Ultimate Fighting Championships 190 is being held in Rio de Janeiro on Saturday, Aug. 1 and this is going to be a very good fight card. The top three fights are going to be serious battles. I’m not sure if any of these fights have the makings for “Fight of the Night,” but they are going to be very exciting.

(C) Ronda “Rowdy” Rousey (11-0-0) vs. (No. 7) Bethe “Pitbull” Correia (9-0-0)
This is going to be a five-round women’s bantamweight (135 pounds) title fight. Once again, the champion is back in the Octagon. Once again, in my opinion, she is fighting someone who is not on the same level. But by the same token, Rousey already has fought everyone who is a UFC contender. And I completely understand that anyone can be beaten on any given day. Believe me, I totally understand that. I am not trying to “write-off” Correia before she even steps in the Octagon. I just feel that is a lopsided match favoring Rousey. I think that Ms. Rousey will go back to the tried and true arm-bar submission in the first round this time. My prediction: Rousey wins via arm-bar submission in the first round.

(No. 8) Mauricio “Shogun” Rua (22-10-0) vs. (No. 11) Antonio Rogerio Nogueira (21-6-0)
This is going to be a three-round light heavyweight (205 pounds) fight. I am very torn on this match-up. I like both of these guys and they both are great fighters. They both are black belts in BJJ. I think these guys are going to want to slug it out, standing. “Little Nog” is a fighter who likes to stand and throw punches. Rua has a good percentage of his fights stopped by landing heavy hands on his opponent. I think when it comes down to it, this fight is going to be won by two things: the fighter who is able to land the first HARD punch and whoever has more heart. The Nogueira brothers have more heart than most other fighters combined. Rua will need to overcome that AND land unanswered heavy blows. Little Nog just needs to keep coming forward, like he always does and keep landing punches in bunches. My prediction: Nogueira wins unanimous decision.

(No. 14) Stefan “Skyscraper” Struve (29-7-0) vs. Antonio Rodrigo Nogueira (34-9-1, 1NC)
This is a three-round heavyweight (265 pounds) fight. Holy cow, I like watching Struve fight. He’s 7-feet tall, SEVEN FEET TALL. Most National Basketball Association players aren’t that tall, and this guy is a highly-ranked, professional mixed martial arts fighter. He is a brown belt in BJJ and a black belt in kickboxing. On the other side of the Octagon is “Big Nog,” one of my favorite fighters. You basically have to shoot this guy with a bazooka to stop him. The word quit is not in this warrior’s vocabulary. Not only that, but he is a highly decorated BJJ practitioner who has his 4th-degree black belt. Both of these guys are on a two-fight-losing streak. Both of them are going to be looking at getting things back on track and putting one in the win column. Struve has a reach of 84.5 inches, currently the longest in the UFC. It’s going to be difficult for Big Nog to get close to Struve. If Nog does close the distance and gets in close, he will have to be careful of Struve’s knees and elbows. But, if Nogueira gets his hands on Struve, I think he has the advantage in the grappling department and in the ground-and-pound department. In my humble opinion, I think Nogueira is going to take this one. Like I said earlier, I like both of these fighters. I have huge respect for them. In the end, there can only be one… My prediction: Nogueira wins by TKO in the third round. 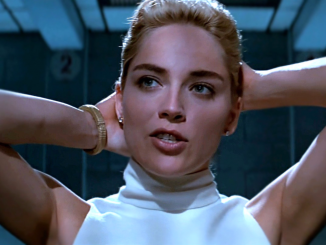 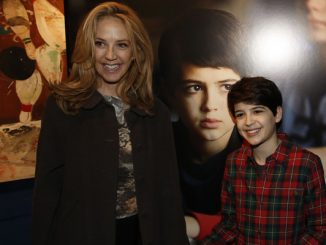