If you turned your head, you missed it.
“Rowdy” Ronda Rousey (11-0) recorded the fastest finish of her career and in a UFC championship fight on Saturday, submitting Cat Zingano via straight armlock just 14 seconds into their bantamweight title fight. The bout headlined UFC 184 inside of Staples Center.
With the win, Rousey has now defended her UFC bantamweight title successfully five consecutive times with her last three defenses lasting a combined 1:36 seconds. Source.com has been cage side for Rousey’s last two title defense which have lasted a combine 30 seconds.
Zingano raced out of her corner and threw a flying knee at Rousey which is something she had never done previously on any of her UFC fights. Rousey caught Zingano midair, threw her to the floor during the ensuing scramble and jumped into the straight right armlock.
“We were actually suspecting she might do something flying at me right away,” Rousey said. “I’ve actually been working on that behind arm armbar. Not from that angle, but hey, it works.”
It was over so quickly, Zingano seemed stunned. Anyone in attendance or watching on pay-per view who knows what she has been through over the last year and half just to get this title shot, heart had to go out to the previous undefeated Zingano.
“I want to do it again,” Zingano said. “I just, f—. She did it. She did a great job. I want to do it again.”
For Rousey’s mother, who began teaching her daughter armbars and other grappling techniques at a very early age, said spectacularly quick finishes are the way to go.
“I think stylistically Ronda was a really bad matchup for Cat because she is typically a slow starter,” Dr. Ann Maria Rousey DeMars, on her daughter’s stoppage of Zingano in the first round via armbar submission. “By Cat throwing the knee she typically wouldn’t throw, she was rushed and you can’t be that way at this level. I’m sometimes surprised by the decisions Ronda makes but when I step back and see how she finishes people even I have to step back and say wow that was a really great decision.”
For Rousey’s manager, Brad Slater, summing up what his client does is simple.
“Ronda is a superhero plain and simple, and I’m never surprised by what she does.”
Despite being eleven fights into her career, Rousey is still amazingly below 25 total minutes of the fight time it takes to compete a five-round championship fight at (24:41).
After defending her UFC women’s bantamweight title for the third time in a one-year span on Saturday, Rousey plans to take a little time away from the Octagon to film a movie before she accepts another fight.
She had an agreement with the organization prior to the fight that she’d be taking a brief break following the event.
What’s next for the “Rowdy” one in the Octagon is anyone’s guess.
She expressed interest in fighting either Holly Holm (8-0) or Bethe Correia (9-0). Correa, who flew in all the way from Brazil to be cage side for the fight, has scored wins over two of Rousey’s training partners in Jessamyn Duke and Shayna Baszler. Holm won her UFC debut in Saturday’s co-main event, outpointing Raquel Pennington via split decision.
“Holly Holm is a world champion boxer, and I want to test myself against that striking,” Rousey said immediately after the fight. “And Bethe Correia is undefeated and I’d like to take that ’0′ away from her.” 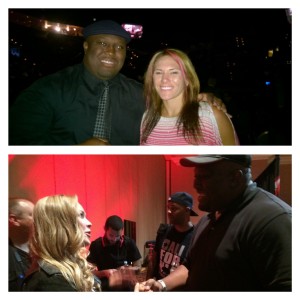 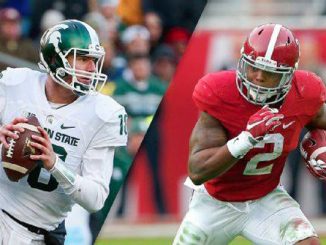 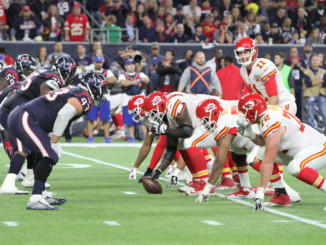