Both Hendricks and Pettis will be defending their belts for the first time.

“This whole process I haven’t looked at myself as the champion,” Hendricks said. “This is a fight and as soon as you sign that bout agreement, you are fighting for a belt that’s in the middle and belongs to nobody. I don’t get to take my past fights into this one. As soon as you start believing your own hype, it’s time to retire.”

Hendricks will defending his belt against the man he won it against at UFC 171. If Hendricks versus Lawler II is anything like the first fight, UFC fans could be in store for a very memorable night.

At UFC 181, Hendricks now healthy after fighting with a torn triceps in the first fight, believes he has the perfect dance partner to win yet another “Fight of the Night” award, even though he’d prefer “Knockout of the Night.”

The question going into this rematch is whether Lawler has learned how to compete. He’s going up against a lifelong winner in Hendricks. Stylistically, it’s either man’s game this weekend. Who will compete better?

For my money I think a healthier fresher Hendricks, who will be able to seriously impose his wrestling game this time will be the biggest difference between this fight and the first. I’m expecting Hendricks to pick his spots on the feet and win on the ground by grounding out a unanimous decision to keep his belt.

On the other side of the co-main event, Pettis (17-2) will be making his first appearance in the Octagon since winning the belt August 31, 2013 due to injuries.

“I’ve just had bad luck. In my last fight [against Benson Henderson], I had a great performance. He threw one kick and it tears my PCL. All I can do is keep my head up and stay positive. I’m not going to let it get me down.”

Following a layoff of nearly 16 months, Pettis is optimistic he could fight up to four times in the next 12 months. He admits that might be a stretch, but he sees at least three title fights during that span. For that to become a reality he must first get by Melendez who hasn’t fought since October 19, 2013 at UFC 166 in Houston where he was in a hellacious battle with Diego “Dream” Sanchez.

Melendez (22-3) appeared in 10 Strikeforce title fights and fought then-UFC champion Henderson in his promotional debut in April 2013. Melendez has a big-time right hand which he heavily relies on. He cuts off the cage reasonably well and his wrestling ability (both offensive and defensive) is solid but doesn’t jump off the page. His punching accuracy, cardio and intellect make him one of the best lightweights in the world — not necessarily spontaneity or flash like the champion Pettis.

I think Melendez will find a way to get through “ShowTime’s” flash and grind out a decision to shock most in the MMA world and become the new UFC Lightweight Champion of the world.

“Anthony is a great mixed martial artist who does some really neat tricks which can disrupt anyone’s rhythm,” Melendez said. “My strength is in the wrestling and grinding department and I plan on putting him on his back and making it a messy fight. The messier the better for me, if I can put him in some superior positions and make things sloppy I really like my chances.” 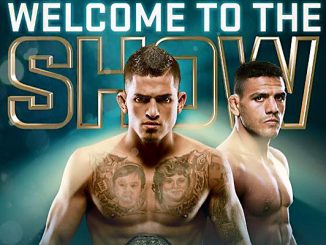 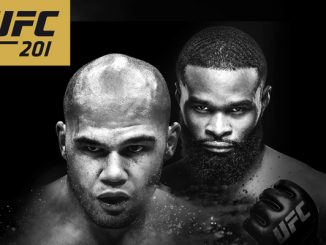 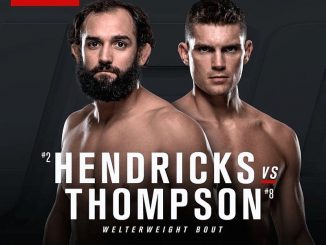