In today’s NBA, debate about who is the best point guard, shooting guard, center, etc. is often fueled by who is hot at that particular moment. Well in my personal opinion, a point guard is the single most important position on an NBA team.

I, however, will always stick with the quarterback of the court. The guy who will have the ball in his hands at least 70-80 percent of the possessions that his team has the ball.

The best point guard in the league: Chris Paul

Simply put, this guy is something else on the court. He is an amazing basketball player with an I.Q. that is off the charts. On top of averaging 19.6 points and 11.2 assists per game he only turns the ball over 2.5 times a game. His assist to turnover ratio is about 4.5 to 1. That is extremely good for someone who has the ball in his hands pretty much every time his team has the ball, which is about 35 minutes of a 48 minute game, nightly. He understands where his teammates want the ball and does his best to get them the ball accordingly.

As a point guard it is your responsibility to know what your team needs at any given moment. Chris Paul knows when to get his teammates involved and when to take the game over. His player efficiency rating, before an injury that will sideline him for about five or six more weeks, was fourth overall in the NBA. This guy just gets it done on a nightly basis. Over his nine year NBA career, he has averaged an amazing 18.9 points and 9.9 assists a year.

The Clippers are an admirable 3-1 since Chris Paul’s shoulder that took place on Jan. 3, but there is no doubt that this team is ready to not only have their captain back, but they are ready to be all that they can be as a team, and that will only be possible with Chris Paul at the helm.

Chris Paul just may be the most important person to his team. Ok, ok, John and Kyrie Irving make interesting points, but when it comes to producing and getting teammates in the best position to succeed Chris Paul takes the cake. Sock-it-to-me cake. 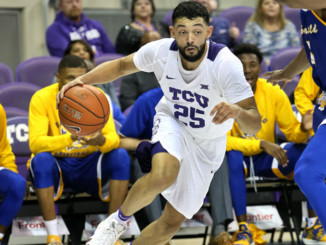