Happy Labor Day from wet and rainy North Texas. From wherever you are spending this weekend I hope you have had fun with friends and family and the like.

The good news is there is but one month left for the baseball season in Houston. It will end on an historical note when the New York Yankees finish out with a three game set and-if no playoffs-one last goodbye for Mariano Rivera as he sets off for the sunset of retirement.

August began…and ended in a dogged fashion. Hence the term ‘Dog Days’ in which it feels more like ‘Dog Daze’ when the month comes to an end.

The month ended on a high note as Brett Oberholzer would hurl a complete game 4-hitter against a crafty but equally effective Hisashi Iwakuma 2-0. A scoreless duel until the 8th inning when Jose Altuve had a leadoff double.

“I told Altuve in the eighth, just give me one [run],” Oberholtzer said.

Jason Castro would double Jose in. Houston pushed another run across for added measure. In a week where the Astros scored only 8 runs in 5 games this was a welcome victory for a 2-5 week. Oberholzer came off a poor start.

“I tried to push my A-plus stuff out of me,” Oberholtzer said. “I got back to my strengths — throwing fastball, changeup. The last couple of starts, it wasn’t clicking, but today it was.”

Oberholzer has been impressive since his callup to the majors July 27th. Sunday he allowed four singles while fanning five.

“He was on the attack from pitch No. 1,” Houston manager Bo Porter said. “He decided he was going to be aggressive and attack the strike zone. He made them swing the bat early in the count.”

“He was getting ahead,” said Castro. “That enabled him to get some guys to chase some fastballs out of the zone a little bit that put him even more ahead. Then he used his breaking stuff to keep them off balance. He was able to dictate at-bats. He knew exactly what he wanted to do. It made my job easy.”

The job wasn’t as easy in the last week which began in Chicago. August 26th there was a 10-8 come from ahead victory with back to back jacks by Matt Dominguez and Chris Carter. Subsequent losses by scores of 4-3 and 6-1 gave the White Sox the series.

Seattle came to Houston and promptly took three of the 1st four by scores of 3-2, 7-1, and 3-1. If you can erase a rough first inning by Dallas Keuchel on Saturday we might be talking about back to back shutouts. Two singles, an error and a fielders choice led to a quick 3-0 Mariner lead. Dallas Keuchel reflected on that first inning.

“Very interesting,” he said. “I couldn’t dwell on it. I thought there was a couple of plays that were close. That pretty much just sums up our season. I couldn’t dwell on it, though, because I would have been in a world of hurt. I got out of it and gave us a chance to win.”

Sadly a .176 team batting average and an inability to get runs across in 5 games overshadowed a performance where Keuchel would retire 12 straight and face the minimum of 18 over the next six innings.

“It’s the big leagues and those innings are going to happen,” Keuchel said. “I thought Marwin made a good play. The throw was a little bit off. Who knows? We make that double play it could be 1-0 us. The fact of the matter is, I let three runs score in the first and that was the difference.”

Chris Carter contunes to be your Home Run and RBI leader with 26 and 70. A good chance at 35 and 100 for 2013. Strikeouts aside Carter has been the main cog for Houston offensively. Matt Domniguez second at 19 and 66. Jason Castro third at 18 and 54.

Expect this trio to lead the fortunes of the Houston Astros in the years to come alongside leadoff guy Jose Altuve as your Astro hit leader with 139 in addition to 30 stolen bases. Altuve also continues to turn double plays at a dizzying pace with 102.

Minnesota comes into town today for three before Houston hits the road to Oakland and Anaheim. 1st pitch today and Wednesday at 1:10 pm. 7:10 pm tomorrow night. Houston enters September with a 45-91 mark after an August of 8-21. 55 wins may be a stretch for 2013. Good days are ahead with the pieces put into place. 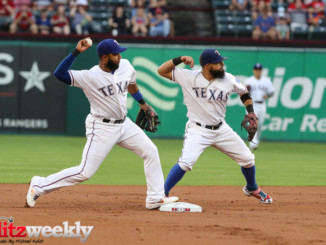