“This could be the last time/May be the last time/I don’t know.” That lyric from the Rolling Stones hit “Last Time” seems to hang over the legendary band every time it books a tour, such as the “Zip Code” outing that stops at AT&T Stadium on June 6.

To mark what is potentially the last opportunity for Dallas area fans to see the age-defying Stones in person, here’s a look at this writer’s top 10 Rolling Stones studio albums. Mick, Keith and the boys have certainly released some dud albums in their half century together, but these albums brought credence to Stones’ self-proclaimed title of being the “world’s greatest rock and roll band.”

1) Exile on Main St. (1972)
More than any other album, Exile captured the grit, decadence, swagger and range of the Rolling Stones. Along with the classic hit, “Tumbling Dice,” this two-album set gave fans enduring classics like “All Down The Line,” “Happy,” “Rip This Joint” and “Sweet Virginia.”

2) “Let It Bleed” (1969)
Song for song, it’s tough to beat Let It Bleed. Five of the nine songs here – including “Midnight Rambler,” Gimme Shelter” and “You Can’t Always Get What You Want” – have been cornerstones of the Stone’s catalog and live shows since this album was released.

3) Beggars Banquet (1968)
The Stones were never better than from 1968 through 1973 – a period where rock music as a whole came of age. The Stone’s magical run began here with the album that includes two dark epics – “Sympathy for the Devil” and “Street Fighting Man” – that also made the Stones the band your parents feared the most, as well as such gems as “Stray Cat Blues, “ Salt of the Earth” and “No Expectations.”

4) Sticky Fingers (1971)
Two years in the making, this was one of the Stones’ more labored albums. Fortunately it didn’t show in songs, like the iconic “Brown Sugar” and “Wild Horses” or other standout tracks like “Sister Morphine,” “Bitch” and “Can’t You Hear Me Knocking.”

5) Some Girls (1978)
After hitting a career peak with Exile on Main St., the Stones slumped considerably, still turning out the occasional great song, but releasing a string of uneven albums. Then came Some Girls. Going back to the band’s rough-and-ready guitar-bass-drums basics, the album had stingers like “Shattered” and “When The Whip Comes Down,” some great R&B in “Miss You,” playful country in “Far Away Eyes” and the saucy title track.

6) Aftermath (1966)
The first Stones album to feature all original material, the Stones grew more adventurous stylistically and instrumentally on Aftermath, with hits like “Paint It Black,” “Under My Thumb” and “Lady Jane” (which worked despite its smirky Old English motif).

7) Between The Buttons (1967)
A consistently strong album that found the Stones broadening their stylistic reach and hinting at the edgier and more accomplished material that was just around the corner. Between The Buttons was headlined by “Let’s Spend the Night Together” and “Ruby Tuesday.” But it also had plenty of worthy lesser known album tracks (“Connection,” “All Sold Out” and “Complicated”) that made this one of Stones’ most satisfying 1960s albums.

8) Voodoo Lounge (1994)
The Stones’ four most recent studio albums (the others are Steel Wheels, Bridges To Babylon and A Bigger Bang) were all solid efforts and a welcome return to form after the 15 years of inconsistency that followed Exile on Main St. By a hair, Voodoo Lounge is the best of the post-90s album, with plenty of taut rock (“You Go Me Rocking” and “Sparks Will Fly”), the simmering and slightly sinister “Love Is Strong” and the instrumentally and rhythmically inventive “Moon Is Up.”

9) Out Of Our Heads (1965)
The Stones’ fifth U.S. album was the one where the band moved from emphasizing covers to featuring Jagger/Richards originals, which easily stood up to the outside songs. Oh yeah, this is the album with “(I Can’t Get No) Satisfaction” – reason enough to put this benchmark album in the top 10.

10) Tattoo You (1981)
After the spotty 1980 album Emotional Rescue, the Stones returned to form on Tattoo You. Like Emotional Rescue, this album drew partly from songs written during the Some Girls period (including “Start Me Up” and ”Hang Fire”). But the songs are inspired enough that Tattoo You didn’t feel like an album that leaned (at least to a good extent) on leftovers. 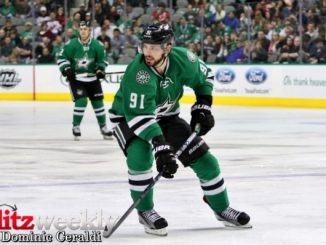 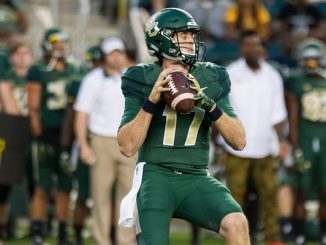 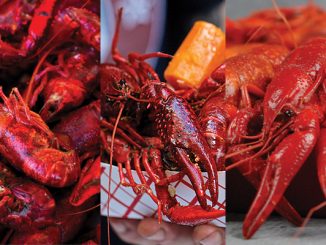