We’ve all got problems. We’re human, after all. Though the world is dealing with an actual health crisis, most of us are nursing our NFL withdrawals with our newly prescribed XFL football. For those who were expecting more of those crash-zooms into cheerleaders, maximum physicality for the maximum splash for the viewer’s need to satisfy the armchair bloodlust at zero consideration for the men dealing/receiving the on-field punishment.

However, this league through two weeks has been a legitimate remedy for the need for more football. Not a cure, that’ll come in September, but a legitimate product that looks, sounds, smells, and plays like the real deal. These guys are playing to win. Not just the immediate, but they’re playing for their own futures. For the potential of the glory of a camp invite, whether that be to post-draft OTA’s or the ultimate goal at perhaps a second shot at getting through training camp. The XFL has it’s unique quirks. The instant interviews are a strange addition, and a very cool, if unnecessary, broadcasting tool that could never make it to the NFL, so to have that access to the players making the plays is uniquely to the XFL. The world saw the first three-point extra-point in the Los Angeles versus Dallas game, but I don’t see the NFL embracing any sort of modification to the extra point tradition. The XFL kickoff WILL be in the NFL. The potential for more strategic kicking, the emphasis on stronger blocking, and the likelihood of less injuries on kick coverage while raising the likelihood of a return touchdown. It’ll be there on fall Sunday.

The XFL is in a strange spot at the conclusion of the second week of the league. The need to get more talent at the quarterback position while not sacrificing team continuity. I’m torn on what the XFL should label it. I’m not sure calling it a problem is quite necessary, it is still exceptionally early. It’s not really at issue status either. It’s close to issue though. There are guys that can develop into solid quality camp arms, but that’s just not where this league needs to be. It can’t. They need to get some zest. They need some needle movers. Jordan Ta’amu is the best thing the XFL has going right now. He’s a righteous gamer at the quarterback position. Guys like Josh Johnson and Landry Jones are really smart safe choices to lay the foundation for the league, to show the representative “floor” of their teams. But, it’s got to improve.

That’s where I come in, to be the hero. To find the underutilized and not-yet represented. I think that this is a list of quarterbacks that have the perfect ratio of needing time and having the skills to translate.

Number One: Josh Rosen (Age:23). Despite having been gotten rid of by the Cardinals and having been benched for Ryan Fitzpatrick, there is still meat left on the bone for Josh Rosen. It’s hard to say just how much potential that Rosen has, but three years ago, he was a tenth overall pick with the Cardinals thinking and hoping that they picked up the next example of a sliding talent with an itchy attitude towards those who passed on him in the process like a new age Aaron Rodgers. Rosen played in his rookie season, on a very barren team that saw David Johnson have a terrible season coming back from previous season’s injury and it was all on Rosen to lift his team from week four on. They earn the top pick in the last draft, the Arizona staff is completely changed and Josh Rosen was the odd man out with some value to boot. They get a second rounder in return, and Rosen played pretty much room temperature for the Dolphins. With the amount of draft capital and cap space, along with Rosen’s underwhelming performance, makes him the prime number the candidate for assignment in the XFL. He’s got turn around potential, he’s got all the traits of a great reclamation project, that also demonstrates the way the XFL can be used to help develop/restore players.

Number Two: Paxton Lynch (Age:26). Lynch never really did anything with his opportunity when he was thrust into action for the Denver Broncos. He under performed his draft position, and it’s just another swing and miss of quarterback by John Elway. Lynch has all of those pre-draft quantifiers that people love to look and point to that keep people employed. His size, arm ability, his mobility are all things that could be built off of.

Number Three: J.T. Barrett (Age:25). Like Paxton Lynch, Barrett is signed on the the Pittsburgh Steelers as depth, as they went through quarterbacks as if they were harvesting them. But, the XFL is currently featuring Barrett’s old Ohio State teammate Cardale Jones in Washington, and he’s very much a bright spot for the league along side Ta’amu and Houston’s P.J. Walker. Barrett has a good pocket skill set that would allow him to showcase what he could do with a football team, we’ve all seen him lead the Buckeyes.

Number Four: Mason Fine (Age:22). What the XFL really needs to attack is getting young bubble players to choose them as their pre-draft route, allow the on the field football be what showcases them and get to a team in the summer that way. I don’t think Mason Fine will be drafted. Fine doesn’t have the ideal size (he’s listed at under six foot) though he isn’t Kyler Murray short. But, Mason Fine does have a decent amount of arm talent that could develop into a truly great live arm.

Number Five: Kelly Bryant (Age:23). Of my final options, Kelly Bryant might be the most intriguing one. History will remember Kelly Bryant as the quarterback between Deshaun Watson and Trevor Lawrence, and more than that, the player who left the team after being replaced by Lawrence. Bryant had a decent season for the Missouri Tigers, but really nothing to help rewrite his narrative. And, I don’t think a lot of people in power are going to think that he’s garnered any heavy NFL consideration. Bryant has the talent that would really be able to shine through in the XFL, and could continue to develop into something that NFL might want to call upon.

How realistic is any of this list? Well, seeing how much a backup quarterback in the NFL makes, I don’t think giving up that sort of cheddar to pursue improving yourself and a different league is really even close to an option. But, for the two who have yet to have a taste in the NFL, the XFL should be a heavy consideration, and should become an alternate path to the NFL. 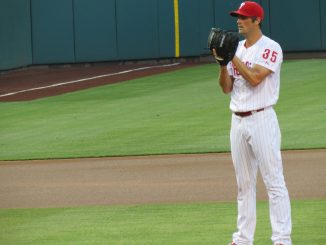 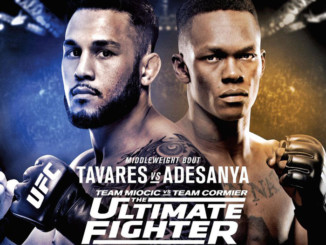