The new NFL season is up and running, and the Raiders are adapting well to a new chapter in Las Vegas. The much-travelled franchise got off to a winning start in their new home in the desert state of Nevada, impressively beating the New Orleans Saints 34-24 in game Week Two. But, let’s take a look at how they have ended up in ‘Sin City’.

The Raiders, who are massive outsiders to win Superbowl LV – according to the betting exchange – were formed in Oakland, California back in 1960, before swapping their origins for Los Angeles in 1982. However, the move to LA was short lived, and they returned to Oakland 12-years later, in 1994. In 2016, the franchise’s owner Mark Davis – who is the son of the Raiders founder Al Davis – started to look into expanding the legendary Oakland Coliseum, but then the chance to move to Vegas came about. And, it was in 2017 – with only the Miami Dolphins opposing – that the franchise was granted a move to Las Vegas, and the Raiders officially moved to their new home earlier this year, in preparation for this season.

It is believed that the NFL had wanted a Vegas-based franchise for years, but the city’s links with gambling had hindered any sort of advancements. However, now that sports betting is legal all across the states, and the Las Vegas Golden Knights NHL team have proved a success – reaching the Stanley Cup final – now was the perfect time to finally set-up Sin City’s first franchise.

The Raiders’ new home, which sits on a massive 62 acres close to the whopping Mandalay Bay resort, and overlooks the famous Las Vegas strip, cost a jaw-dropping $1.9 billion to build, and boasts a capacity of 65,000. Branded the Allegiant Stadium, the state of the art venue, which is a ‘one-of-a-kind joint’, according to Raider coach Jon Gruden, has a roll-in surface, huge screens, a world-class sound system, an 18,500-sqaure-foot team megastore, a translucent roof, and a glass side – which looks out onto the south-end of the strip.

However, perhaps the most impressive feature, is the 95-foot tall, 3D printed, torch – which is the largest 3D printed object in the world – looming over the north-end touchdown zone. The gigantic torch is in memory of founder Al Davis, and his widow did the honours of lighting it ahead of the Raiders first match against the Saints.

Earlier this month, standing in front of his father’s memorial, Mark Davis gave the amazing venue the nickname; ‘the Death Star’.

“Welcome to the Death Star, where our opponents’ dreams come to die,” the franchises current owner told his squad.

“This is our field of dreams. This is our house. The stadium’s personality will be defined by you, so take pride every time you step on this field wearing those famed black jerseys and silver helmets.

“So, I will leave you with three words — Just win, baby. Welcome home.”

Some 11-miles south of the Allegiant Stadium lies the just as impressive Raiders training facility and headquarters, which includes a performance centre and one and a half indoor fields, as well as an outdoor training area with three fields, a pool, hill for agility training and sand pit for resistance training.

The Raiders are off to the best possible start in Vegas, and we hope they are there to stay! 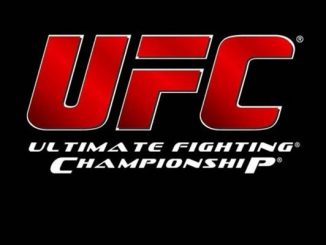 WHY THE STRAWWEIGHT DIVISION SHOULD KEEP AN EYE ON JESSICA ANDRADE