As the horn sounded, ending what was scheduled as a game on Sept. 18, 2015 between a small private school located in East Dallas named Bishop Dunne and the once “area-dominant” school, Dallas Roosevelt, the final score wasn’t indicative of the way things used to be.

For those not in attendance, which entails everyone except the reported estimate of about 150 who sat in the stands to witness what actually happened, word quickly spread throughout the Metroplex via social media that NINETY, that’s right, ‘90’ points had been put on the scoreboard by one team while the other team failed to change the zero. That’s right, the same ‘0’ points that were on the scoreboard during pregame warm-ups.

The Dallas Independent School District began its desegregation process during the turbulent late 1960s. Separated by a radius of only 12 miles, South Oak Cliff, David W. Carter and Justin F. Kimball all were built from the late 1950s into the middle 1960s and predominantly with “all white” enrollments. Franklin D. Roosevelt opened in 1964 to accommodate the overflow of African American, then racially-labeled as Negro, students who lived north of Illinois Avenue and east of Marsalis Avenue in Oak Cliff who were being bused to James Madison and Lincoln High in South Dallas.

By the 1970s, the landscape began to change. South Oak Cliff, better known by its acronym of SOC, saw its enrollment change quickly from all white to predominantly all black overnight it seemed. Both Carter and Kimball saw their own enrollments begin to change, although not to the extreme as to what had occurred over at SOC. Sitting further south, these two schools were surrounded by finely-manicured lawns leading up to newer brick homes, unlike the less-expensive framed homes that covered the district from which SOC pulled its students.

Other DISD high schools are purposely excluded from this topic. Forty years ago, when talk of DISD football was brought up, usually that dialogue was somehow attached to what was known then as ‘The Big Four’… the aforementioned Roosevelt, SOC, Carter and Kimball. Those teams were comprised of the best athletes Dallas had to offer. Each had enrollments teetering around 3,000 and finding quality players walking the hallways was an easy task for the coaches of these schools.

Competing in the same District 12-4A, back when 4A was the largest classification in the University Interscholastic League, it was arguably the toughest district in the state. In a time unlike today where as many as four teams from a district can advance to the state playoffs, back then only the champion was rewarded with a playoff appearance. Never was that one team a part of any of the others who completed the District 12-4A (Sunset, Adamson, North Dallas and Pinkston). It always was one of ‘The Big Four.’

There was an embarrassment of riches at these schools throughout the 1970s and well into the early  1990s. With names like Harvey Martin, Wayne Morris, Michael Downs, Tim Collier, John Washington (Jefferson), Jeff Fuller, Richmond Webb, Aaron Wallace, Kevin Williams and Jesse Armstead to name a few who went on to play professionally, the competition amongst the teams were of epic proportion. Crowds filled the stands of Sprague Stadium and the Cotton Bowl, usually the designated locations for the battles amongst the four. It was standing-room-only in most cases. The buzz leading up to these games was magical as the anticipation of high school football at its finest was to be displayed.

Players took pride in representing these schools. Childhood friends in a lot of cases, the boundary lines which determined where you went to high school was thin. For example, Kiest Boulevard separated kids who attended Oliver Wendell Holmes Middle School together. If you lived south of it, you were to attend SOC. North of Kiest and Roosevelt is where you would have to attend. Former SOC athlete and 1975 graduate Aaron Nealey mentioned the pride that players from his era had for their schools and neighborhoods.

Unfortunately the same can’t be said for these schools or the community for that matter with the product we see today and for the past two decades.

‘White Flight’ is a term used for the unplanned and hurried relocation of white people who lived in large metropolis’ like Dallas in the late 1960s. Moving trucks were plentiful in parts of Oak Cliff during this time as some whites didn’t want black families living in their neighborhoods. It was their belief that somehow with a single black family purchasing a home within a ‘rock’s throw’ of their home, the value of their property would plummet well below its actual value. So up went the ‘For Sale’ signs and off to Plano, Lewisville, Duncanville, and Grand Prairie they went.

Some 25-plus years later, what is known in some circles within the Oak Cliff community of Dallas as ‘Black Flight’ happened. Now this wasn’t done in the same way ‘White Flight’ was executed. Black home owners in Oak Cliff were not concerned about the resale value of their homes being compromised. ‘Black Flight’ happened as a result of a race of people who began to do better financially and wanting to live that American Dream like any other race of people would want.

College educated with well-paying jobs now, the chance to purchase homes in the southern suburbs of Dallas County like Lancaster, Desoto, Duncanville and Cedar Hill became a reality for those people who were born and raised on or near major Oak Cliff thoroughfares like Kiest, Lancaster, Ledbetter, Westmoreland, Marsalis, Camp Wisdom, Polk and Illinois. These neighborhoods always rated high in crime rate, the chance to live “a better life” and give their own kids a chance at a better upbringing and education than what they had experienced started to become a normal occurrence.

Not only were the southern suburbs the recipients of “black flighters,” communities to the east and west of Dallas like Mesquite, Grand Prairie and Arlington became landing spots as well for these black 20-something professionals looking for a better place to raise a family.

The 1970s black sitcom The Jeffersons’ introduction theme song was titled “Moving on Up.” It signified the idea of black people doing well for themselves financially and as a result of it, their status symbol to show that success became where you lived and the home they owned.

Those framed homes and apartment complexes in which most were raised no longer were good enough in which to reside. If they saw themselves as a success and wanted others to view them that way as well, then purchasing a $35,000 flat on Overton Road wasn’t going to suffice. Now the “cookie cutter” subdivisions of suburbia became the mark of success.

The 2,500-square-foot floor plans were three times the size of the 800 square feet of living space they knew as a kid. Never mind the ARM (Adjustable Rate Mortgage) of their new home that could possibly see them paying upwards of $2,000 a month, it was well worth every penny spent for them to “appear” successful. They had “moved on up” just like The Jeffersons did on the television show.

With the population increase of the surrounding suburbs of Dallas by those who saw fit to do so, the trickle-down effect of DISD football began to rear its head. If families with kids of age were no longer living in south Dallas, the enrollment of the schools had to take a hit as well. As early as 1990, both Roosevelt and South Oak Cliff saw a steady decline in their enrollments. Long being in the UIL’s highest classification, 5A as of 1980, realignment saw fit to drop both schools down to 4A. Enrollments at Carter and Kimball were high enough to remain in 5A, yet those numbers continued to drop with each passing year, subsequently landing them in a lower classification as well.

As declining student head counts were taking place at ‘The Big Four,’ Cedar Hill High was experiencing a sharp increase. Forever straddling the 4A/3A line, DISD leadership suddenly saw fit to construct a larger school for the influx of new students of darker hue. For example, in 1986, Cedar Hill graduated 165 students with fewer than 20 being African American. Fast forward to 2005, the graduating class numbered 447 with 274 African American. That’s a little more than a 1,000 percent increase in African-American students within that time frame.

It should also be noted that the 1986 class football team went 4-6. In 2006, Cedar Hill went 16-0 and was crowned 5A Division II State Champions, the first of three titles for the Longhorns. It’s not a coincidence that this former pushover suddenly became a “football factory” as a result of ‘Black Flight’ from Oak Cliff.

Subsidized housing had long been something the inner city had for its residents whose income was low enough. Even if they had a viable source of income, many received government assistance for their housing needs. Government projects were where you would usually find those on this program.

As families grew, but not their income, freestanding homes were made available to lease on the program. These homes were mostly in close proximity to the projects, never in the well-maintained neighborhoods of Oak Cliff. In the late 1990s, the southern suburb property owners began to offer their homes to those receiving these benefits. These were basically investment properties and they could count on the guaranteed monthly payment from the government. This vessel to suburban life came without the hard work and good jobs that the “moving on up” crowd took to get there. The guaranteed government credit to a landlord’s account was this particular faction of folks’ vehicle to houses with attached garages and island kitchens. Both ways took kids, many very athletically gifted, out to the suburbs and away from ‘The Big Four.’

The combination eventually decimated the athletic programs, football in particular, of ‘The Big Four.’ Kids who would be attending Roosevelt like their parents did are now at Lancaster maybe. The offspring of SOC graduates are probably lining the halls of Cedar Hill. Carter and Kimball’s lineage may be over at Desoto and Duncanville. These schools have become elite programs in the state, producing state titles and ‘Ground Zero’ for college coaches looking to add talent to their roster.

Even in lowered classifications, the struggle to be competitive on the field is a hurdle for Roosevelt, Carter and Kimball today. SOC has enjoyed some recent success after many years of mediocrity. It seems like those remaining talented middle school players in DISD who don’t end up playing for Skyline High School regardless of where they live, SOC manages to secure them.

This past regular season saw Roosevelt, Carter and Kimball combine for a total of eight wins between the three schools. An eight-win season used to be seen as a disappointment for those schools 25 years ago.

The demographic change in the neighborhood that surrounds Roosevelt, along with the low enrollment, has neutered the once-proud program. If only 400 kids are sitting in the classrooms daily, the odds of filling out a competitive team in Dallas are very slim. What you do wind up with is a team that surrendered 90 points to a small private school all while laying a “goose egg” themselves at game’s end.

Times have changed for sure since that would never have happened in the past. ‘Black Flight’ is what led to that 90-point thrashing back on Sept. 18. The kids on the field that day got embarrassed as news of the defeat went viral nationally.

It wasn’t their fault. Who is to blame are those who turned their backs on a community which once gave them so much. The pride in the community left as those folks “moved on up.” As a result, DISD football has become an absolute disgrace to those who still support those programs.

Queue up the funeral procession music because the death of ‘The Big Four’ is inevitable. 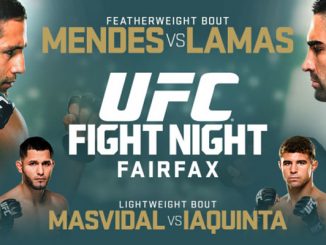 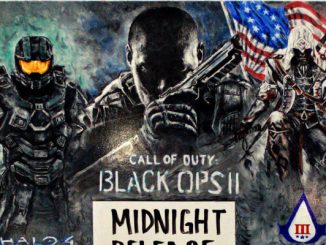