Fitting that Jon Stewart’s live final Daily Show episode was on the same night as the first Donald Trump featured Republican Presidential Debate, but unlike his many shows before, the finale was all about Jon.

Sixteen years, 17 seasons and 142 episodes later Stewart began the show with the same paper scribble and quick cometic attack of political officials. He was quickly joined by correspondents and guests currently on the show like Jessica Williams to several past cast members that included Steve Carell and John Oliver.

As the final guest/correspondent, Stephen Colbert brought Stewart to an emotionally humbling and joyful state by expressing the importance his actions helped the comedians he worked with.

“You said to me and to many other people here years ago to never thank you, because we owe you nothing,” said Colbert. “We owe you… so on behalf of so many people who’s lives you’ve changed over the past 16 years, thank you.”

Then Stewart took us on a tour of the building and staff involved with putting the show together. Each individual was named or Stewart-ed nicknamed with brief descriptions of what they do to prepare the show making sure every person that worked on the show was acknowledged for their work.

Stewart continued to not directly talk about the other big event on the other network, but he had a segment warning you to beware of a certain type of male cow and a curse word meaning feces. A comedic gesture to make you aware of the lying and corruption that Stewart continues to mock for over 16 years. Maybe hinting some of that smelly odor was spewing from the political debating that night.

The finale ended with his “moment of zen” where Bruce Springsteen performed before Stewart said his final farewell.

Stewart’s show was transcending. If you had never seen The Daily Show before, it took one episode to see how many comedians and actors Stewart guided into successful careers. The best quote of the night came while Stewart was thanking his family, employees and yes us the viewers.

“Not the end, it’s just the pause in the conversation. So rather than saying goodbye or goodnight, I’m just going to say, I’m going to get a drink and I’m sure I’ll see you guys before I leave.” 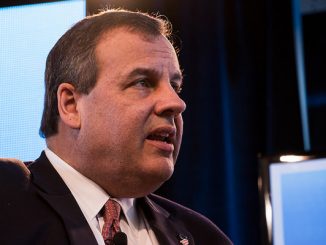