Up until about 2009 count me as among the many who would pore over every statistical factoid that tied into baseball’s midsummer classic. The starting pitchers, the lineups, the futures games amongst the up-and-comers and yes the annual event itself.

In 2002 I was beyond ticked that an event in Bud Selig’s back yard of Milwaukee could end up in a 7-7 tie or whatever the score was. 2003 it was decided that each year the All-Star game would determine which league would get home field advantage come the World Series.

A great idea except for one small problem. In the last five to seven years fans have NOT been served and rewarded with the best starting players in each league. Especially where starting pitching is concerned. The reasoning behind this is undoubtedly varied.

Contracts that award incentives if voted into the All-Star Game. Deciding to enjoy a four day break with friends and family is another viable option depending on where your team starts the second half of the season.

Yet MLB is going to sell me on a marquee game with less than the best talent available? Sorry but I beg to differ.

We already have so many asterisks surrounding the once upon a time pastime it’s time to add one more. Add an asterisk to that which we call a midsummer classic. Managers who only care about keeping their team and players intact with health and starts. No regard for the notion of representing your league. I’d even go so far as to say there is collusion amongst skippers to not have certain players participate in the actual game. Note how Yu Darvish will use this time to heal a throbbing arm via the 15 day DL.

On Monday night we saw the Home Run Derby where monies will be made for many charities and a player shall be crowned the champ for 2013. This year’s champ Yoenis Céspedes took the title. Anyone else remember how poorly some players finished out the second half of a given season when playing in the derby? Bobby Abreu in 2005? Josh Hamilton in 2008?

One time Ranger and current Oriole Chris Davis is someone I’ll be keeping my eye on in the second half of 2013 in the event he starts to get pitched around or starts slumping. Baltimore makes their first trip to Arlington this Friday since the one game playoff victory over Texas last October.

No question old school fans of the game will remember All-Star games of  the past. Ray Fosse getting bowled over by Pete Rose in the 12th inning  in Cleveland 1970. Reggie Jackson darn near taking a Dock Ellis offering out of Tiger Stadium 1971. The Bay Area saw a 13 inning pitchers duel in 1987. Bo Jackson with a homer and stolen base in Anaheim 1989.

Tony Perez connecting for a home run off Catfish Hunter in the 15th frame for a 2-1 win 1967 in Anaheim. Ted Williams being greeted by all the participants of the 1999 Classic at Fenway Park. How about the 1977 All-Star game at Yankee Stadium when Tom Seaver received a standing ovation for a few minutes (recently dealt to the Reds) and five days removed from a blackout during the height of a heat wave on the East Coast? I remember it well.

1977 was also the year Nolan Ryan opted to not want to be a part of the All-Star proceedings which led skipper Billy Martin to say, ‘Nolan better pray he doesn’t go 40-0 because I won’t consider him in the future.’

The Millennium decade has been Texas Ranger friendly. 2003 at US Cellular Hank Blalock went deep. 2004 Alfonso Soriano and the rest of the A.L. go off on Roger Clemens in Houston. 2005 Mark Teixeira bats righty and goes for a tater. Michael Young in 2006 and 2008 providing late inning heroics with a triple in Pittsburgh and sacrifice fly in the 15th inning at Yankee Stadium.

Yes, I will probably peek my head into the television and put up with a few moments of the Bermanizations of,’back back back back back!’ as homers fly at Citifield. I doubt if anything will top what Josh Hamilton provided five years prior.

In closing wherever you happen to be watching the All-Star Game in Queens be sure to partake and to enjoy. It is after all for bragging rights of who gets home field advantage come the fall for your team and league.

Oh, wait. Maybe that’s why some skippers insist on starting their aces on the Sunday before the big game. Out of contention, mathematically not in the race, dealing with unscrupulous agents who have no sense of the tradition and the history of the game. Players who want that four day vacation with families.

Times change, people change, even some rules change. For that I now decree that if the best players are not on the field, the midsummer game is flawed at best. Deserving of an asterisk and void of allowing home field advantage.

It’s just not the same. What once was for fun has now enjoyed a fateful run.

Even then Bud Selig wouldn’t get even. 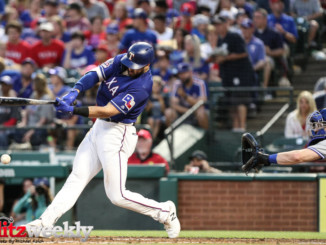 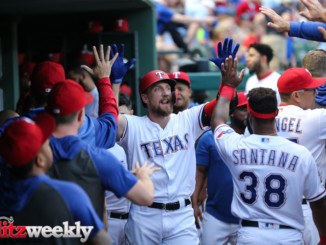