IRVINE, Calif. — Sparks will be flying this Valentine’s Day, thanks to a love connection between TGI Fridays and Pocky. The popular casual dining chain has collaborated with candy snack company Ezaki Glico USA to introduce Red Velvet Sparkler Cake, a decadent dessert creation that recently debuted on TGI Fridays’ menu. The new dessert is already getting rave reviews via Tweets, Instagram posts and Facebook shares, and attracting attention from couples making their February 14 plans.

This is the first time Ezaki Glico USA has collaborated with a major national restaurant chain since expanding to the United States in 2003.

“We’re big fans of Fridays, and welcomed the opportunity for Pocky to be featured in this innovative, new dessert,” said Akitoshi Oku, President, Ezaki Glico USA. “Based on the social response from our fans and theirs, we’re already experiencing the synergistic benefits.”

The new dessert features red velvet cake, layered with cream cheese frosting and topped with red and white sprinkles. It’s served in a bowl of strawberry fizz candy clusters and a scoop of vanilla ice cream, and topped off with Strawberry Pocky. Served tableside with sparklers, the Red Velvet Cake adds sizzle to any occasion, including Valentine’s Day, birthdays, July 4th, graduations, and any day of the week that ends in “y.”

“Our guests that have tried this dessert absolutely love it. We have seen amazing engagement from our team members at Fridays restaurants and strong engagement in our social media circles,” said David Spirito, Senior Director of Culinary Innovation. “The Red Velvet Sparkler will undoubtedly be featured on our menu for a while.”

The Red Velvet Sparkler Cake is available at all TGI Fridays locations nationwide. It’s based priced at $7.99 but prices may vary by location. 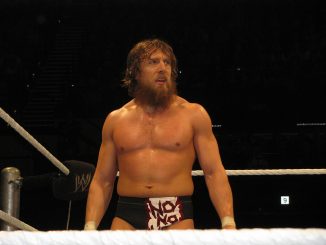 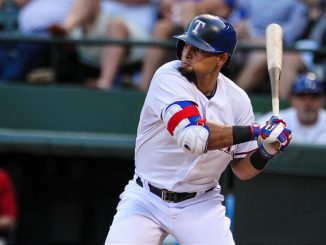