TCU held Texas Tech, the nation’s leader in total offense entering the game at 591.4 yards per game, to 353 yards. The Red Raiders were also tied for seventh in scoring in the FBS at 48.4 points per game and were limited to 17 points. The Horned Frogs have held all six opponents in 2018 below their season averages in scoring and total offense.

TCU got on the board early in the second quarter when Shawn Robinson delivered a 20-yard pass to wide receiver Jalen Reagor for the touchdown.

It was Reagor’s team-leading third touchdown of the season and put the Frogs up 7-3 with 12:14 left in the half, a lead TCU took into halftime.

The Red Raiders regained the advantage midway through the third quarter when Duffey found a streaking Ja’Deion High down the middle of the field for a 62-yard score to put the Red Raiders up 10-7.

The see-saw battle continued when TCU moved back out in front, 14-10, with an eight-play, 80-yard scoring drive, during which KaVontae Turpin accounted for 54 yards. The final 31 yards of which came on a perfectly-placed strike from Robinson.

Just moments later, however, Duffey put the Red Raiders in front for good with 7:02 left in the game when he raced 38 yards up the middle for a touchdown to account for the final score.

Turpin would finish the contest with 120 receiving yards on a season-high six receptions. He now ranks eighth in the TCU record books with 140 career grabs while his touchdown on Saturday was the 12th of his career, placing him in a tie for 10th in school history. 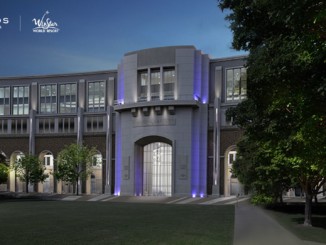 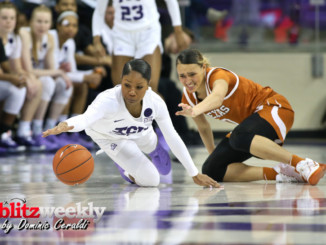 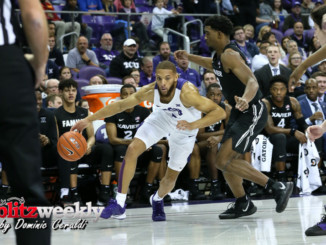 Xavier too much for TCU