6/6 – Game 1 vs Mets – The Rangers played two interleague opponents this past week. The week began with a two game set against the New York Mets. Dillon Gee faced off against Jason deGrom. Both starters got shelled badly and the game became an offensive slugfest. Joey Gallo and Nomar Mazara both hit a homer. Everyone who started for the Rangers got a hit. deGrom gave up eight runs over four innings. The Rangers held a huge lead throughout most of the game, and the Mets scored four runs in the last two innings. Shin-Soo Choo reached base four times. Mazara had four hits. Jared Hoying had a strong outing as well. The Rangers damaged an elite pitcher early and secured a victory in game one of a two game series.

6/7 – Game 2 vs Mets – The final game of the series ended in familiar 9th inning troubles. Robinson Chirinos continues to provide some pop, hitting a massive game-tying homer in the 8th. Matt Bush ran into trouble in the 9th after a Rougie Odor throwing error. Odor led the AL in errors at his position last year. The error was a major factor in the Rangers 9th inning defeat. Jay Bruce hit two homers off of Yu Darvish and was the cause of the Mets offense output. It is worth noting David Wright and Yoenis Cespedes were both injured during this series. Joey Gallo was the only Ranger to not reach base. The Rangers ultimately split the series after the Mets broke the tie in the 9th. Zack Wheeler outdueled Yu Darvish in the starting pitching matchup.

6/9 – Game 1 at Nationals – Andrew Cashner pitched an excellent game against the NL East leading Nationals. The Nationals were unable to touch Cashner, who pitched 7.0 innings of one-run ball. Jonathan Lucroy and Rougie Odor both homered. The Rangers held their lead throughout the game and Matt Bush got the save. Cashner has been very good this year, and starts like this help the Rangers make it through the period without Cole Hamels and AJ Griffin. Elvis Andrus left eight runners on, but extended his hitting streak. Lucroy had three RBIs from the cleanup spot.  The Rangers managed to secure the victory, despite Jurickson Profar going 0-5.

6/10 – Game 2 at Nationals – The Rangers sent Martin Perez to the hill to face off against Gio Gonzalez. Gonzalez was exceptional, striking out nine and only giving up one run. Perez was solid, giving up two runs in five innings. Tony Barnette relieved Perez and gave up a homer, allowing an inherited runner to score. Last season Barnette was exceptional at stranding runners. The Rangers went into the 9th down 3-1. The Nationals bullpen has one of the worst ERAs in the MLB. Koda Glover gave up a homer to Shin-Soo Choo to make the game 3-2. After that the Rangers tied the game but were stunned when Pete Kozma’s game-changing run was overturned. The inning ended 3-3.

The Rangers needed two more innings to clinch victory. Robinson Chirinos squeaked a homer that was as close as the Kozma play at home. This game was very intense and emotional. Both teams used their benches extensively. It is worth noting Ryan Zimmerman was hurt and unable to even pinch hit during this game. Delino DeShields had two stolen bases. Choo and Beltre also had one. Jose Leclerc, Jeremy Jeffress, Alex Claudio, and Keone Kela all turned in scoreless outings. Rangers win 6-3.

6/11 – Game 3 at Nationals – The Rangers completed the sweep of the Nationals to cap off their interleague week with a 5-1 record. The Sunday game was an incredible pitchers duel. Nationals ace Max Scherzer faced off against Austin Bibens-Dirkx and both were incredible. Bibens-Dirkx gave up a leadoff homer and then a single, but then retired over 17 straight batters. Scherzer was touched up in the 3rd by a Choo homer. The homer equalized the one Bibens-Dirkx gave up. Bibens-Dirkx finally gave up a hit again in the bottom of the 7th, running into a bit of trouble. With two on and two out, Bibens-Dirkx was allowed to stay in the game to face off against Matt Wieters. He got Wieters to ground out, and escaped the inning unscathed. The game was razor-close going into the top of the eighth. Scherzer got one out, then his 3rd baseman Anthony Rendon committed an error to put Delino DeShields on base. After than, Profar worked a walk after a controversial ball call. Scherzer was pulled and his bullpen blew the lead with an alacrity that would make Sam Dyson proud. The game ended in a 5-1 victory, another great week after a wretched one.

The Rangers are unpredictable this year. They look excellent one week and awful during others. They have lost a remarkable amount of games late. Last week many people were calling for tradeline selling. After this week it looks like the Rangers might recover, for about the fifth time to contend for a Wild Card berth. 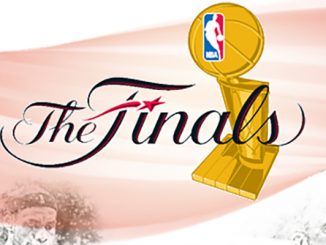 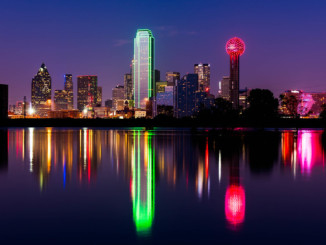 Best Things to do in Dallas 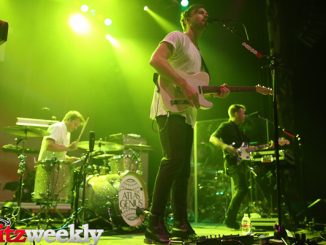