The Texas Rangers began their week facing off against the Blue Jays. Toronto has knocked Texas out of the playoffs for two consecutive years.

6/19 – Game 1 vs Blue Jays – Austin Bibens-Dirkx got roughed up in the 4th inning. He gave up four runs that inning, including a solo homer to Jose Bautista. Bibens-Dirkx, or ABD as he is sometimes called, lasted five innings, and gave up five runs. Marco Estrada had an even worse start, lasting 3.2 innings and giving up six earned runs. The Jays bullpen was stellar. They did not give up a single run and held the Rangers to a one run lead going into the 9th. Matt Bush, who has been very good this year, blew the save and the lead in the 9th inning. Nomar Mazara picked up a homer in the game. Shin-Soo Choo and Elvis Andrus both had multi hit games. This game was a miserable affair for Rangers fans. The Rangers are 2nd in the league in blown saves, with 14. This game was their 13th, Bush would blow another save against the Yankees on Friday to spoil a Yu Darvish gem. Rangers lose 7-6 in another game lost late.

6/20 – Game 2 vs Blue Jays – The Rangers faced off against former Pirates ace Francisco Liriano. Liriano dominates lefties and was damaged early. Explosive outfielder Carlos Gomez hit a homer in the first. Jonathan Lucroy added to the lead after Gomez. Mazara smashed a homer in the fifth to make it 5-0. Nick Martinez was excellent. He went 6.2 innings and only gave up one run. The bullpen held the lead and Adrian Beltre hit an insurance homer to seal the victory 6-1.

6/21 – Game 3 vs Blue Jays – Tyson Ross was excellent in his last start, but he was shelled in this outing. Ross gave up six runs in the first inning and the Rangers were fighting hard to get back in the game the whole time. Joey Gallo had an inside the park homer to left field. Shin-Soo Choo continued his trend of power and logged a homer. Overall the game came down to Tyson Ross’ poor start. He lasted 3 innings, gave up seven runs and made it very hard for his team to win. 7-5 Rangers loss.

6/22 – Game 4 vs Blue Jays – The final game of the four game series was a solid offensive outing for the Rangers. They did damage early with Carlos Gomez and Mike Napoli homers. Robinson Chirinos continues to hit for power, crushing a homer after Gomez and Napoli. Gomez homered again in the late stages of the game to make the lead nearly insurmountable. During the pregame Gomez said he was feeling good and would hit a homer. He had an incredible day, and continues to bat for serious power since his return. Marcus Stroman was roughed up for the Jays. He gave up seven runs over four innings. Martin Perez gave up four runs over six innings. Jose Leclerc and Alex Claudio were excellent and held the lead yo clinch a 11-4 Rangers victory and series split. Carlos Gomez was the main star of this game, and continues to impress since he returned to the lineup.

6/23 – Game 1 @Yankees – The Friday game vs Aaron Judge and the Yankees left many Rangers fans with a familiar feeling as a solid starter performance was wasted by a bullpen failure. Yu Darvish faced off against Masahiro Tanaka and both were excellent. The pitchers duel was abruptly halted when Yu Darvish was forced to come out prematurely after 7.0 scoreless innings. Darvish was experiencing tricep tightness. Darvish is not expected to miss his next start, but his injury brought the Rangers bullpen into the fold quicker than it should have. Tanner Scheppers pitched a scoreless inning, but Matt Bush blew a save. Bush gave up a homer to speedy leadoff hitter Brett Gardner. Gardner tied the game at 1-1, after the Rangers manufactured a run in the top of the ninth vs the Yanks bullpen. Bush gave up another run in the 10th, and the Rangers were once again disappointed by their bullpen. 7-5.

6/24 – Game 2 @Yankees – The Rangers made up for the failure of Friday with a solid performance behind ABD, AKA Austin Bibens-Dirkx.  ABD pitched seven incredible innings and only gave up a homer to Aaron Judge. The Rangers held a 4-1 lead going into the top of the ninth inning. The lead was largely due to the speedy players on the Ranger lineup, including Delino DeShields, Elvis Andrus, and Carlos Gomez. Robinson Chirinos flashed his power in the seventh with a solo shot. The Rangers blew the game wide open off of former New York Mets setup man Tyler Clippard. Clippard looked much like he did in the World Series against Royals. Lots of fidgeting, agitated finger licking, and erratic control. Clippard gave up four runs and the Rangers won 8-1.

6/25 – Game 3 @Yankees – The Rangers managed to win the series against the Yanks on Sunday. Nick Martinez was solid, pitching five innings and giving up four runs, all in one inning. The Rangers smashed Michael Pineda, scoring seven runs on him early. Adrian Beltre hit a homer in the first. Shin-Soo Choo blasted a three-run shot in the 2nd. The Rangers hit another homer in the fourth, Drew Robinson’s first big league homer. Gary Sanchez hit a three run shot in fifth, but ended the game with a strikeout against Matt Bush. Keone Kela was also solid at the back end of the bullpen to seal the game. The Rangers won the series but travel to Cleveland to face off against the AL champions in a four game series. Cole Hamels is set to return Monday night. Andrew Cashner might return. Martin Perez hurt his finger and was placed on the DL. 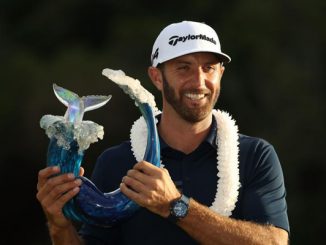