Game 1- The Rangers began the week against one of the worst teams in the league. Martin Perez faced off against Blake Snell and the Rays. Perez was awful. He gave up ten hits and seven earned runs. The Rangers offense was unable to recover from the poor pitching and the Rangers were losing the entire game. Jurickson Profar was pulled from this game with an injury after a takeout slide.  Gallo and Mazara managed homers in this bleak Tampa affair. Loss 8-4.

Game 2- In game one of the 2011 ALDS the Rays chose to start their young rookie, Matt Moore. Moore easily won that start and pitched a shutout. The Rangers would be using Moore this time, and he fared well against his former team. Moore pitched seven brilliant innings of shutout ball. The Rangers did good damage to Yonny Chirinos, tagging him for six runs over 5.2 innings.  Shin-Soo Choo had a great day, walking twice, blasting a homer, and earning four valuable runs at the top of the lineup. Rangers win a solid but one-sided game. Win 7-2.

Game 3- Cole Hamels faced off against Jake Faria in a close rubber match. The game was 1-0 going into the sixth inning with the Rangers leading. Hamels had some trouble with the sixth and seventh inning.  Hamels did not walk anyone, but got touched up for four runs. CJ Cron was solid for the Rays all series long. Choo managed another homer in this game, as well as a walk. Things got testy for the Rays in the 9th with a 4-2 lead when Alex  Colome came in and quickly put two people on base. Ronald Guzman hit into a game ending double play and the Rangers lost. Loss 4-2.

Game 1- The Rangers came home to Texas to take on King Felix Hernandez. Felix was sharp, and held the Rangers to two runs. The Rangers held a 2-1 lead off of the hitting performances of Choo and Mazara, but the bullpen would waste the one run performance put on by Mike Minor. The game was 2-1 going into the 8th but Chris Martin, Jake Diekman, and Keone Kela allowed the Mariners to surge back and win. Loss 6-2.

Game 2- Game two was a very exciting outing. The game was delayed by rain and started late. Bartolo “Big Sexy” Colon was coming off of his masterful outing against the Astros in which he outdueled Justin Verlander. Talented southpaw James Paxton opposed Big Sexy. Paxton has never pitched well against the Rangers in Texas, and he was bopped for five runs over four innings. Big Sexy was pretty good. He gave up two consecutive towering fly balls to Nelson Cruz, one barely hooked foul, and the next one sailed into the left field seats for his 100th homer at Globe Life Park. Big Sexy left with a lead which the bullpen quickly squandered. Alex Claudio came in and was shelled for four straight hits. The Mariners turned the game into a wet misery for Rangers fans with a five run seventh inning. The Rangers made it close in the 9th, loading the bases, but ultimately fell short. Loss 9-7.

Game 3- Martin Perez continued his trend of being better in day games. Perez turned in a quality start and Delino DeShields returned to the lineup way ahead of schedule. Nomar Mazara and Joey Gallo both had homers. The Rangers jumped out to a 4-0 lead. When the game was 5-2 DeShields made his return felt by stealing a huge homer. The 9th inning was rough, but Keona Kela shut the door and salvaged the series. Win 7-4. 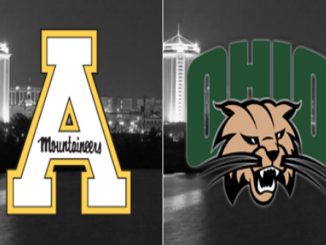 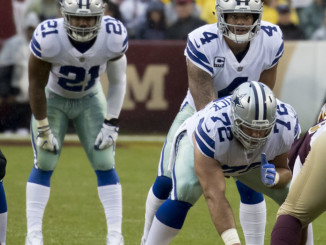