The Rangers had a difficult week going 2 and 4 for the six games played recently.

The bats are somewhat quiet, the pitching is somewhat poor, and so it goes. The bats did come alive on Sunday as the Rangers scored 10 runs, but the pitching was atrocious and allowed 11 runs to the Mariners to lose 11-10.

Monday 4/13
Matt Shoemaker gave up three runs in the first inning, then held Texas scoreless until he exited in the seventh. Homers were the name of the game for the Halos, with Collin Cowgill and David Freese crushing two-run shots in the fifth.

Tuesday 4/14
Nick Martinez was sharp, while Robinson Chirinos backed his pitcher with a career-high five RBIs as the Rangers evened the series with the Angels. Martinez worked seven innings, while counterpart Drew Rucinski lasted 2 2/3 in his first big league start.

Wednesday 4/15
The Angels closed out their visit to Arlington with a series win after erupting for six runs in the second inning and cruising behind Hector Santiago. Johnny Giavotella led a group of four Angels who each had a pair of RBIs.

Saturday 4/18
Felix Hernandez struck out 12 over seven sterling innings against the Rangers and the Mariners got some timely hits against Texas starter Colby Lewis to end a four-game losing streak and even the series at Safeco Field.

Detwiler struggled early and often, allowing two home runs in the first inning to Austin Jackson and Nelson Cruz. Then in the third, Detwiler put two men on for Cruz, who ripped the first pitch he saw over the left field wall for a three-run home run. Detwiler allowed two more hitters to reach base before getting the hook.

Detwiler, still 0-2 on the year, now boasts an 11.68 ERA and will look for his first win of the season Sunday against the Angels.

I’m not sure how much more the Rangers need to see of him to make the decision to pull him from the starting rotation, but the sooner the better in my opinion. Perhaps he’s better suited for the bullpen in middle relief.

And how about a little salt in the wound?

Nelson Cruz added to his pair of home runs with a game-winning single in the bottom of the ninth inning for five RBIs on the day as the Rangers couldn’t hold on to a late lead despite scoring 10 runs on 13 hits.

Yes the Rangers scored 10 runs on Sunday and that’s a positive, but here is the negative: Check out these batting averages after today’s loss: 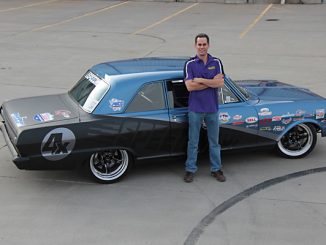 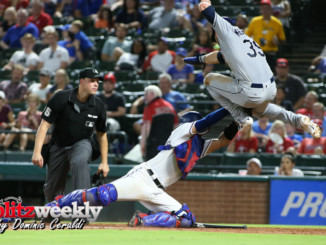