The Rangers began their week against the red hot Indians. The Indians traded away one of their best pitchers, Trevor Bauer. The Tribe did not need Bauer to embarrass the Rangers. Nor did they need their ace, Corey Kluber. The inept Rangers, managed an insignificant 2 runs over the entire series despite the fact Kluber, Clevinger, Bieber, Bauer all did not make an appearance. These performances make Rangers fans want to smash their head into a wall until they are not capable of reading anything but a 2011 Rangers Media Guide.

Game 1 – After several subpar starts, Mike Minor returned to form. Minor was exceptional. He is a true ace. He struck out 7 over 7 innings. He did not give up a run. Jesse Chavez followed and held the scoreless game. Jose Leclerc, who has been moved back to closer since Chris Martin was traded, worked around a leadoff double to close the game. Elvis Andrus had 2 hits.  Nomar Mazara had the lone RBI. Win 1-0.

Game 2 – The Rangers squandered a career best performance from Ariel Jurado in this pathetic loss. This game could have been a huge statement. A win against a dangerous AL team that is a huge wildcard threat. The following players went hitless when it mattered and should feel ashamed: Shin-Soo Choo, Nomar Mazara (typical), Hunter Pence (should have been traded), Rougie Odor (of course). The only 2 runs of the game came from the puffy-cheeked Jose Ramirez homer. Jurado has been average this season, but he put in a performance worthy of a season defining win and was let down by his teammates. Loss 2-0.

Game 3 – Lance Lynn was solid as usual and put himself in position to win. He went 7 IP and gave up 1 measly run. Lynn was opposed by former New York Mets bespectacled late inning man Tyler “Clippy” Clippard. Clippard was brilliant, shutting down the perennial underachieving Rangers lineup. Clippy lasted 2 innings and gave up no hits, striking out 3. That is the ideal line for an opener. Demonstrative former Red Yasiel Puig had an RBI in this game. Willie Calhoun had the lone RBI for the Rangers. Nomar Mazara went hitless again, as he usually does when it matters. Mazara is about as clutch as Alex Rodriguez, but with less than half the talent. Mazara continues to be the same one dimensional player: an inconsistent .265 hitter with subpar defense. Loss 5-1.

Game 1 – After choking away a series against an opponent they badly needed to beat, the Rangers took on the Brewers and continued choking. Chris Martin was traded for Kolby Allard at the deadline. Allard is a solid lefty with a history of injuries, like most pitchers the Rangers target. Allward was decent, lasting 4.1 IP, giving up 2 ER. He was followed by Adrian Sampson, who has been good out of the bullpen after his demotion. The game was tied at 2-2 when Shawn Kelley came in and incinerated the lead and the Rangers playoff hopes. The Rangers were down 1 in the 9th when Elvis Andrus tied the game off of elite reliever Josh Hader. Gio Gonzalez was solid for the Brewers. The Rangers blew the game after tying it. Loss 6-5.

Game 2 – Brewers starter Adrian Houser threw up on the mound but smashed the Rangers. He struck out 10. Pedro Payano was decent but wild, giving up 2 ER over 3 IP. Taylor Gurrieri and Adrian Sampson were exceptional in the final 4 innings, but the hitters were too inept to help them. Loss 3-2.

Game 3 – Choo had 2 walks. Isiah-Kiner Falefa had the lone RBI. Mike Minor was exceptional in his final start of the week. He went 8 exceptional innings, allowing no runs and striking out 11. Leclerc followed, slamming the door and not allowing a run. Win 1-0

The Rangers had an opportunity to climb back into the playoff picture, but squandered the opportunity as they have done all season. It is weeks like this that make supporting the Texas Rangers so agonizing. The Rangers had several exceptional pitching performances they wasted. Despite their top 5 offense, the Rangers could not manage runs. Joey Gallo being injured really hurts. To be frank, supporting the Texas Rangers is so agonizing because they have the potential to be good but right when they are about to take the next step they choke. This week is a perfect example. The Ariel Jurado game gave me the same repulsed, sinking feeling that George RR Martin’s Red Wedding Chapter in A Storm of Swords gave me. Caring about a character or entity and having those feelings defiled on a weekly basis is part and parcel of supporting the Texas Rangers. 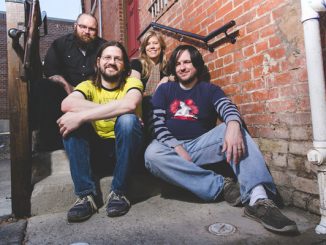 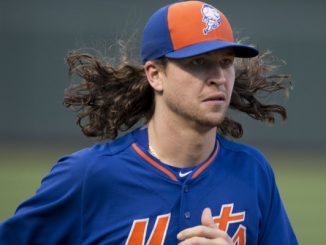