The Texas Rangers began their week against the Detroit Tigers. The Tigers have lost their old core of  Verlander, Kinsler, and JD Martinez. Magglio Ordonez was hurt during the series too. The Rangers had a huge advantage entering the series.

Game 1 – The Rangers began the series with Matt Moore, who failed to record a quality start as usual. Moore gave up 5 runs over 5.2 innings. The bullpen bailed him out. Barnette, Leclerc, Diekman and Kela all combined for a scoreless finish. Nomar Mazara continues to be red hot, homering this game. Delino DeShields scored two runs. Rangers win a close one against former rookie of the year Michael Fulmer. Win 7-6.

Game 2 – Mike Minor got touched up early in this game, and the Rangers were unable to do much damage to Mike Fiers. Fiers was solid, only allowing two runs. Jurickson Profar had a homer. Beltre had two RBIs. Minor lasted seven innings. Rangers were behind the whole game and never held a lead. Loss 7-4.

Game 3 – Bartolo “Big Sexy” Colon faced off against leftie Francisco Liriano. Big Sexy only gave up two runs over five innings. Liriano was yanked after four innings, after walking four. Both bullpens were solid and the game was carried by Nomar Mazara. Mazara blasted two homers, including a walkoff. He also walked. Beltre had two RBIs as well. Rangers win the game and the series. Win 5-4.

Game 1 – Game 1 against the defending World Champion Houston Astros was a pitchers duel. Cole Hamels turned back the clock and outdueled Justin Verlander. Last time Verlander faced the Rangers he was outdueled by Big Sexy, who had a perfect game running through the 6th inning. Hamels was electric, often confounding lefty batters. Verlander was also sharp. The lone run of the game came on a Profar sacrifice fly. Hamels and the bullpen only allowed one hit to one of the best offenses in baseball. The only Astros hit belonged to Evan Gattis. Diekman, Leclerc, and Kela all pitched hitless innings. Rangers win a pitchers duel. Win 1-0.

Game 3 – The third game was almost identical to the second game. Dallas Keuchel was filthy. He struck out 8 over 7 shutout innings. He was opposed by Matt Moore, who continues to prove what an utter waste of money his 19 million dollar contract has been. Moore gave up three runs and three walks over three innings. Moore posts a staggering 2.00 WHIP and already has five losses. His ERA is 7.82. He allows 13.7 hits through 9 innings on average. Adrian Beltre injured his hamstring again in this dreadful loss. Loss 6-1.

The Rangers get to play the Mariners without Robinson Cano and the White Sox this week. Unfortunately, as soon as Odor returned Beltre got hurt. The current Texas Rangers record at the start of this week is: 16-26… 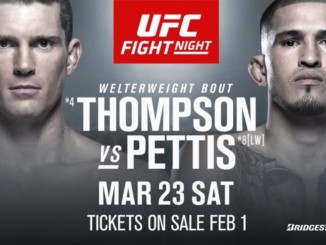