The Texas Rangers open the belated 2020 season playing against the Rockies at home. The Rangers were originally supposed to open the season on the road, but the virus changed the season significantly, and here is what you need to know:

The Rangers missed on all of their big free agent targets this offseason.

Gerrit Cole was never even made a competitive offer. Ranger killer Josh Donaldson was allowed to scamper off to another AL team in need of a 3rd baseman. Anthony Rendon was lowballed by a hand wringing Josh Daniels, who has clearly taken every negative comment he has received about the Shin-Soo Choo contract deeply personally. The Rangers also missed on some of the second tier free agents too. Tyler Clippard and Zach Wheeler both signed with other teams. The Rangers managed only Todd Frazier from the free agent pool. Frazier is an average player with pop, but certainly not the cornerstone you would love to build your team around like Anthony Rendon or Nolan Arenado. The Rangers were in serious trade talks with the Rockies about Arenado, the platinum glover, but ultimately when the Rockies asked for top prospect and most recent first rounder Josh Jung, the Rangers demurred.

The lone splash the Rangers made occurred via trade.

They traded young fireballer Emmanuel Clase and Delino DeShields Jr for Corey Kluber. Clase was similar to Alexi Ogando, both in ethnicity, physical appearance, and stuff. He also had scandals like Ogando. Right after being traded to the Indians, Clase was busted for drugs. DeShields was a likeable spark plug in an overcrowded outfield. Corey Kluber was a top tier ace 5 years ago. He has struggled with injuries the entire last year and was seen as a commodity on the decline. This trade is very Josh Daniels. Since Daniels got burned by Yu Darvish and Cole Hamels when it mattered, he has found a new way of approaching pitching for the Rangers: sign guys who used to be good coming off of severe injuries that no one else wants. JD did this with Mike Minor, and Minor recovered and is very sharp. He also did this with Matt Moore, who was one of the biggest disgraces to touch the mound in a Rangers uniform since Chan Ho Park. This trade is an extension of the JD strategy of catching talented guys down on their luck. It is a high risk strategy. But even if Kluber is merely above average, the trade was probably still worth it, especially in a season where the Rangers are debuting a new stadium.

The Rangers infield is the main reason they are not a threat to win a pennant.

It all starts at the catcher position, where the Rangers were the worst in the league last year. Jeff Mathis was historically awful, but the veteran pitchers like throwing to him, despite him being a black hole in the lineup worse than many hitting pitchers. If CJ Wilson was still a Ranger, he would be talking about wanting to hit for Mathis during his starts. Thankfully the Rangers brought back the perennially average Robinson Chirinos, who they let walk for no reason to go play for the rival Houston Astros. Chirinos is nothing special but he will not embarrass himself like Jeff Mathis.

First base is another huge hole for the Rangers. Frankly, this has been the case since Mark Teixeria was traded in 2007. Even the pennant winning teams of 2010 and 2011 were always in talks to fill the position via trade mid season. This season is no different. The Rangers best shot is to play Todd Frazier out of position at first, with the intentions of swapping in offensively inept Ronald Guzman for defense late in games. Guzman cannot hit a lick and probably never will, but he is lanky and plays gold glove caliber defense. Like catcher, the Rangers are hoping for merely replacement level performance in this position.

Second base is plugged by the vexing Rougie Odor, who was given a huge contract and has spent much of the time since then batting .200. Odor is very frustrating to watch: undisciplined, strikes out too much, walks too little, sloppy fielding, mental errors… Odor has developed little as a player, power hitting is his only real asset. He is an ineffective base stealer, frequently getting caught. The truth is, Odor hitting Jose Bautista, the face of the Rangers biggest rival at the time, earned him his massive contract. He has been disappointing ever since and there is no reason Rangers fans should expect this to change.

Elvis Andrus, the lone holdover from the 2010/2011 Pennant glory years, remains at short on a steady decline. He looked like he could become a consistent .300 hitter, but after breaking his elbow against the Angels he has never looked the same. Elvis is merely passable and the Rangers still have him because there are few better options out there. Elvis does not have the defense of Andrelton Simmons, or the bat of Tim Anderson, but at least he is not a liability.

Third Base will be a platoon spot between Isiah Kiner-Falefa and Todd Frazier. IKF showed flashes of brilliance 2 years ago, but had his last season ruined in a failed catching experiment. IKF looked sharp in Spring Training.

You can probably see why this team is not destined for playoff greatness. This is why JD’s tepid approach to free agency was so vexing.

The outfield is more solid for the Rangers.

Joey Gallo is a powerhouse and the team’s best player. He was on pace to contend for the MVP last year before injury. Joey has a great eye, incredible power, and good defense. Joey will be a huge asset going into the season.

Willie Calhoun will miss the first game, but he is one of the biggest factors this season. Calhoun has been decent at the dish with poor defense. Willie will look to start everyday, improve his defense, and finally become what he was expected to be when Yu Darvish was traded for him. Calhoun had a jaw injury that would have prevented him from starting on Opening Day. He has recovered from the jaw, but is dealing with a minor hip issue. If the Rangers expect to make the playoffs, Calhoun must come into his own and Gallo must stay healthy.

Nick Solak is a solid bat with questionable defense. He will probably see a lot of action this season if he can hit well. Since he is seen as a defensive liability, he can be moved around to many positions with equal cost.

Danny Santana will be the team’s starting center fielder and 3rd place batter. Santana was exceptional last season, but asking him to improve or even repeat his performance seems foolhardy. The lack of infield depth makes the team relying on Santana so worrying.

Shin-Soo Choo is exceptional and will bat leadoff everyday. Choo, when healthy, is the team’s most consistent bat. He has a great eye and always makes the pitcher work. Choo will probably DH in 80% of his games.

Scott Heineman and Leody Taveras also made the team and will look to help the team in a backup role.

Corey Kluber looks to return to form after a season ruined by injuries. If Kluber can reach peak form again he could carry the Rangers to the postseason. If Mike Minor and Lance Lynn can repeat the 60 game equivalent of their 200 ip+, 200 K seasons last year, the Rangers will be a real threat. It is worth considering the importance of starting pitching in the playoffs, especially a condensed series. In a best of 3 or 5, the Rangers could throw all 3 of these lethal arms at a team in all the games. If all the pitchers are in peak form and healthy, this is the most realistic way the Rangers could do real damage in the playoffs.

Mike Minor and Lance Lynn are both coming off of career years and hope to repeat their excellent performances. They were both top 5 in average pitch count last season and were allowed by Chris Woodward to work the extra inning and show off their veteran grit.

Jordan Lyles and Kyle Gibson will be the 4th and 5th starters. If they could merely be average and not a disaster like Ariel Jurado, they will do their jobs.

The bullpen is pretty weak.

Tyler Clippard could have anchored the bullpen but JD, as usual, came up short in an effort that seemed very uninspired. Jose Leclerc, who is coming off a season where he lost the closer job, will be asked to be the late game stopper. Leclerc has severe control issues but is filthy. Joe Palumbo and Kolby Allard could be solid arms, but the team probably wants to move them to starter soon. Edinson Volquez and Jesse Chavez rejoin the pen in a coalition that is likely to derail any true playoff aspirations.

This MLB season will be very odd.

Many of the games will be played without fans. A plethora of players are wearing masks. Balls are thrown out after a few pitches as a rule. There is a mandatory DH for both leagues. There is a 3 batter minimum a pitcher must face. A runner starts on 2nd in extra innings. Overall, the game is rapidly degrading in quality and becoming more gimmicky. This short season format has been used as an excuse to try some of these things. Hopefully the changes ramrodded through under threat of lockout are not made permanent. It would be grotesque but completely unsurprising to see some of these game damaging changes made permanent when they were originally billed as temporary decisions made due to trying times.

The MLB season has arrived.

There are too many questions to be worried about the legitimacy or longevity of this shortened joke season. The baseball fan is better off enjoying the belated season for what is: a fun, action-packed one off.

The season will not be the tradition 162 game marathon baseball fans have experienced their whole life. But between 102 less games, and half the league making the playoffs, most baseball fans should get to watch their team compete in some semblance of a playoff race, even if their team is average. NBA fans get to experience this every year.

Prediction: The Rangers will use their solid starting pitching to achieve an above average record, fighting with the White Sox for one of the two wildcard spots. They will go 34-26, and probably face the Astros or Yanks in the first round. The Rangers play a massive 4 game home series against the hated Astros to close out the season. It is not unreasonable to say that series will determine whether or not the Rangers make the playoffs or not. It would be riveting to see the Rangers play well against the Astros in the final series, then have to go to Houston for a best of 3 playoff series. 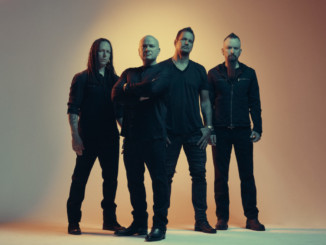 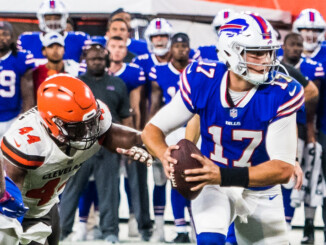 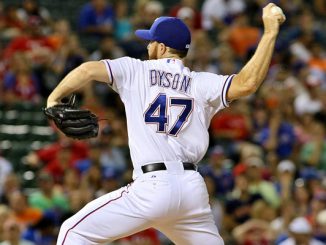