The Texas Rangers are coming off of an amazing 2015 season. When they started out as one of the worst teams in the American League, it seemed like they might repeat their disastrous 2014. However, after the All-Star break, the Rangers began to win series after series to move up the AL West rankings. After chasing the Houston Astros for most of the season, they finally took the title on the last day earning a trip to the playoffs where they lost in five games to the Toronto Blue Jays.

This is all in the past and a new season is here with its own challenges. Here are my thoughts on the team for 2016:

STARTING PITCHING
I couldn’t be more impressed and excited about the Rangers’ pitching rotation. The return of Yu Darvish, who missed last year recovering from Tommy John surgery, will solidify the rotation by mid-May. The top five currently are slated to be: 1) Cole Hamels, 2) Martin Perez, 3) Colby Lewis, 4) Derek Holland and 5) A.J. Griffin.

Hamels started 2015 with the Philadelphia Phillies and had a 6-7 record when he was traded to the Rangers, where he turned things around and went 7-1. Lewis had a 17-9 record and led the team with 142 strikeouts, and with him returning, he brings good leadership. Perez had a rough 2015 season, but I think he will improve in 2016.

The top priority for Holland is to stay healthy. Last season, he injured his shoulder in the Rangers’ home opener after pitching just one inning, and didn’t return until August. A.J. Griffin went 14-10 in 2013 but has spent the last two seasons recovering from Tommy John surgery. If healthy and back to his old self, he could be a major asset for the team.

If the rotation can stay healthy, then there’s nothing to worry about. However, during the offseason, the Rangers lost pitching coach Mike Maddux. With Maddux doing a great job with the pitching over the last few seasons, his expertise and leadership will be greatly missed. Expect new coach Doug Brocail (former Ranger pitcher) to bring an aggressive approach with this staff.

BULLPEN
It’s really good to have Shawn Tolleson, who had 35 saves last season closing out games. With a majority of last season’s bullpen returning, the Rangers can expect to have great relief pitching. Just like the starting rotation, the bullpen needs to stay healthy. Tanner Scheppers is on the 60-day disabled list with a knee injury. He’s not expected to return until after the All-Star break. I thought that perhaps former San Francisco Giants ace Tim Lincecum should be signed. The three-time World Series Champion is a free agent, and if the Rangers were to sign him, he’d bring tremendous leadership to the bullpen.

THE BATS
As we saw last season, a healthy lineup will help pave the way to the playoffs. I am eager to see how Prince Fielder, Adrian Beltre, and young talented players like Delino DeShields, and Rougned Odor perform this season. Beltre may be aging, but after seeing his tremendous performance last season, I think he’s still got plenty left in the tank. We had to be patient with Fielder since he was still recovering from neck surgery in 2014, but he ended up performing beyond expectations. He’s currently positioned as the team’s designated hitter as Mitch Moreland looks to start at first base.

Speaking of Moreland, he’s coming off his best season ever and with his current one-year contract, he’s got his best chance to prove he’s worth signing to a long-term deal. Shin-Soo Choo started out the last season horribly. At one point, his batting average was under .100, but he turned it around the second half of the season finishing with 22 home runs, and 82 runs batted in.

As far as Elvis Andrus goes, well, I hope he’s over his crucial mistakes from Game 5 of the playoffs. Newly-acquired Ian Desmond currently is listed as the starter in left field due to Josh Hamilton’s injury. But Desmond was brought here to be a utility player, and the Rangers are quickly filling up every hole.

OFF THE BENCH
With Jurickson Profar and Joey Gallo both being sent to the minors on March 21, it seems that the Rangers bench will be different than I had expected. It’s great that Desmond was signed as a utility player, so as long as he stays healthy, then he can play at whatever position he’s needed at. Hamilton is still dealing with injuries, but I’d say he’ll be a backup left fielder or we may see him as a pinch hitter. Justin Ruggiano and Ryan Rua are capable of playing right and left field when needed. Hanso Alberto is currently listed as backup shortstop and second base. I don’t expect Profar and Gallo to spend the entire season in the minors, but we’ll have to wait and see how things turn out.

MANAGER/FRONT OFFICE
Rangers General Manager Jon Daniels extended skipper Jeff Banister through 2018. Banister turned the Rangers from one of the worst teams in the league into division winners, even being named the 2015 American League Manager of the Year. The best part about it is that he did it in one season. I am thrilled that Banister managed the team better than everyone expected. Never in a million years did I think he was the one who would fix the Rangers. But now I see him as the manager who can take the Rangers back to the World Series.

Last month, Rangers third base coach Tony Beasley was diagnosed with cancer, though he has remained with the team. As insurance, the Rangers named current minor league manager Spike Owen as interim third base coach.

FINAL THOUGHTS
I think that 2016 will be a much better season for the Rangers. I predict they will be battling with the Astros for first place. Critics have the Astros as the favorites to win the AL West in 2016 but I disagree. I believe the Rangers have got all the tools to win another AL West title. The roster looks great. There’s plenty of talent, and they have a team that could be worthy of returning to the World Series. Provided, of course, they stay relatively healthy. 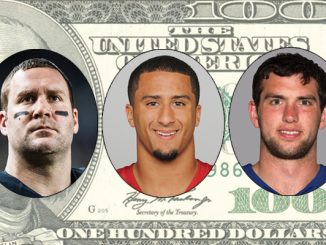 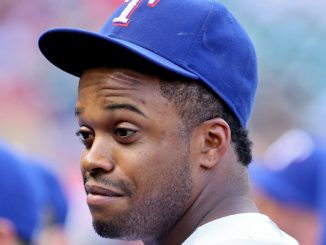 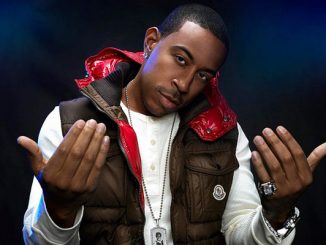