At first glance, there is something undeniably fascinating about Terrence Spectacle. Fortified with a glorious, textured Afro that bounces alongside to the beat of his personality and a birthmark inside of his left eye, this 6-foot-4-inch wanderlust has wisdom far beyond his ripe 20 years of age.

Rewind back to kindergarten when he first realized he may be a tad unusual. While being featured in his school play, younger Terrence grabbed everyone’s attention when the spotlight suddenly focused on him. Unable to see, he lifted up his shirt over his head and continued his part as if nothing was off. The whole crowd burst into laughter while Terrance was confused by all the attention. He stole the best moment of the show and Terrence, whose birth name reads Terrence Duane Morris Jr., single-handedly created his first spectacle.

Fast forward 10 years and Terrance, now 15, navigated through his early teen angst by channeling music as his dark, secret hobby. He kept to himself, glued to his hands at all times were a standard dictionary, rhyming dictionary and a five-way translator. This is where he developed his large vocabulary, applied it to poetry and perfected it, becoming a big part of his signature rap style.

Over the past couple years Terrence Spectacle has been meticulously plotting his rise in the city of Dallas and now is more ready than ever to make waves.

This year already is shaping up to be the one when people really discover who Terrence Spectacle is and his role in the changing tide of Dallas music. Just in the first week alone he has already been voted “Best New Artist,” by a panel of Dallas’s most distinguished urban entertainment figures and highlighted as an artist in the Dallas Observer and Central Track.

He was recognized alongside his IRAS collective members as “Best New Artist.” IRAS, an acronym for Independent Recording Arts Society, is a nonprofit organization founded by Matthew Winn, Spectacle’s manager, and boasts a roster led by Dallas’ up and coming producers and young hiphop artists. Other artists in this collective include Brandon Fxrd, Kissed Killed, Devy Stonez, Danny Cainco and K. Vation.

With the streets buzzing his name, the attention still hasn’t phased him as fame isn’t something he is chasing.

“Fame is a byproduct of excitement and living in the moment…My biggest goal of 2015 is just knowing my worth,” he said.

Spectacle dropped his album NuDallas last summer. When asked the significance of the spelling he simply said “I don’t like e’s.”

He released a single last year entitled “Blu Summer,” that justifies his fear of e’s as well. Jokes aside, the project is an animated, fresh look at the themes of love, sex, depression and one’s self-esteem. Combined with his fast, fluidity in rhyme and bouncy beats his fresh, new style is breaking the many stereotypes lingering around the Dallas rap scene.

He describes his sound as a “fusion of sorts,” as he seamlessly infuses electro pop-hip-hop and R&B into his music. His biggest music influences are Michael Jackson and Prince in which he takes from them how to be a true entertainer and how to embrace your inner odd tendencies as an admirable feature.

The only way to describe his live performances is an explosion of awesome. In person, he is calm and collected, but once Spectacle steps on stage he creates a mood with his presence that is extremely captivating and his music is so fun that I dare you to try to not to find yourself jumping up and down with him and repeating his infectious, catchy lyrics. It’s apparent through the way he moves on stage how  comfortable he is with himself as an artist and it’s admirable to watch him live in the moment.

In the last few years Spectacle has been opening for major touring acts such as Big Sean and The Internet, commanding the attention of their supporters and converting them to Spectacle fans. He takes pride in building an organic following through each show. Spectacle has been known to wear ring pops that he loves to throw out during his shows and he always makes time for the young ladies who line up in droves just to have a chance to rub their hands through his irresistible locks of love.

Spectacle’s style is just as unique as his personality. He channels his love of anime and manga into what he wears. You can catch him often with Chinese calligraphy written all over his hand and you may even catch him in some traditional ninja gear.

At 20, Terrence Spectacle is excited about life and what the future has in store for him. He already knows. His focus is traveling this year and continuing to grow and develop his sound.

“For me to be doing what I’m doing is the biggest thrill, learning to overcome fear and be myself,” he said. “Relativity and bravery are important and I want my audience to understand that there are so many people that come from dark places and do bright things.”

Keep up with Terrance Spectacle and the IRAS collective at theiras.com. He will be featured at SXSW this year and will continue to perform and tour in Dallas and surrounding cities. 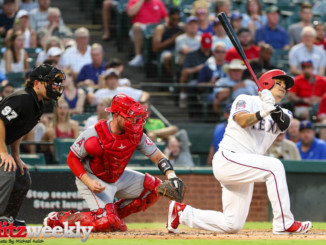 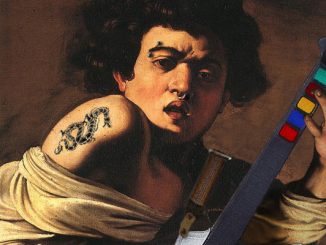