After two straight division titles and playoff trips, the Houston Texans entered the season with high expectations before falling behind by three touchdowns on the road in San Diego in the second half of the season opener. The Texans would display the heart of a champion and rally back to tie the game 28-28 before kicker Randy Bullock drilled a 41-yard field goal as time expired to give Houston the victory in the final game of the NFL’s opening weekend.
“Once you put a score on the board, then another, and the defense gets a stop, the big turnover, it just builds,” said Matt Schaub, who recovered from an interception on Houston’s first play to pass for 346 yards and three touchdowns. “Momentum keeps building, and you can feel that energy, and it’s contagious.”
Arian Foster and Ben Tate combined for 112 yards on the ground while Andre Johnson had 12 catches for 146 yards and tight end Owen Daniels caught five passes for 67 yards and two touchdowns. Brian Cushing, fresh off signing a six-year, $55.6 million extension last week, led the defense that would only give up 90 yards in the second half.
“I expected us to be in a dogfight,” Houston coach Gary Kubiak said. “I’m disappointed with the way we played early, but we did not give up. We were mature enough to hang in there and get the win, so we have to be mature enough to know that we didn’t play very well.”
Next up for Houston is its home opener at Reliant Stadium against the Tennessee Titans. The Titans are coming off a 16-9 victory at the Pittsburgh Steelers — the Steelers came in with 10 straight victories in home openers, the longest streak in the league. Tennessee’s revamped defense that includes new defensive assistant Gregg Williams forced two turnovers, limited the Steelers to 32 yards rushing and didn’t allow a touchdown until garbage time.
“Yes, we were a little sloppy at spots, yes we wish we scored more points,” Tennessee coach Mike Munchak said. “And we’ll fix some of those things. But we did what we had to do to win the football game.”

The Texans’ pass rush will get a boost with the return of Antonio Smith to join J.J. Watt. Smith sat out last week’s game against the Chargers with a suspension from the helmet swinging incident in the preseason.

When asked about the differences in the Titans and Texans dominating defensive units, Arian Foster cleared everything up when he told ESPN, “Ours is better.”

NFL fans will find out when the teams take the field on Sunday at noon. 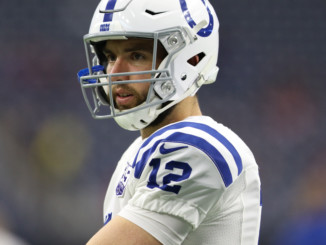