A 21-point performance by Kianna Ray and Jordan Moore’s second double-double of the season powered the TCU women’s basketball team to a 72-59 victory over Sam Houston State inside Schollmaier Arena on Thursday night.

With the win, the Horned Frogs are off to the second-best start in program history with a Big 12-best 9-1 record. TCU is just one win off the school’s best season-opening record as it started the 2003-04 campaign with a 10-1 record.

Ray finished just two points shy of her career-high on 7-of-10 shooting. It marked her third game this season scoring at least 20 points. She added five assists and three steals in 34 minutes played.

Moore continued her stellar play of late with 19 points and 10 rebounds, good for the 11th double-double of her career. She was 7-of-8 from the floor and is now shooting a stellar 68.6 percent this season. Over her last four games, Moore has been nearly unstoppable, averaging 20.3 points and shooting 86.8 percent (33-of-38).

THE RUNDOWN
The Frogs came out of the gate on a 10-2 run and never looked back. A total of 10 TCU players saw action in the first quarter, the most all season. They were paced by Ray who scored 12 of the team’s first 19 points.

TCU shot 52.2 percent from the field in the first half, taking a 34-26 lead into the locker room.

TCU’s defense opened up the second half strong, forcing turnovers on Sam Houston State’s first seven possessions to start the half. The Frogs went on to force 11 total turnovers in the quarter and blocked three shots, all while holding Sam Houston State to 29.4 percent from the field. 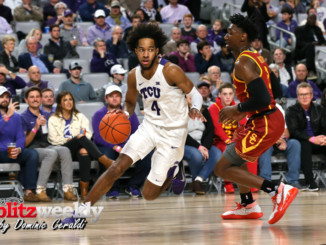 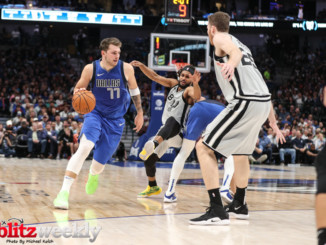 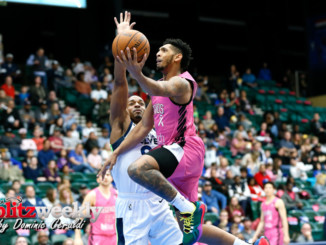