Kianna Ray scored a career-high 20 points and had six assists as the TCU women’s basketball team outlasted SMU, 65-63, at Schollmaier Arena on Sunday.

THE RUNDOWN
With Jordan Moore in foul trouble for most of the first half, TCU found itself trailing at halftime for the first time this season.

The senior made her presence felt after the break, however, pouring in eight points on 4-for-4 shooting to help turn the game around. The Horned Frogs outscored the Mustangs, 23-11, in the third quarter to take a lead they would not relinquish the rest of the way.

The TCU defense was particularly strong in the last half of the frame, limiting SMU to just one field goal over the final 4:07 of the third quarter.

The Mustangs refused to go quietly though, responding with a strong fourth quarter to cut the Frog lead to just one on a couple of occasions. Moore sealed the win at the end, pulling down a defensive rebound in the final second to give TCU a 3-0 start for the fifth consecutive season.

With Moore playing just 17 minutes in the game, Ray stepped up to fill the scoring void, finishing with a career-high 20 points. She had a personal-best six 3-pointers in the contest, in addition to padding the stat sheet with six assists, five rebounds, three steals and a pair of blocks in the victory.

Moore scored in double-digits for the third time in as many games this season with 11 points to go along with five rebounds and four blocks. She hit her first five shots in the contest, finishing 5-of-6 from the floor to improve her season shooting percentage to 82.7% (26-of-29). 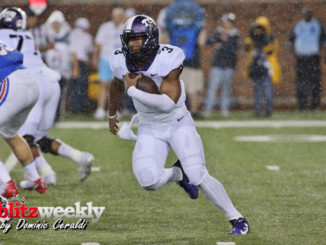 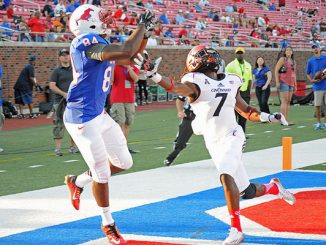 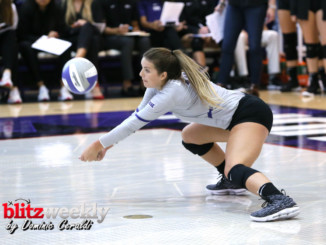