Led by 20-point scoring efforts from Desmond Bane and Alex Robinson, the No. 20 TCU men’s basketball team came out the gates strong and never trailed Sunday afternoon in a 79-62 win over Oral Roberts.

Bane and Robinson combined for over half of the team’s points as the Horned Frogs improved to 2-0.

J.D. Miller set the tone for the Frogs just under four minutes into the game, throwing down the first of three monstrous dunks and totaling 11 points in the first half alone. The Frogs led by as much as 17 in the first half while shooting 48.3 percent from the field and 4-for-9 from beyond the arc.

The Frogs held Oral Roberts (1-2) to 37.9 percent shooting and forced nine turnovers as they took a 37-28 lead at halftime.

In the second half, TCU continued to play well. With 14:53 to play in the game, Bane knocked down a three-pointer, part of a 7-0 run and from there, the Frogs would hold onto a double-digit lead for the remainder of the game.

Overall, it was Robinson who led the team in scoring. He finished one off his career-high with 23 points, going 7-for-10 from the field and 4-for-6 from 3-point range. Bane followed with a 22-point performance and Miller scored in double-digits for the second consecutive game and had a career-high seven assists. Redshirt freshman Kevin Samuel recorded his first career double-double, scoring 11 points and grabbing 10 rebounds. As a team the Frogs shot 50.9 percent from the field.

A total of 10 Frogs saw playing time, including freshman Kaden Archie who scored his first collegiate points on a fast break layup in the first half. He finished the game with four points and four rebounds. Redshirt freshman Angus McWilliam and sophomore Owen Aschieris also logged their first collegiate minutes. 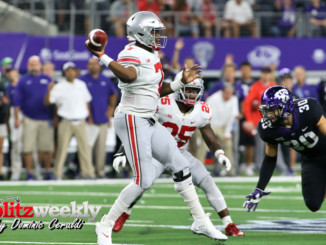 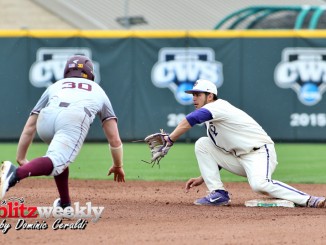 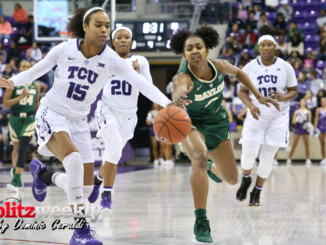