Senior guard Desmond Bane scored a team-high 26 points to lead the TCU men’s basketball team to a 83-62 win over Southwestern University Thursday night inside Schollmaier Arena to begin the 2019-20 season.

TCU improved to 72-37 all-time in season openers and 58-13 in home openers. The Frogs shot 52.3 percent from the field in the game, while holding Southwestern to 40.0 percent and forcing 20 turnovers on defense.

TCU jumped out to an early 8-3 lead, making its first three shots off an RJ Nembhard layup and back-to-back 3-pointers by Bane. TCU would later stretch its lead to 26-13. Sophomore Kevin Samuel was also extremely efficient in the first half, shooting 7-of-8 from the field. He tied a career high with 17 points on 8-of-10 shooting and finished with 12 rebounds for his fifth-career double-double.

After Southwestern carried an 8-0 run over from the end of the first half to the beginning of the second, the Frogs countered, going on a 15-0 run in just over four minutes of play. TCU, which led by as many as 22 points, pulled away from the Pirates in the second half.

Four Frogs scored in double figures in the victory. Bane led the scoring effort on 10-16 shooting, including a mark of 50 percent from beyond the arc.

Nembhard contributed 14 points, one off his career best, and tied for the team lead with five assists. Freshmen Diante Smith and Francisco Farabello each made their collegiate debuts in the starting lineup. Farabello dished out five assists and had no turnovers in 26 minutes of playing time.

Jaire Grayer and Edric Dennis both scored their first points as Horned Frogs. Grayer totaled 13 points and Dennis finished with nine. PJ Fuller recorded his first collegiate action in the game, coming off the bench and scoring four points.

Up Next
TCU hosts the Louisiana Ragin’ Cajuns on Tuesday at 7 p.m. in Schollmaier Arena. It will be broadcast on FOX Sports Southwest. 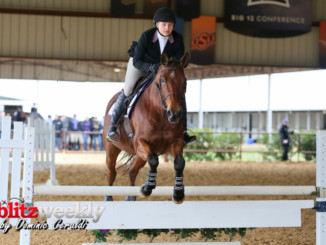 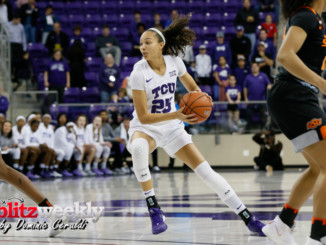 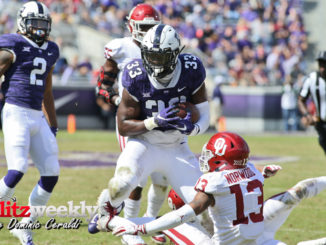