TCU dropped its home finale by a 10-5 score to Lamar on Tuesday night at Lupton Stadium. Johnny Rizer hit his team-leading ninth home run as part of a two-hit game in the loss.

The Rundown
The first three Cardinals reached to open the game and all three came around to score as Lamar opened up a 3-0 lead after an inning of play.

Lamar’s lead grew to four as it connected on a pair of doubles in the third inning. A pair of errors in the fourth gifted the Cardinals another run for a 5-0 lead.

TCU got back in the game in the fourth, pulling within two, 5-3. Johnny Rizer led off the inning with a home run. Five straight two-out walks brought home two runs as Josh Watson and Jake Guenther each drew a bases-loaded walk.

The Cardinals got a run back in the fifth on a two-out base hit for a 6-3 advantage. A two-out double from Cole Coker in the eighth broke the game open as Lamar took a 9-3 lead.

In the bottom of the eighth, TCU pushed across two runs on two hits. Zach Humphreys scored on a wild pitch and Austin Henry drove in Josh Watson.

Another unearned run for Lamar in the ninth accounted for the final score.

Stat of the Game:
50 – Jake Guenther drew a walk in the fourth inning to extend his on-base streak to 50 games.
Courtesy; TCU Baseball 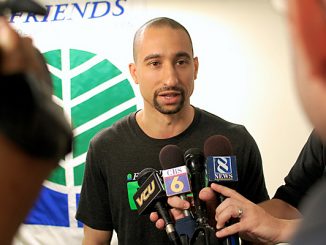 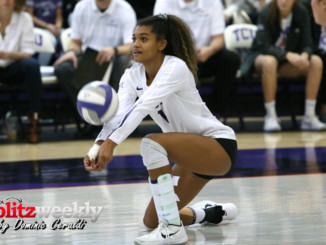