With the win, the Horned Frogs improve to 7-1 for the second consecutive season and the fourth time in program history. They also accomplished the feat in 2003-04 and 1997-98.

THE RUNDOWN
The TCU defense put forth another stellar effort on Saturday, holding the Bobcats to 35.8 percent from the field and just 2-of-20 from beyond-the-arc. The Frogs have yet to allow an opponent to shoot over 40 percent this season.

The Horned Frogs ended the first quarter on a 9-0 run that was capped by a Moore block on an attempted 3-pointer and a transition layup to beat the buzzer. At that point, the Frogs were up 22-11 and never looked back.

In addition to Moore’s offensive output, Ryann Payne and Lauren Heard both hit a pair of 3-pointers en route to finishing in double-digits for TCU.

A freshman, Payne did so for the first time, pouring in a career-high 12 points on an efficient 5-of-7 shooting. Heard, meanwhile, had 10 points to go along with a season-high seven rebounds, three assists, two steals and a block.

STAT OF THE GAME
8-for-8: Moore is the second player in TCU history to finish a perfect 8-for-8 from the floor, matching current teammate Amy Okonkwo’s effort against Grambling on Nov. 22, 2016. The Round Rock, Texas, native has been particularly effective in home games this season, shooting a blistering 84.0 percent (42-for-50). 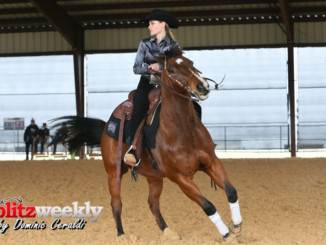 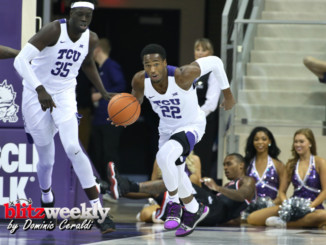 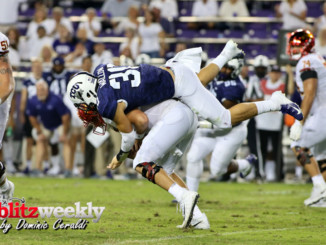