It’s pretty obvious at this point that superhero films are incredibly popular. Ever since Iron Man made his big screen debut, fandom for superheroes and their adventures has seen exponential increase, and with each new outing, popularity only grows more. And now, it seems audiences will need to gear up and  prepare themselves for another five years of heroes, villains, team-ups, explosions, and cool catch phrases.

DC took the media spotlight last year when it announced its new line-up of films. Of course, it was trying to capture the attention of fans by doing its press release ahead of Marvel, which gave the company good publicity initially, but ultimately backfired a bit when both the leads for Flash and Cyborg went on record, stating the news was the first time they found out their roles were confirmed. And with a  disappointing debut of Man of Steel, DC must nail its next venture to secure interest in the plethora of upcoming movies.

To counteract the announcement, Marvel held a massive press conference and announced its movie slate which extends to 2020 (Avengers: Infinity War will be split into two separate films, not unlike DC’s Justice League). With the announcement came a lot of hype and attention, particularity with the concept art of Black Panther, the logos for both Captain Marvel (the female Captain, which is the best one) and Guardians of the Galaxy, and the image of the Mad Titan, Thanos, clutching the Infinity Gauntlet.

Unlike DC, Marvel can get away with a box-office flop. Ant-Man may pull in big numbers and fill up theaters, but it may not hold up to the gold standard the company has presented thus far. Even if Marvel does a great job with the movie – and I’m not saying that’s what’s going to happen – the company needs to be careful and plan its sequels properly. If Captain America: Civil War, which is based on a graphic novel of the same name, does not meet the expectations of fans worldwide, the company may have a serious problem.

And, not to disappoint anyone out there, but Joss Whedon is not going to direct every Avengers sequel. He has gone on record and stated Age of Ultron will be his last time in the directorial seat for the franchise. This leads to another issue altogether. Who will replace Whedon? Marvel has been very lucky – and ultimately looks like a conglomerate of geniuses – by casting independent directors and  lesser-known actors (which doesn’t mean they lack the ability to convey a character properly). Could the company continue this trend?

Will it continue to be lucky and make box-office crushing blockbusters? It’s difficult to say at the moment, since the track record is almost spotless, but it is a possibility. *ahem, Iron Man 2, ahem.*

Marvel, however, does have a gigantic, earth-shattering ace up its sleeve. Reports were flying around over the last few months that Spider-man may make his Marvel Cinematic Universe debut. And with email leaks from Sony, the possibility seemed even more possible. Sony denied everything and  immediately killed the dreams of fans worldwide, but it seems the company had to take a long pause and reconsider its blunder. Kevin Feige, the man overseeing the Marvel films, announced a deal had been struck.

Though details have been somewhat scarce, the deal more or less states that our ”Friendly Neighborhood Wall-Crawler” now will appear in Marvel productions, and in turn, heroes owned by Marvel Studios will make appearances in upcoming Spidey films. Producers from Marvel also will be able to assist and supervise any new releases from Sony. This is exciting news; especially considering Spider-man played a major role in the Civil War storyline.

It does pose its share of potential problems, though. Andrew Garfield, the man behind the mask in the love-it-or-hate-it Amazing Spider-man movies, most likely will not reprise his role, forcing both companies to find another actor to fill the web-shooters. Also, since the deal was announced, upcoming Marvel films have been pushed back. This is just an assumption, but one can probably guess that a few scripts need some extra writing and editing to fit Web-Head into these upcoming releases.

Although it will be several years until a sequel hits the silver screen, pushing the release dates back might kill the anticipation and leave interest waning. Of course, the fear that the next Amazing Spider-man, or whatever it will be, might crash and burn will hinder the appeal of Spider-man in other films. Many were not happy with ASM2, and if the new version of everyone’s favorite hero fails to impress, it may leave a bad taste in the mouths of fans everywhere.

The company also needs to worry about over-saturation. Yes, superhero movies really are fun and capture our imaginations and tug on the strings of nostalgia, but what if they become dull? Since DC also is releasing a lot of films, the amount of hero movies in the next five years is astounding. Will audiences  be willing to see hero adventure after hero adventure? And if DC does not impress, or even worse, angers fans and movie-goers, will it have a ripple effect that sees Marvel movie ticket sales drop? These are legitimate concerns, and it’s something Marvel needs to consider.

Honestly, it does not necessarily seem, at least at this moment, that either company is in over its heads. Both have solid lineups and exciting stories to tell. Both have cast, and will most likely cast actors and actresses who properly will convey the heart and soul of these characters. And, though it’s too early to tell, it does seem like Marvel has a better plan set in motion. Will it succeed? Will both companies nail these plans and strike gold? Only time will tell. Until then, let’s just grab some popcorn and see how it plays out. 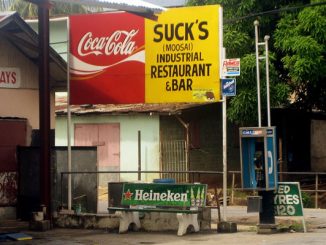 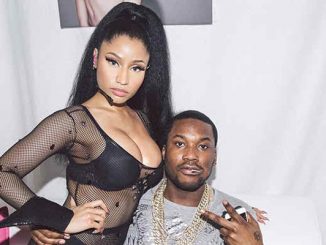