This is what we’ve been waiting for. The GOAT (Brady) versus The Baby GOAT (Mahomes). This game will usher in the new face of the NFL. Win or lose Mahomes is next. Brady has the chance to walk away from the game as the best ever. Wrestling Icon and 14 time world heavyweight champion Ric Flair has said it for years, “To be the man, you have to beat the man!” This Super Bowl will be one for the ages. Both offenses can score points, but the defenses will have the final say in this one, mark my words! Let’s take a look at this year’s Super Bowl in Tampa!

How Terrific is Tom?
Can Tom Brady win a Super Bowl representing the NFC? He’s been a staple of past Super Bowls winning 6 in the AFC with the New England Patriots. Brady and TE Rob Gronkowski will be 2 of 9 players to win a Super Bowl in both conferences if they are victorious on Sunday.

The Magic Of Mahomes
Chiefs QB Patrick Mahomes is like a delivery man for Amazon, no matter how late it is, he will get the ball into the hands of his play makers. He is looking for his second Super Bowl win in as many years. Mahomes will be looking to put up some points against the Tamp Bay defense.

Defense Wins
“Offense wins fans, but defense wins championships!” You can go back to Super Bowl III and see the winning team had the dominant defense. Both of these teams are ranked in the top 10 this season, but the team that causes the most turnovers will hoist the Lombardi Trophy this year.

Kansas City Chiefs – AFC Champions
QB Patrick Mahomes has played like an MVP. He has passed for 4740 yards with 38 touchdowns and 6 interceptions. He has a cast of talented weapons around him. Wide receivers Tyreek Hill, Sammy Watkins (Questionable) and TE Travis Kelce will get their touches during this one. Kelce is the team leading receiver with 1416 yards receiving and 11 touchdowns. The offense averages 29 points per game while the defense is giving up 20 points per contest. The defense will need to play big in this one. The Chiefs x factor on defense will be LB Anthony Hitchens and Damien Wilson.

Tampa Bay Buccaneers – NFC Champions
QB Tom Brady is looking for his seventh super bowl championship. The Buccaneers are the first team to play at home for the Super Bowl. Tampa Bay has won their last five games against the NFC’s best. The game plan is shutting down the Chiefs pass rushing abilities by getting off the line early in passing downs. Running backs Leonard Fournette and Ronald Jones II will establish the run early in the first quarter. The x factor for a win will be on the defensive side of the ball. The Bucs will have to play zone because of the speed of the Chiefs receivers are unmatched. Look for the Bucs to try and contain Mahomes with timely stunts and blitzes.

Prediction
ESPN, Fox Sports, USA Today all have this game pretty close. ESPN has the Chiefs favored to repeat with a 52.1% chance of hoisting the Vince Lombardy Trophy again, but wait … Tom Brady is the king of comebacks. The over/under is 56, so take the under; it’s the safe bet! I’m taking the Chiefs by 13! 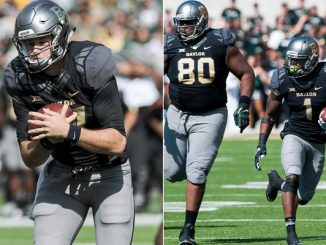 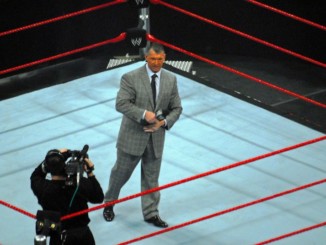