A bar stool, guitar, a pacific island themed end table holding a bottle of water, and a mic stand were all that sat on the Fairmount Music Hall stage as Stoney LaRue walked out to entertain the sold out crowd. It was an intimate evening as a very relaxed and personable Stoney played without a setlist, instead, taking requests from the crowd. Thanks to the layout of the new Fairmount Music Hall, formerly the Live Oak, crowd requests came at Stoney from every direction. Favorites like Velvet, I’ve Got That Old Feeling, Oklahoma Breakdown, and Wichita Lineman were played in the hour and a half set. It was a fantastic mix of storytelling and guitar playing by Mr. LaRue, and a great grand opening night for the Fairmount Music Hall.

To find out more about the Fairmount Music Hall and any upcoming events, check out their Facebook page here. 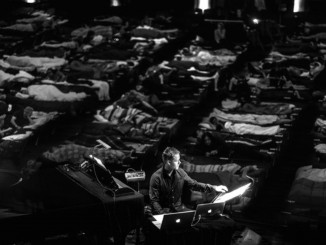 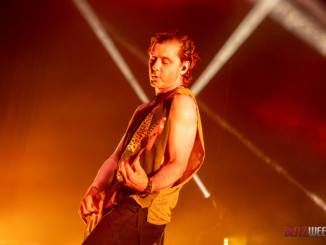