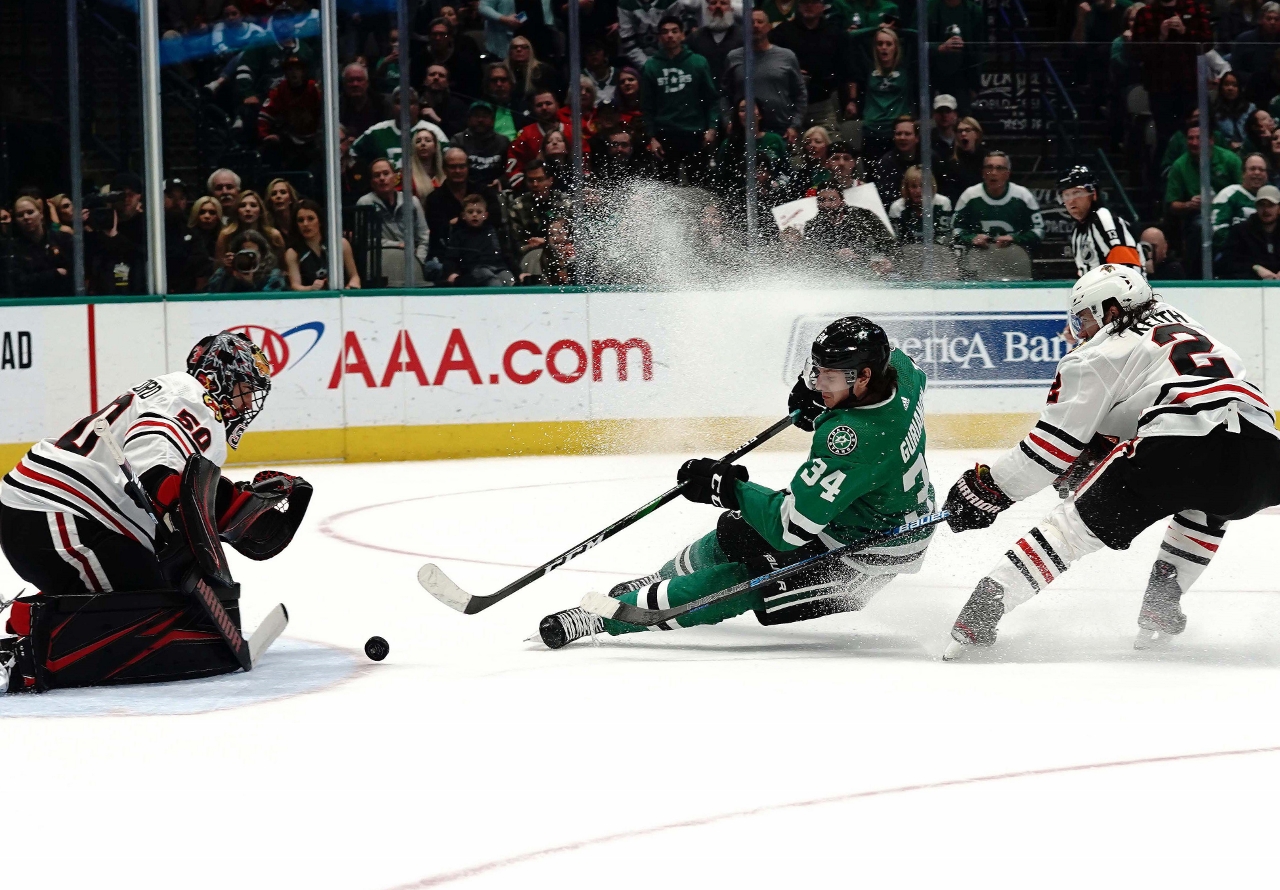 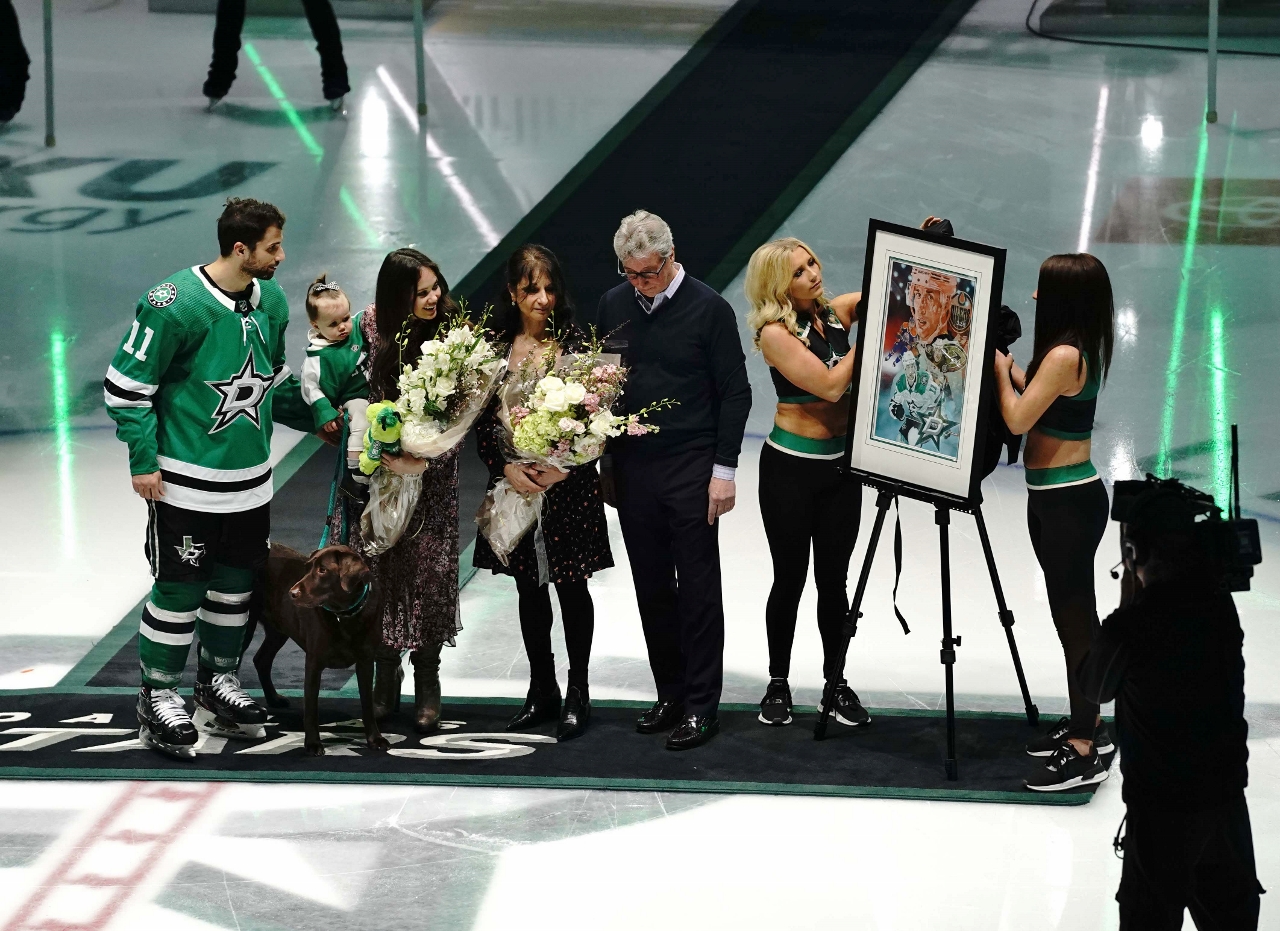 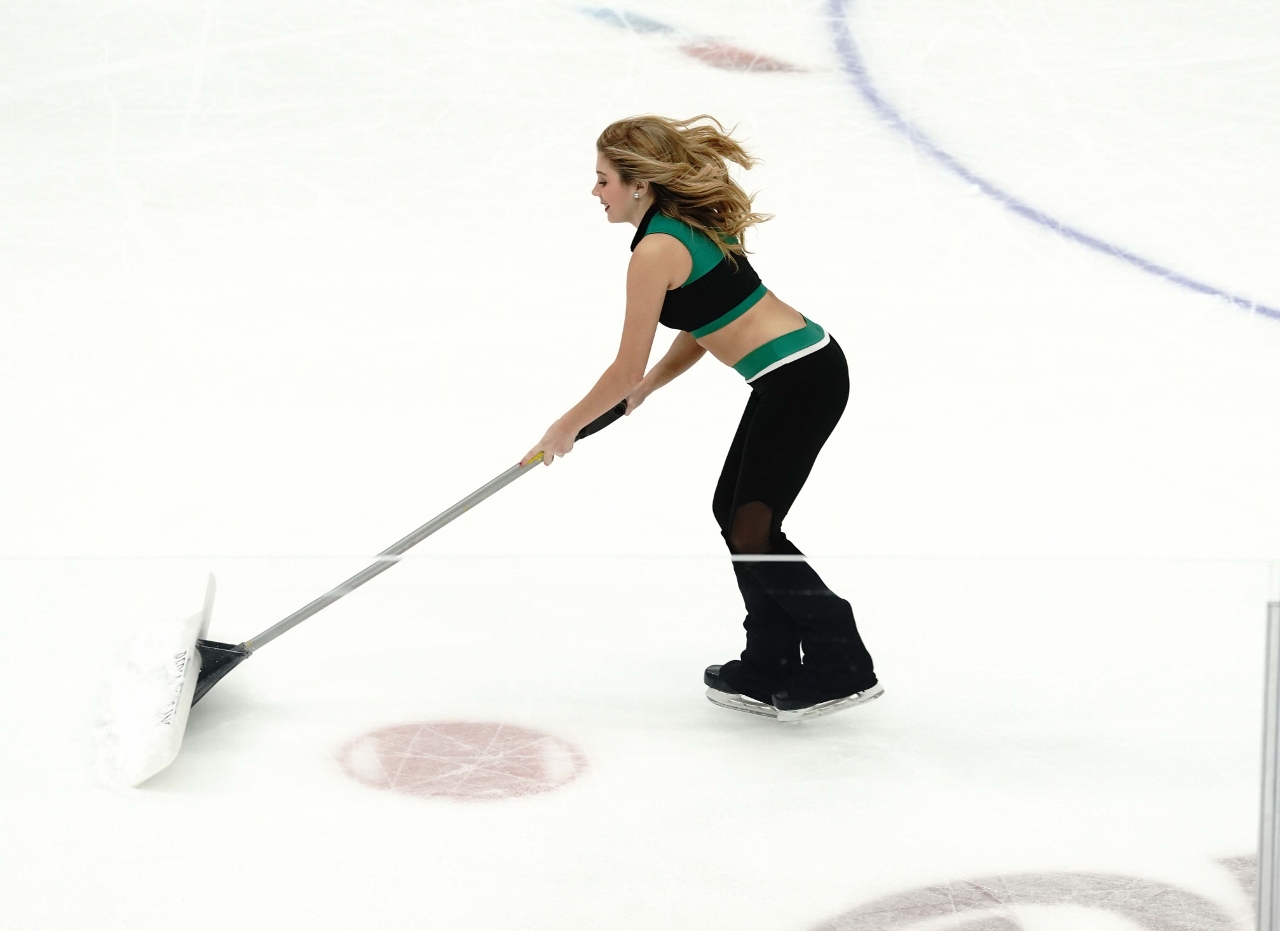 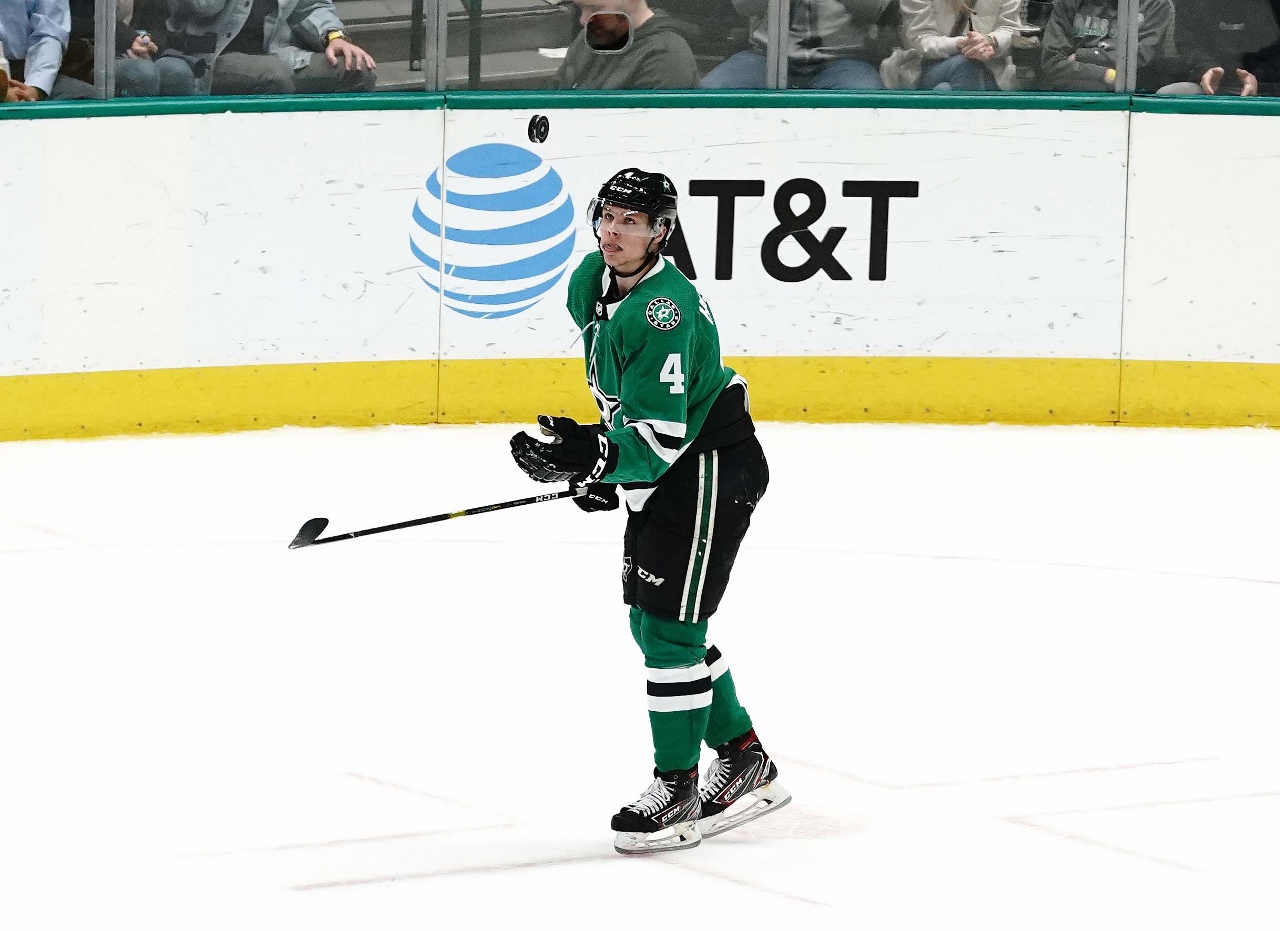 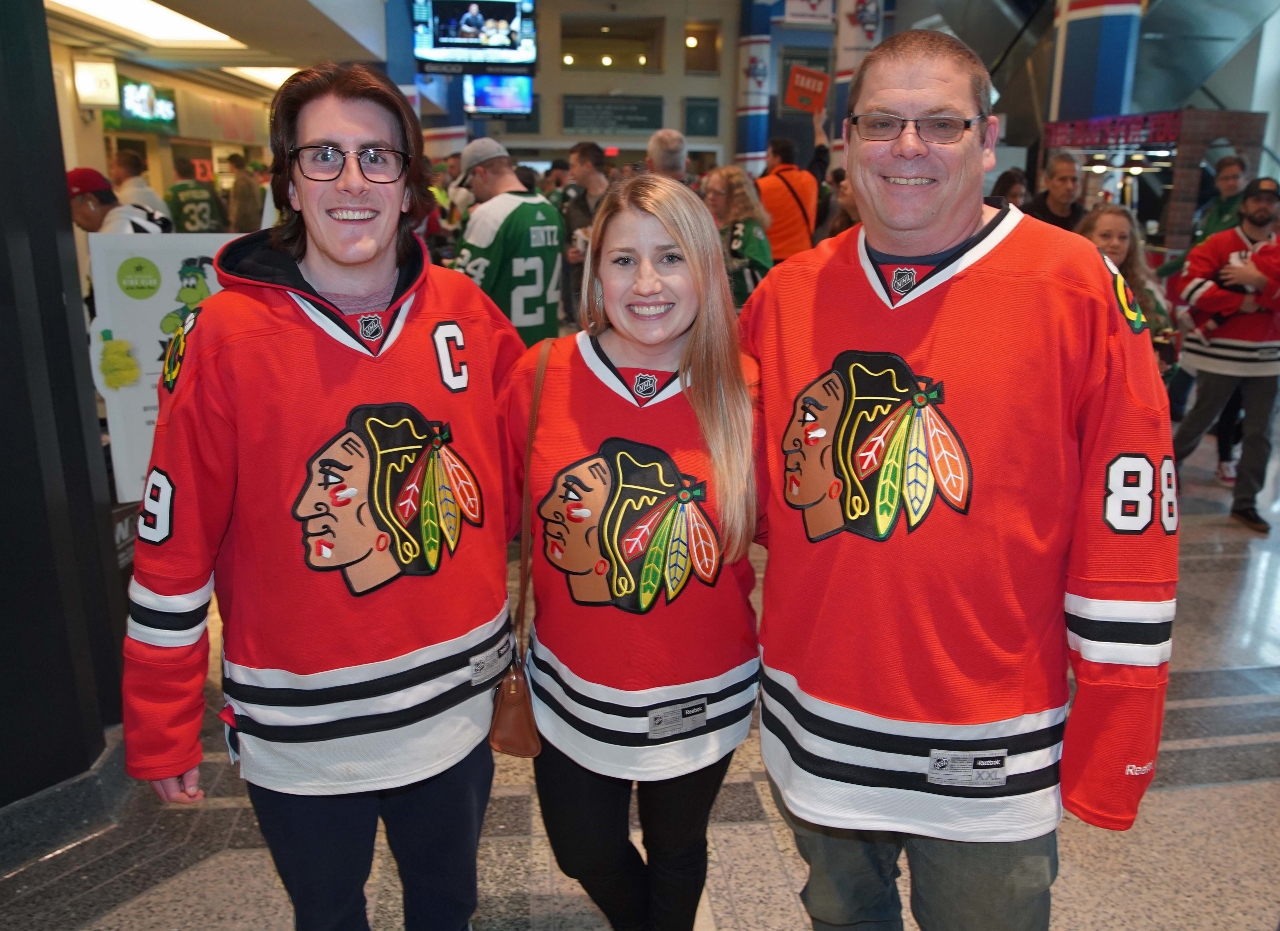 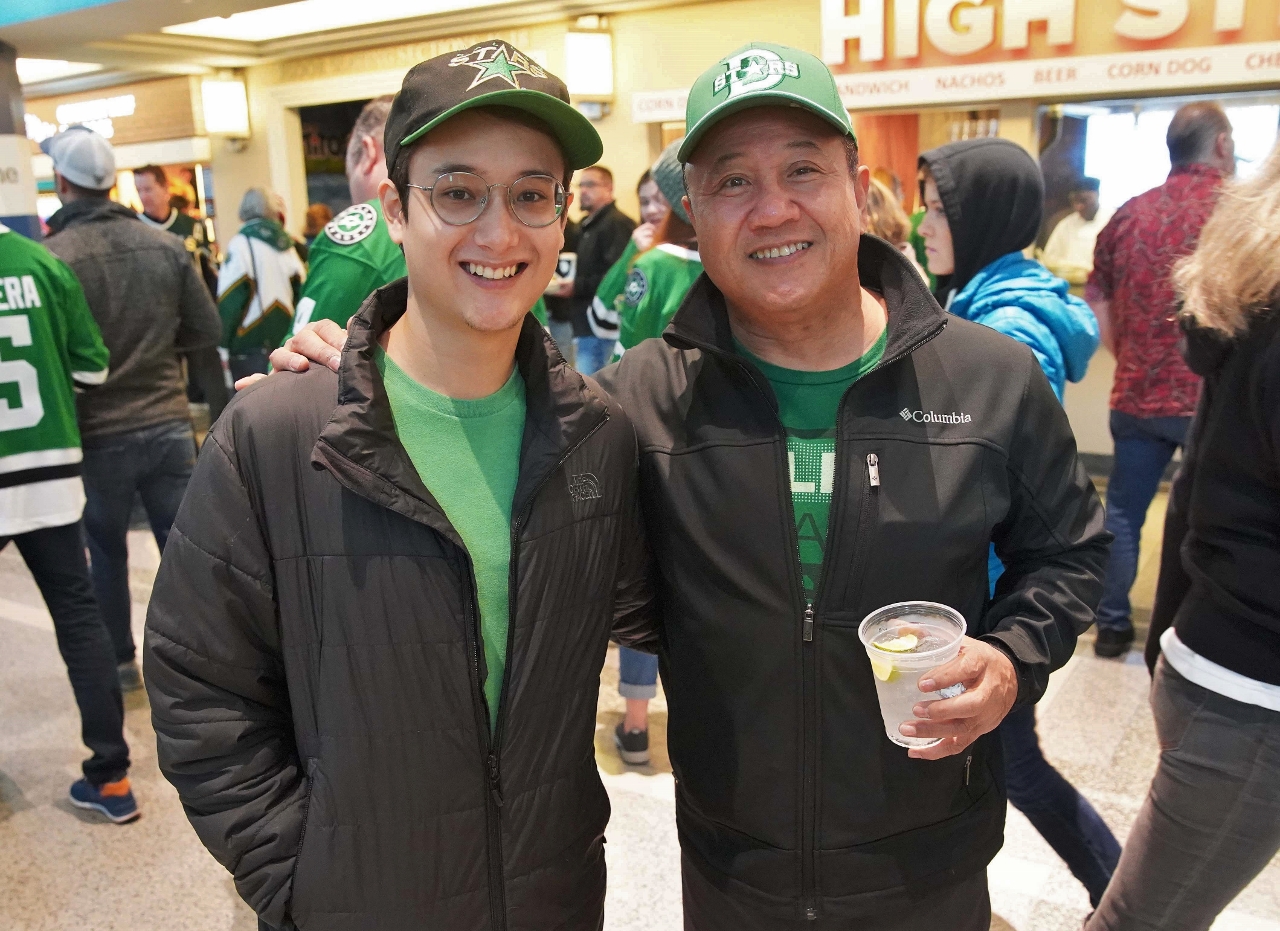 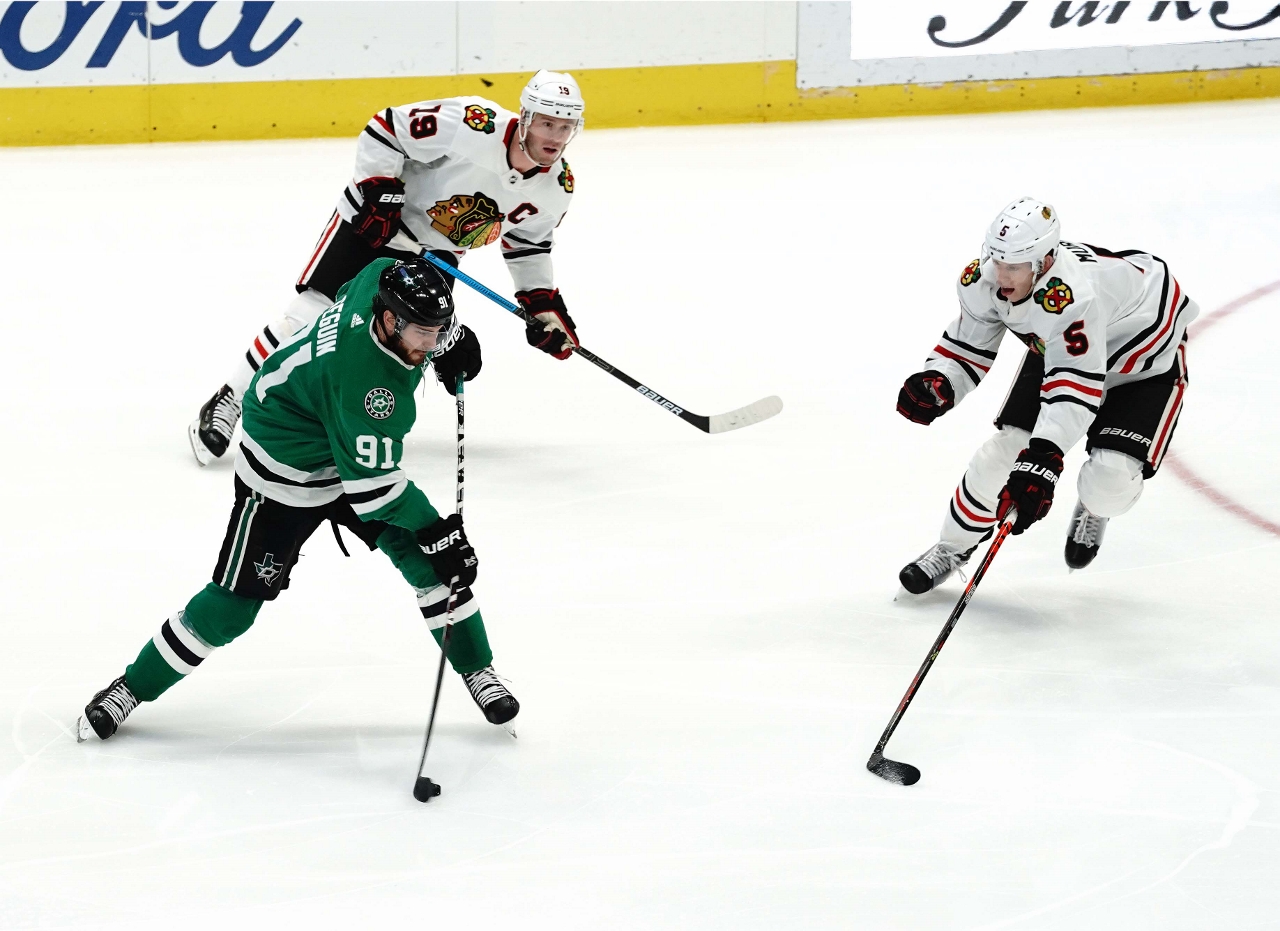 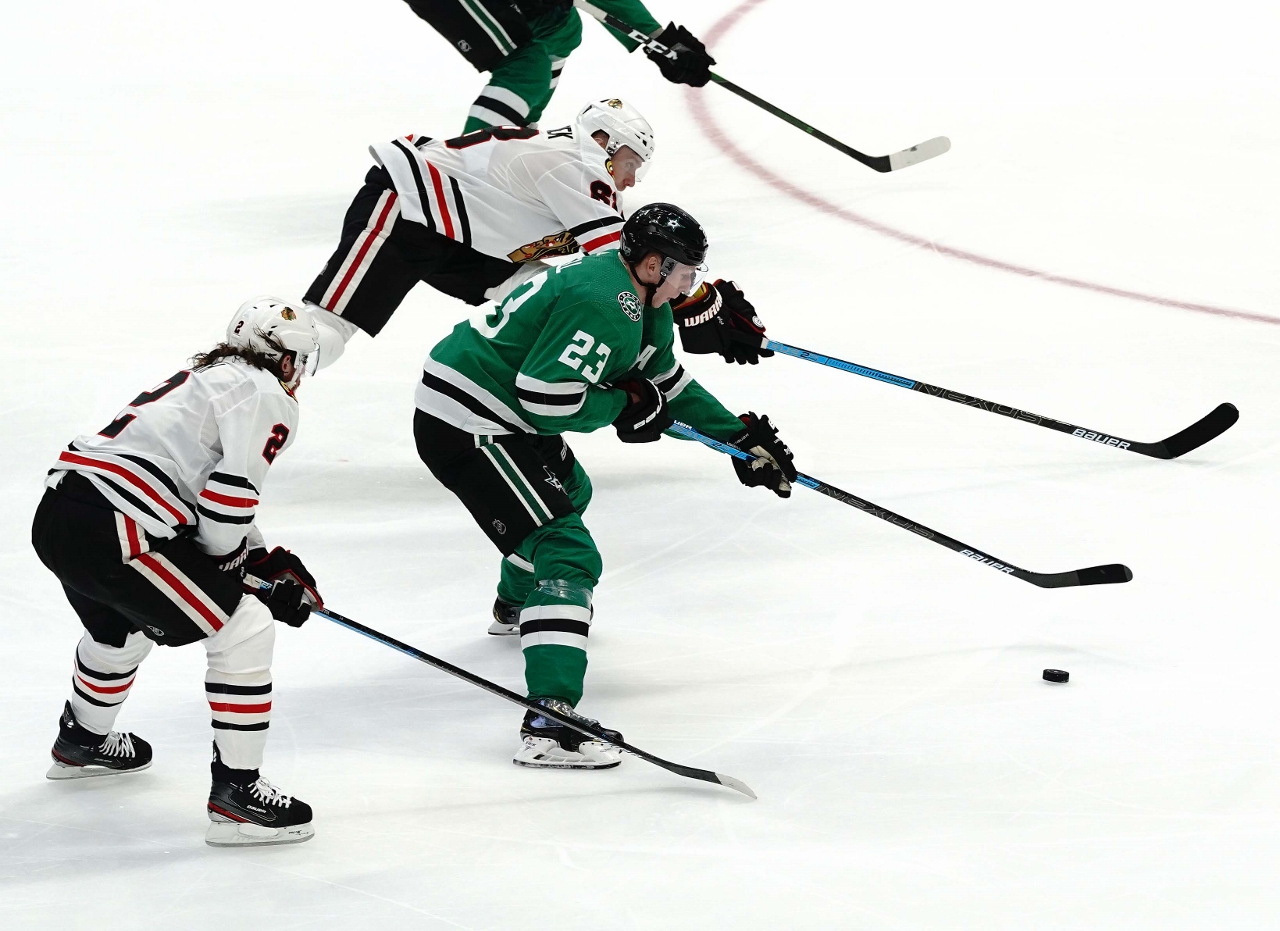 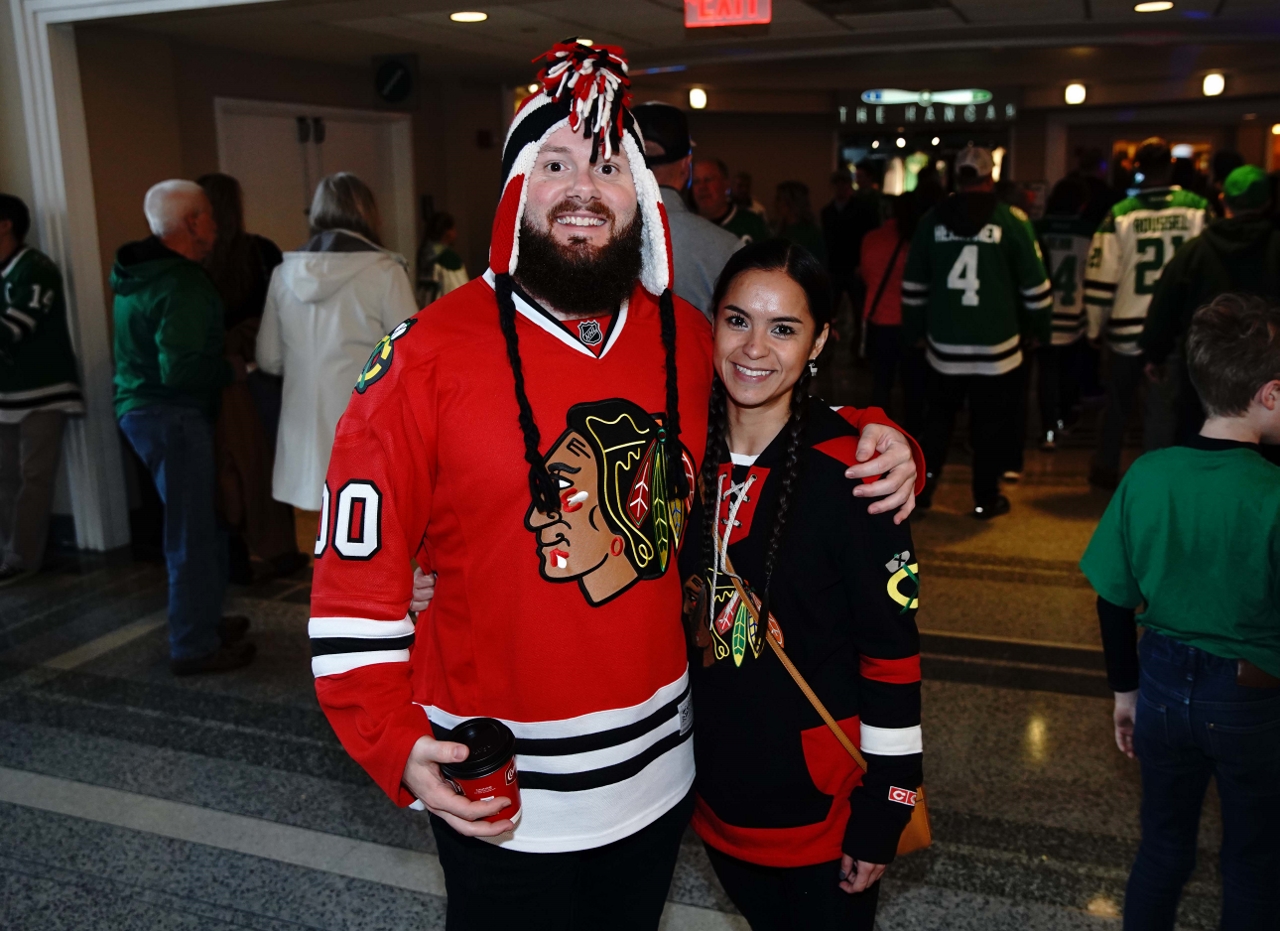 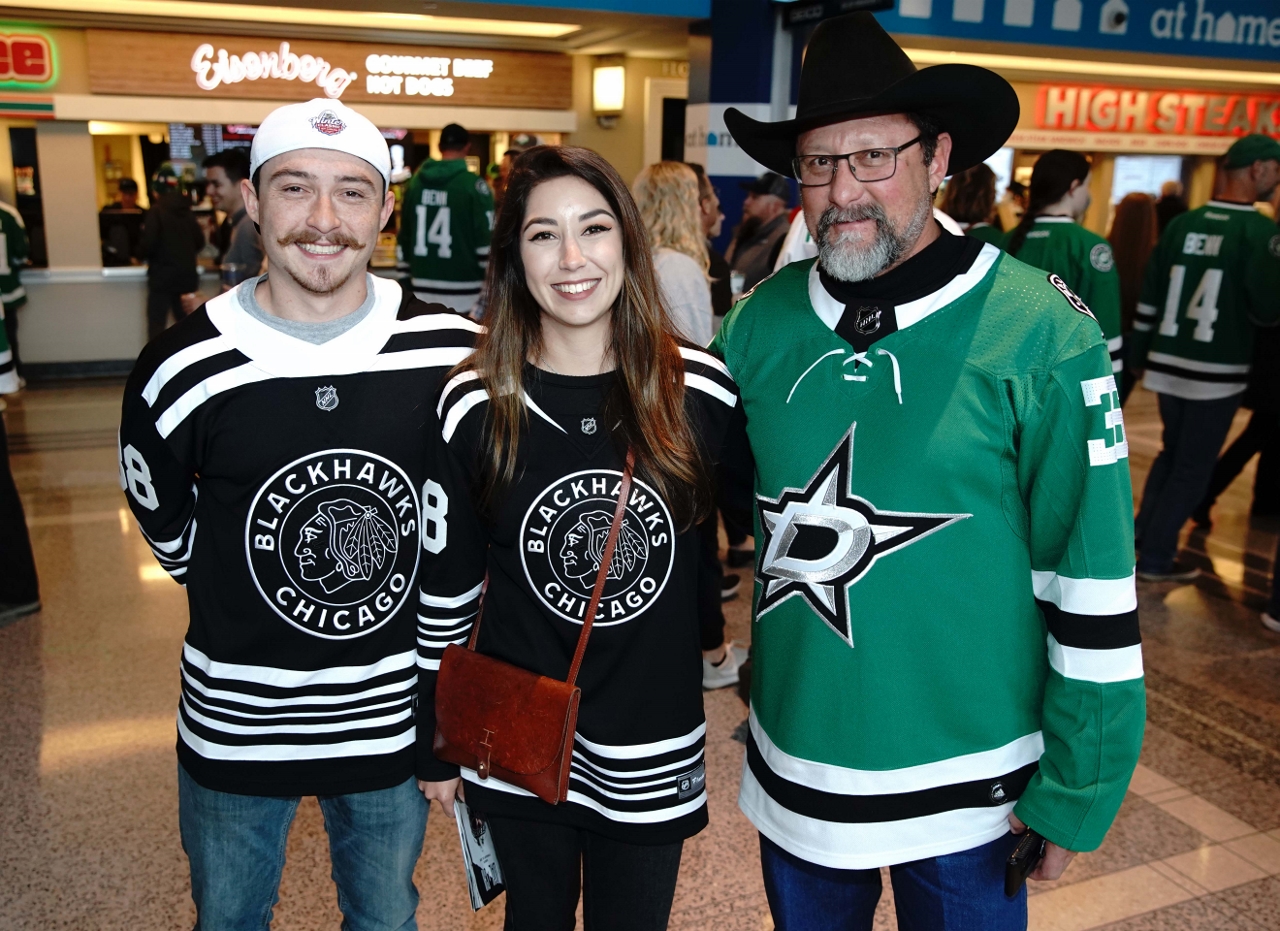 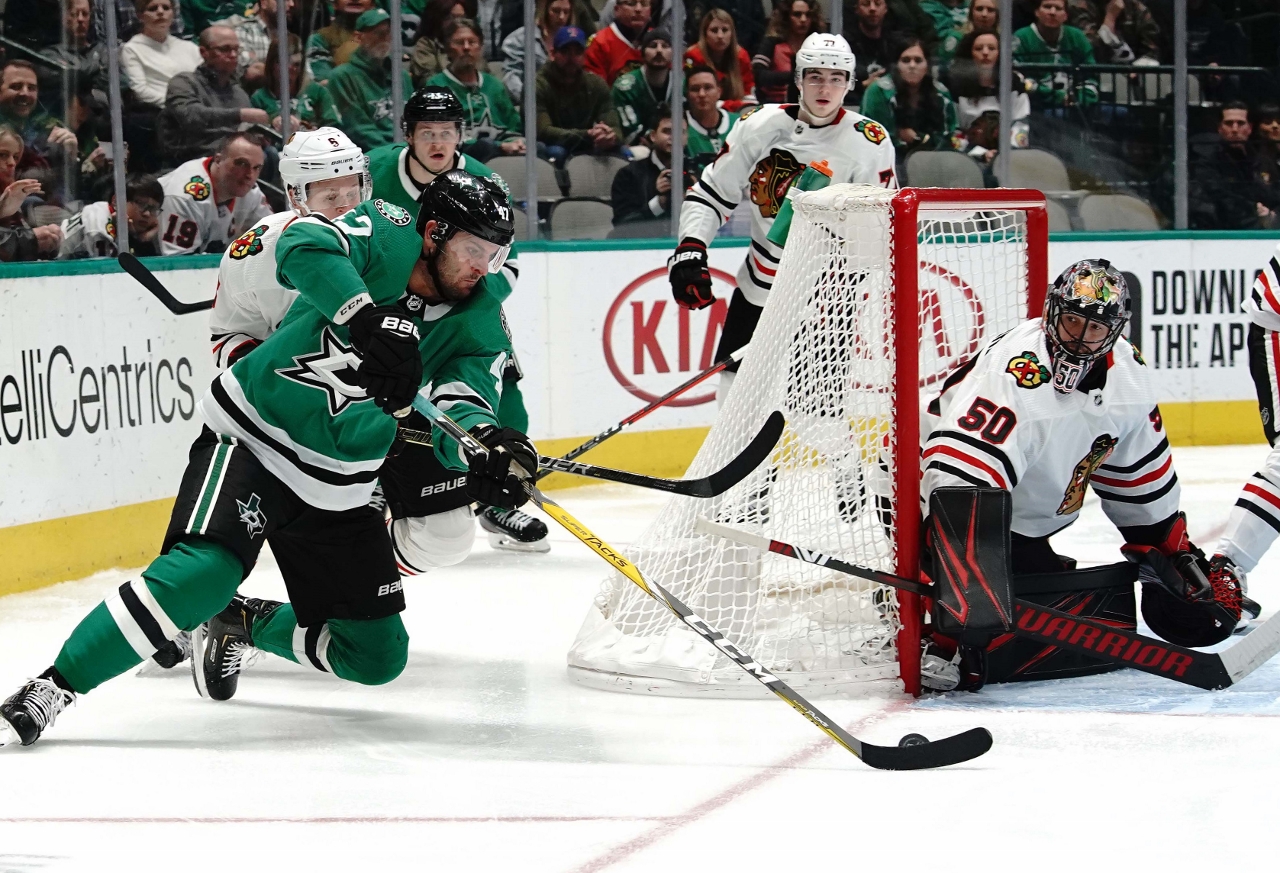 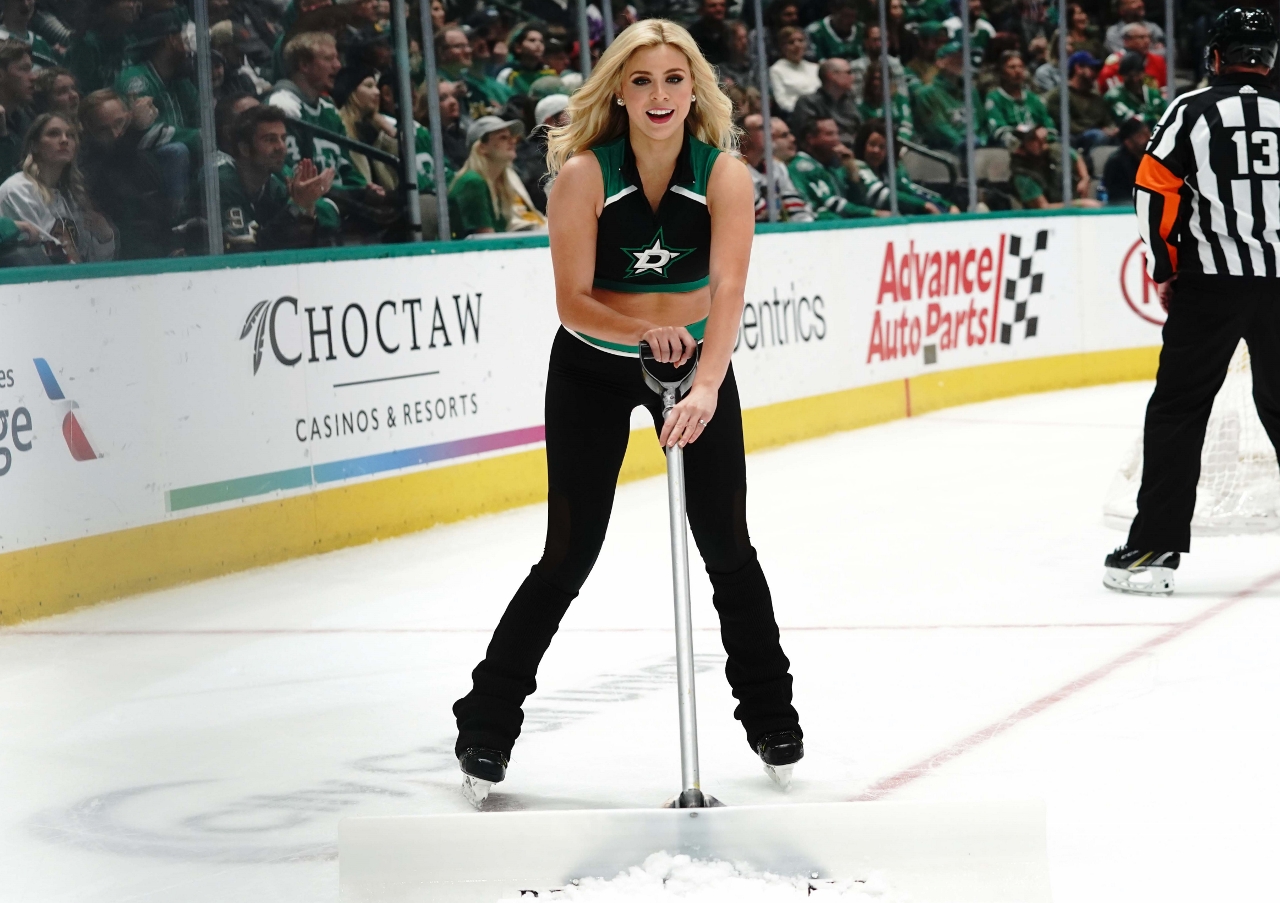 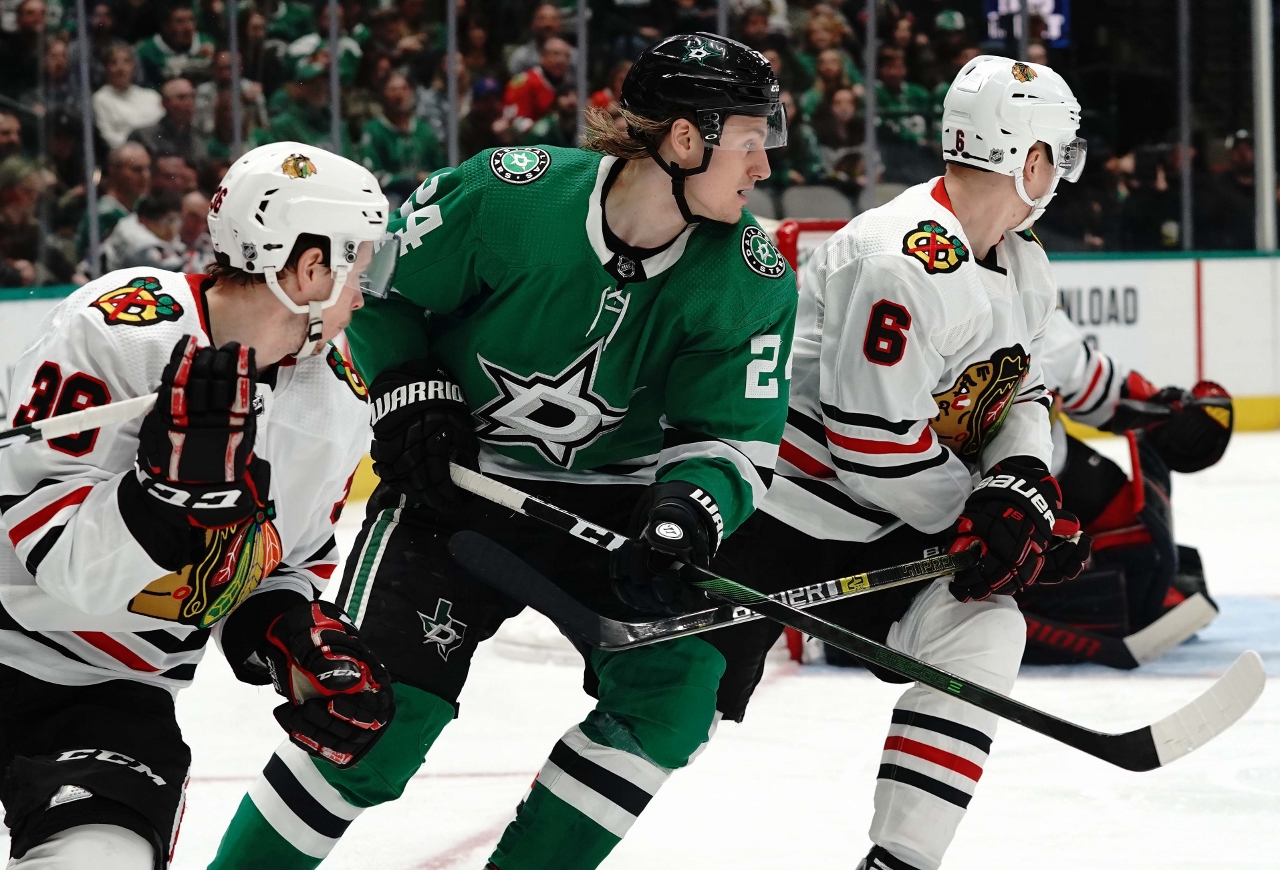 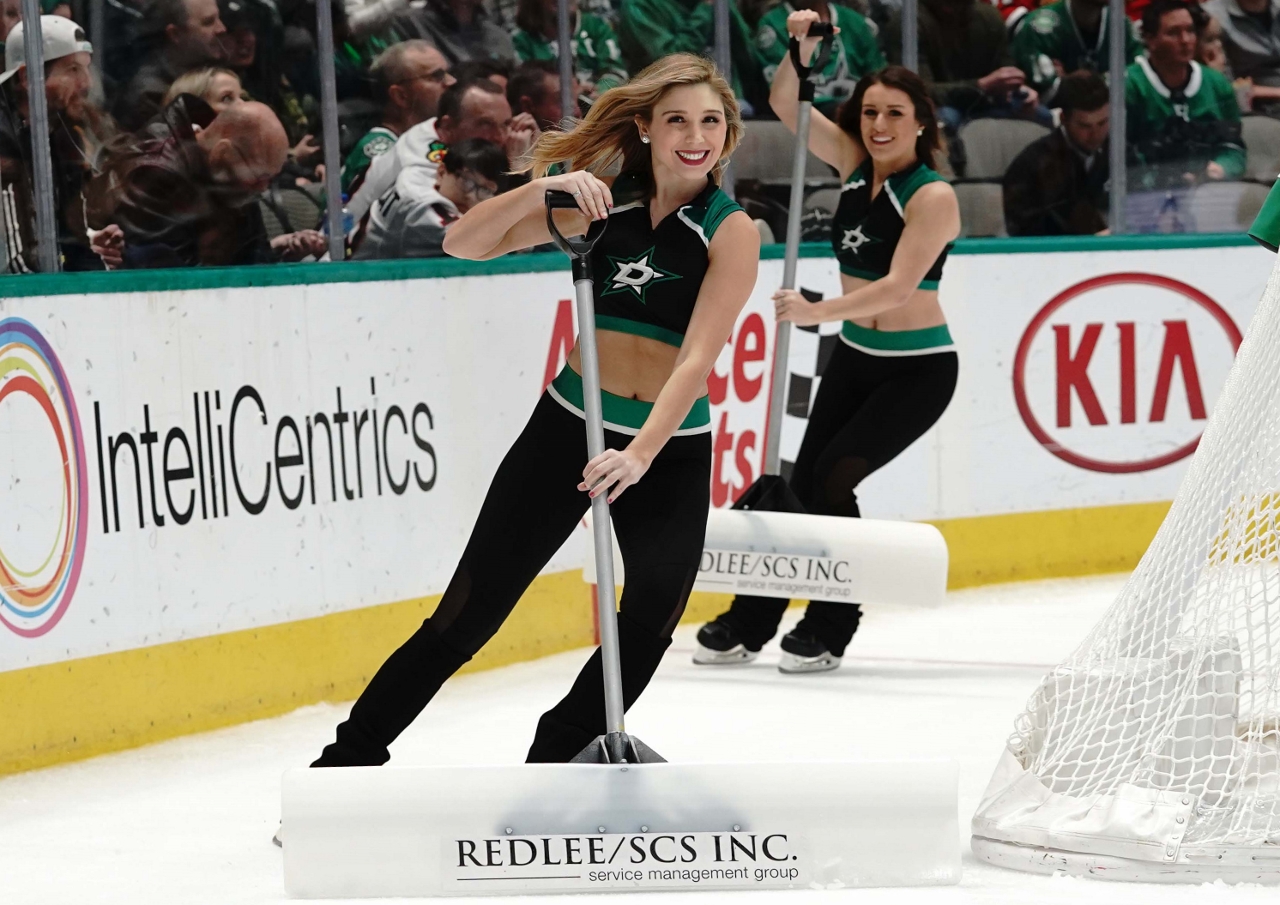 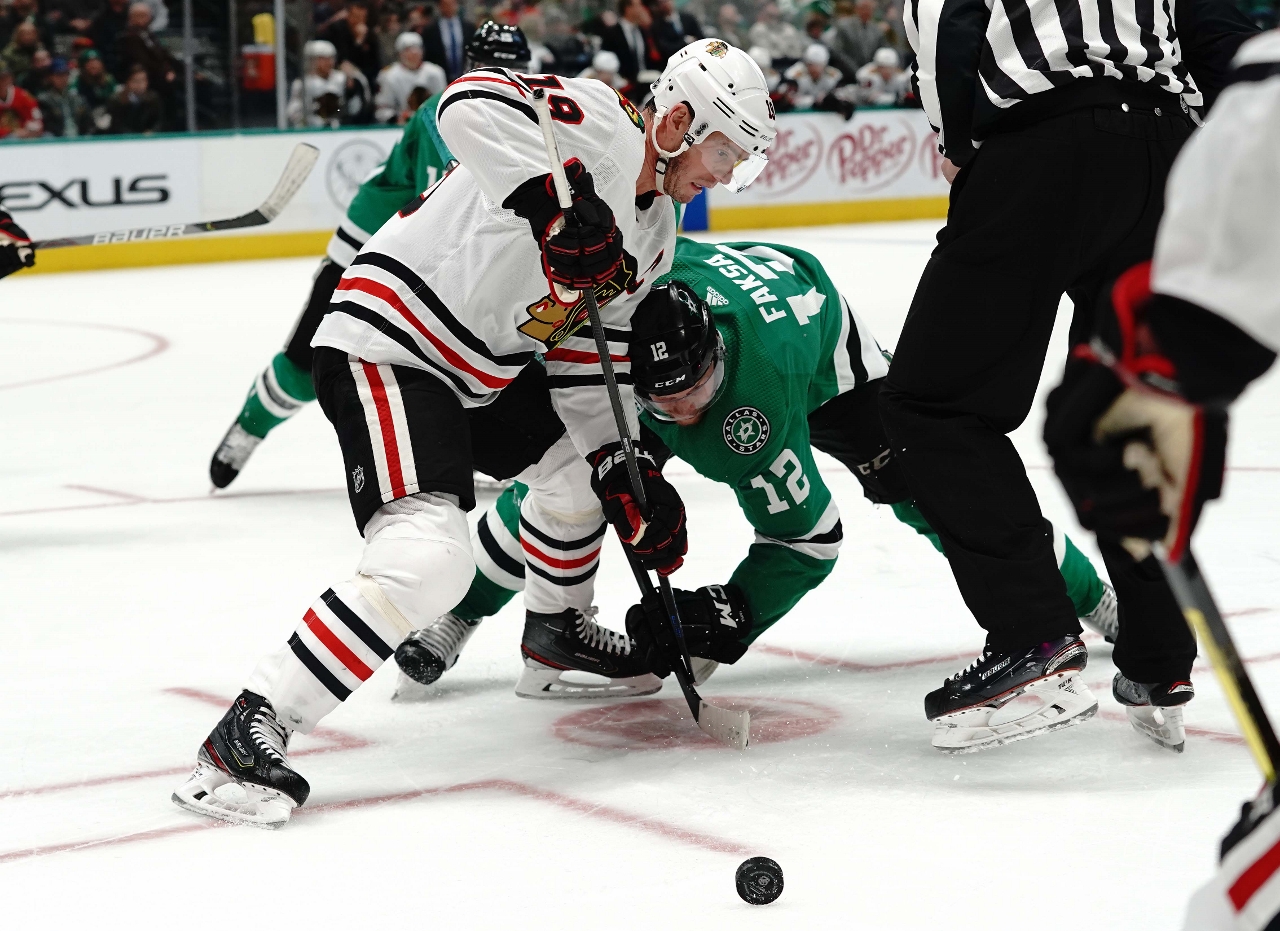 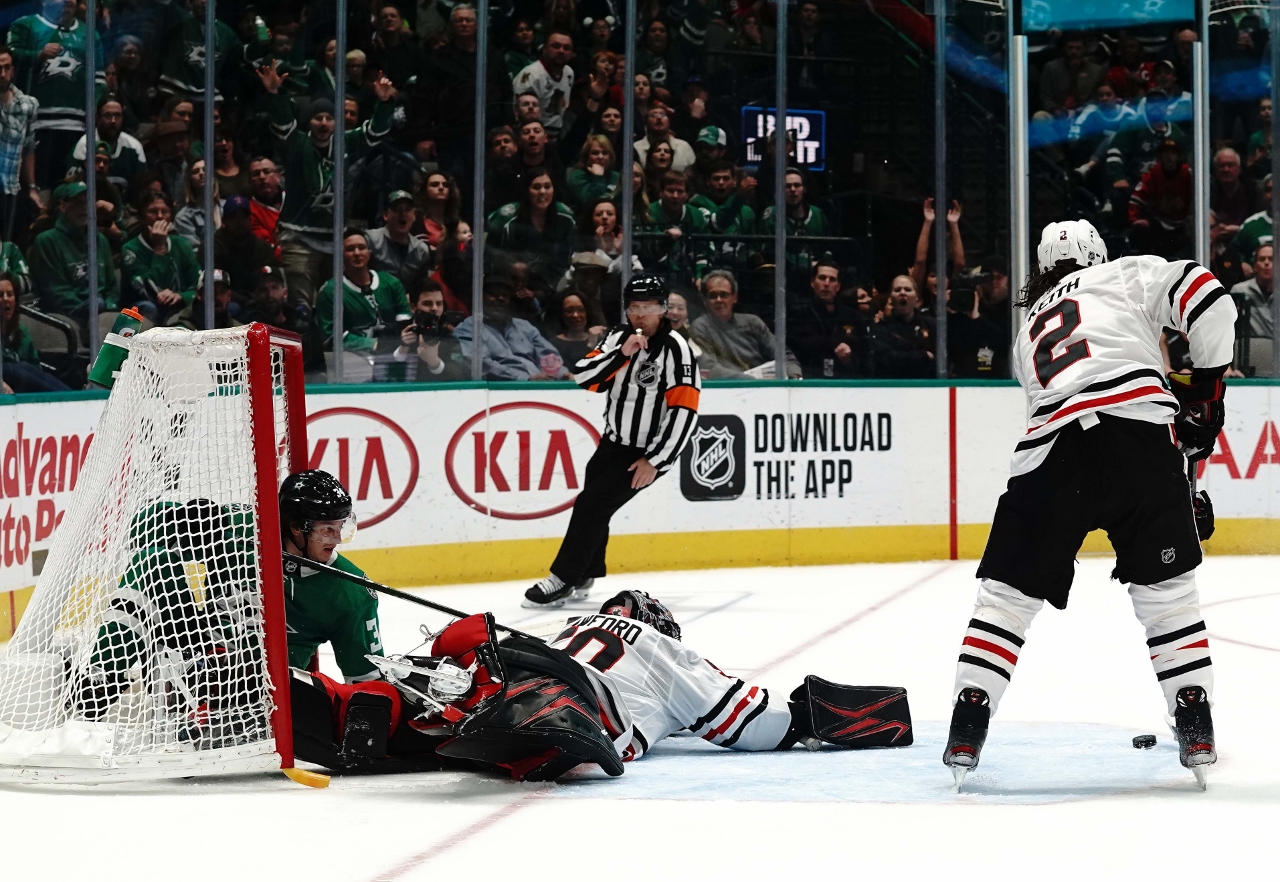 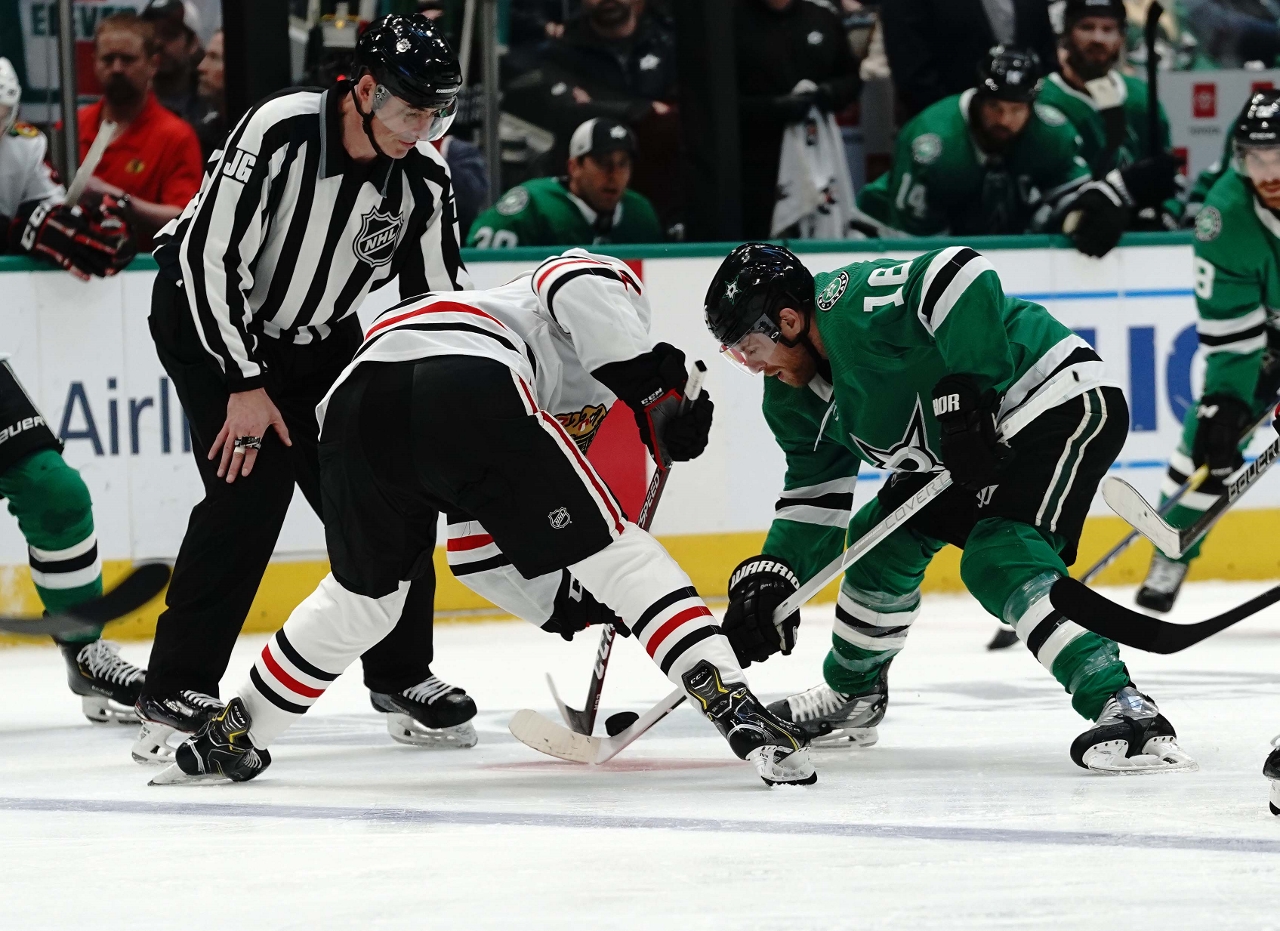 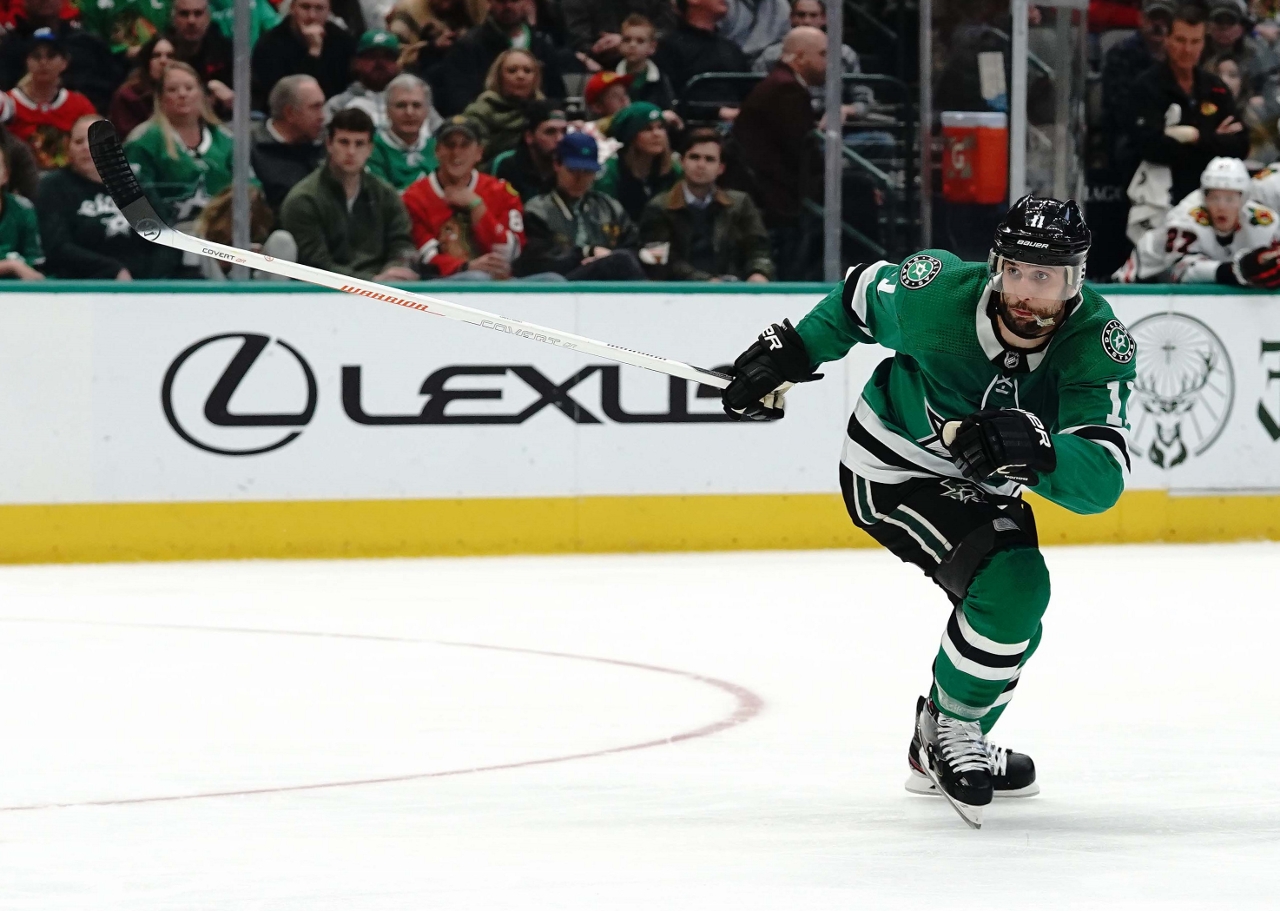 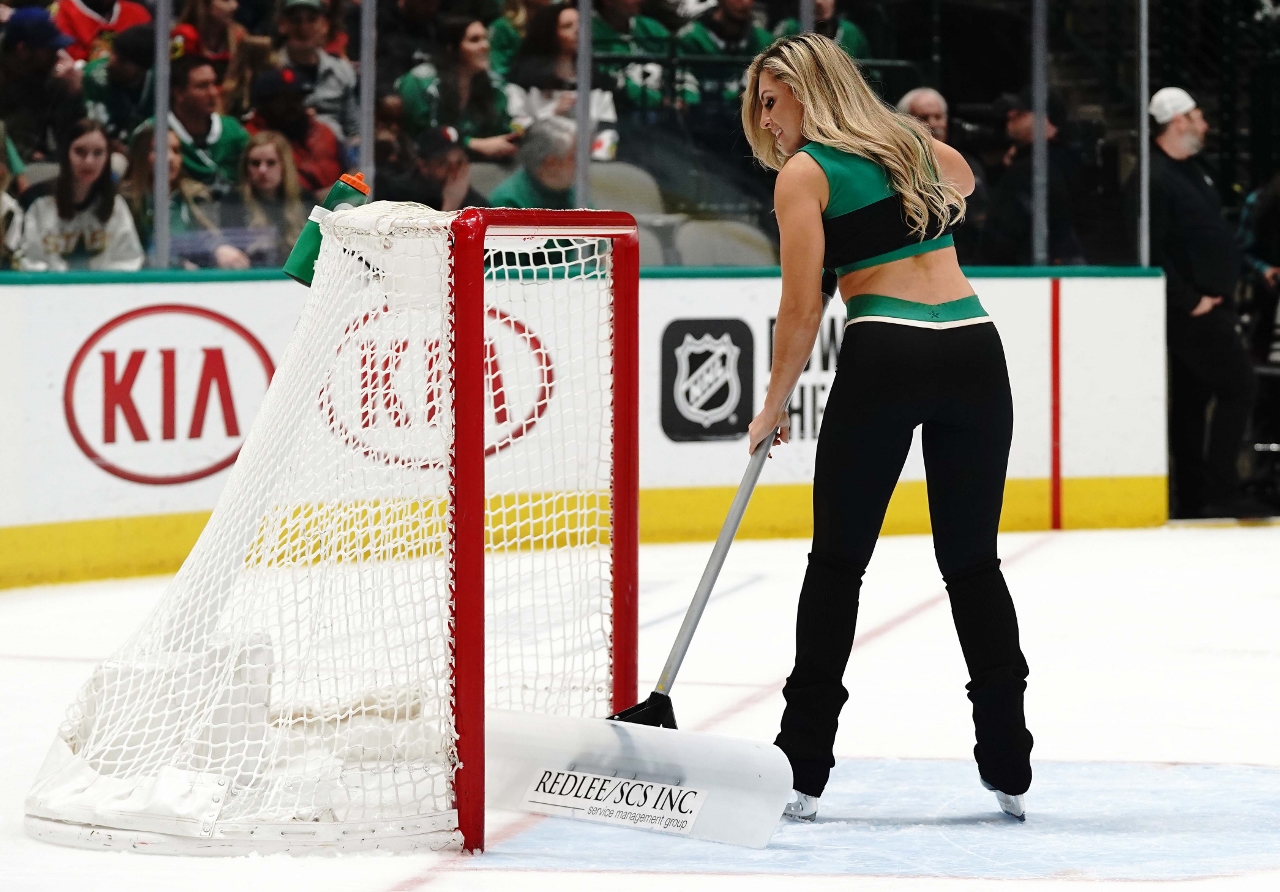 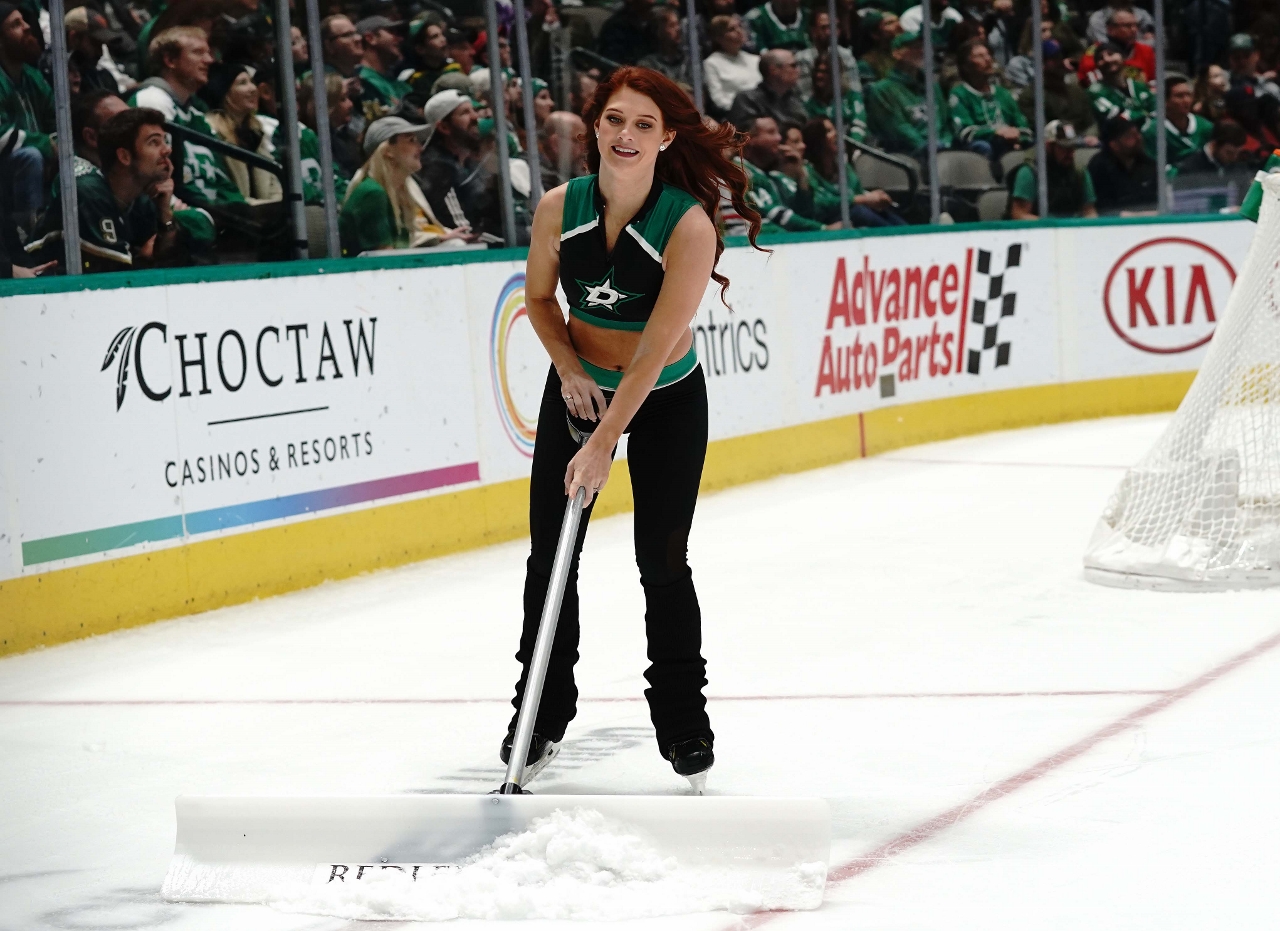 Anton Khudobin made 31 saves to help the Dallas Stars to a 2-1 win against the Chicago Blackhawks at American Airlines Center on Sunday.

Joe Pavelski and Tyler Seguin scored for the Stars (36-20-6), who have won six of eight and moved within one point of the Colorado Avalanche for second place in the Central Division. Dallas is 8-2-2 in February.

“That was much more like Dallas Stars hockey tonight,” Stars coach Rick Bowness said. “The 2-1 mentality, not giving them a whole lot, and taking their power play chances out.”

“They’re a good team,” Blackhawks forward Brandon Saad said. “They do all of the little things right and they compete hard. We thought we were with them for most of the game.

“They got a couple of bounces in front of the net and they capitalized, but we had our fair share of chances, too. I thought it was a pretty hard-fought game.”

“We came up short, but we played a really good hockey game,” Crawford said. “I thought our power play was moving it around and we got some good looks. We battled hard.”

Dallas committed four penalties in the first 8:30 of the second period. The Blackhawks went 1-for-4 on the power play during the span and 1-for-5 in the game. They are 2-for-26 on the man-advantage in their past 10 games.

“It’s looked better,” Blackhawks coach Jeremy Colliton said. “You need to see the pucks go in the net and I think we’ve been better at getting set up. I think [Alex DeBrincat] has made a difference going back there as net front but also on the breakout to help us get set up.

“We have to continue because it’s a big part of the game.”

Stars defenseman Andrej Sekera said about the penalty kill, “Guys were blocking shots. Guys had good gaps and [Khudobin] was making big saves. Everybody chipped in. With a little bit of luck, you always have a good chance to kill penalties.”

Seguin scored in front after Corey Perry batted the puck out of midair to him at 16:29 to make it 2-1.

“It was up in the air and I was whacking at it,” Perry said. “He stuck to the net. That’s where you score a lot of goals is in front of the net, and he made a good play.

“It’s kind of a lucky play there. I knew he was in front of the net and I was just trying to get it over to him as quick as possible.”

Mattias Janmark was awarded a penalty shot after being hooked by Duncan Keith at 17:00, but Crawford made the save.

“I haven’t taken too many penalty shots in my life,” Janmark said, “but I have one route that I usually take whenever we do it in practice and try to go high blocker there. He kind of came out towards me, so I just got to get it up a little further. He made a good save and played a good game.”

Khudobin made 10 saves on 10 shots in the third period.

“It seems like they collapse in their zone,” Crawford said about the Stars’ defense. “Whenever there’s a scrum, it seems like there are two or three guys going down. Their goalie played great, too and had two big saves at the end. We definitely played well enough to win this game.”

“They’re a good team that’s swarming all over the ice, whether it’s on the forecheck, neutral zone, or defensively. For us, I think it was getting quicker shots from the point and getting more bodies to the net. I think anytime we got flatfooted in the corner, they swarmed us and went the other way. We made it tough on ourselves.” — Blackhawks forward Brandon Saad on the Stars

“It was another solid game. That’s what you get when he goes in the net. He’s going to compete and he’s going to battle every shot every minute out there. There are a lot of teams in the League that would love to have the [goalie] duo that we have where you can throw your so-called backup goalie out and play like that. We’re in a wonderful position.” — Stars coach Rick Bowness on Anton Khudobin

Blackhawks defenseman Lucas Carlsson skated 14:55 and had three hits and a blocked shot in his NHL debut. … Sekera skated a season-high and team-high 24:44, including 6:39 shorthanded. … Seguin has four goals in his past six games. … Khudobin is 8-2-1 with a 2.23 goals-against average and .930 save percentage in his past 13 games.

Stars Moving in the Right Direction