Star Wars: Episode VIII – The Last Jedi is a science fiction film and sequel to Episode VII – The Force Awakens which was released in theaters on December 15. Picking up after the events of the last film the Resistance continues to fight for peace in the galaxy as the New Order plots to take them down. At the same time, Kylo Ren and Supreme Leader Snoke seek out Luke Skywalker and Rey to finally put an end to the Jedi race and gain full control over the galaxy.

After sitting down for over two and a half hours waiting to see what all this new American tradition brought I would have to hand it an award of five out of ten stars. Before any major Star Wars fans try to riot let me just explain why I had to award this film what I believe it deserves.

First off, like any other film, there is the whole plot that makes up the possible success or failure of a film. With the plot this film gave, yeah it had some interesting stuff and funny scenes, but all in all I felt as if I was watching a remake of The Empire Strikes Back and a little mix of Return of the Jedi with Rey wanting to learn the ways of the Jedi from Luke as Luke did the same with Yoda. Okay, she must learn it somehow, but the way she did was, once again, very similar to the way Luke did making me believe the writer and director could not come up with any new ideas so they just had to plagiarize more of what George Lucas had already created. Even the New Order chasing the Resistance reminded me of the Empire chasing after Han Solo and the gang aboard the Millennium Falcon so it was once again a game of cat and mouse I had already been introduced to before.

Then comes the characters themselves, which I felt many had changed a full 180-degree turn in just a short time from the previous film to where I was left wondering; who, what, when, why, how? Then comes several new characters who did not feel as developed as they should have been and appeared to be more extras rather than main characters to help explain the whole plot of the story. Speaking of the plot again the character of Luke Skywalker and his relationship with Kylo Ren seemed like they were recreating an Obi-Wan Kenobi and Anakin Skywalker relationship all over again. Luke seemed like a completely different character from what we all knew him to be and after seeing more of what had gone on in the past thirty years I began to wonder if this story even took place in the same universe anymore or if I was being introduced to a completely different plot line I had known ever since I first saw “Star Wars.”

On a side note, (SPOILER ALERT!) at least the original Yoda made a cameo in this so-called epic blockbuster film of the year to give a little hope that maybe the franchise is not all lost yet.

Other than the plot and character development the only thing I didn’t have much negative to say about was the whole action/special effects, which no matter how terrible a Star Wars film maybe they have never failed to bring audiences the action they deserve. Though some could have been performed a little better I was still entertained from every gunfight, ship explosion and lightsaber duel the film brought where at times I almost forgot about the negatives because I was so focused in on the intense action one should expect in these films.

Now the ninth part to the series will be released on December 20, 2019, so there is still plenty of time to relax and hope the third and final chapter to the third trilogy hands audiences what they had been expecting from the beginning.

Until then, “May the force be with you.” 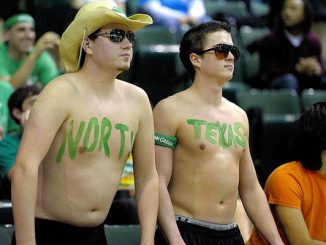 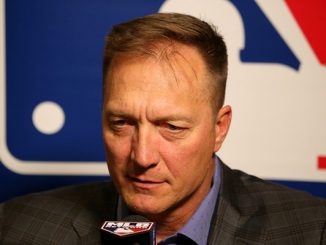