When I first read the credits for Spotlight, I thought ‘Damn, that’s one hell of a cast listing.’ But none better to bring to life this Pulitzer-prize winning true story. Spotlight follows the investigation by staff of the Boston Globe and their search to find the truth behind what is taking place within one of the world’s oldest religious institutions and possibly the most powerful as well.

It was a dark time for what is essential the foundation of light for many human beings in their journey through life. Portraying the roles of the ethical journalists whose responsibilities outweighs that of anything else that was going on in the world at the time was not an easy task. They soon find out through their search that even they are at fault and the tables quickly turn on themselves as fingers begin being pointed.

Mark Ruffalo (Avengers, Foxcatcher) and Rachel McAdams (True Detective) play members of the Spotlight team at the Boston Globe, an investigative squad of journalists who are appointed the most crucial of worldly injustices to investigate all while hoping that bringing them into the public eye will ultimately solve or lead to solving the injustices taking place.

Michael Keaton (Birdman) plays their boss, the editor, who basically decides their assignments until Marty Baron shows up, portrayed by Liev Schreiber (Pawn Sacrifice, Ray Donavon), and asks them if they’d be interested in looking into an older story that had been run by the Globe years before but had been ultimately forgotten for the time being.

Directed by Tom McCarthy who also has writing credits alongside Josh Singer, Spotlight is a perfect mix of fresh directing and fresh writing mostly under the scope of seasoned production company Anonymous Content (True Detective, Mr. Robot). Spotlight is fresh content and fodder for the appropriation of good journalism and the value it holds in our democracy and religion. It lays down its ethical and moral obligations to bring truth to the everyday person who at all cares about the world they live in and what’s going on around them.

Spotlight has all the right people in its repertoire as it employs some serious Oscar influenced individuals. But its a true story that needs to be told with straight faces over every medium possible. Stanley Tucci, known most recently for his giddy portrayals in The Hunger Games series, is just about as boring as a lawyer can be, yet in Spotlight, Tucci still puts on a mind opener of a performance and adds good depth to an already steeply morose plot line. It’s a mesmerizing thriller without the unnecessary thrills.

Go check out Spotlight, in theaters now, and check out the official trailer below: 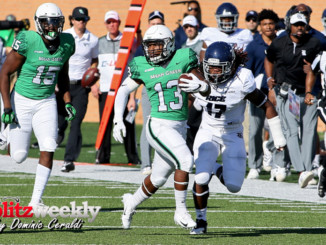 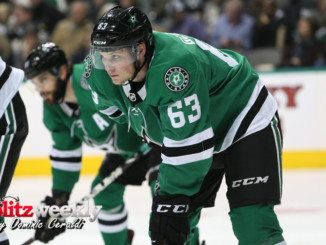 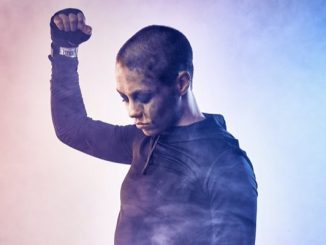