The idea of African-American and white people getting along, once a reality, is starting to seem impossible again. People think I’m being paranoid when I say that talk radio stars like Rush Limbaugh seem to be hoping for an all-out racial conflict. Even though he’s done everything on his show to spark one, with the exception of singing “Old Black Joe.” As a result, I decided to speak to various people about the situation. To see if they hold out any hope for all of us getting along someday.

After they stopped laughing or asking if this was a rhetorical question, they weighed in on our race recent problems. Like cops firing warning shots…into the chests of black teens. Most feel pretty horrified and hopeless. And the contributors from Fox News aren’t helping. Considering their best suggestion is that people of color should just get a chemical peel and hope for the best. But here goes.

The first person I spoke to was a writer and teacher named Nathan who lives outside of Boston. Being bi-racial, he feels the door doesn’t just hit him on the way out, but in, too. And he feels so schizzy about things in America, metaphorically, he doesn’t want to leave the house anymore.

“One of the hardest things I’ve come up against in my life is the idea that I’m not black enough for either black or white people,” he said. “It’s very painful for me because at an early age, I came to believe that what makes us distinctive as humans begins with the way we were born. But most Americans are either too lazy or ill-equipped to learn about you and find out what your commonality might be. They see your face and think they’ve got your story all figured out.

“Believe me, both black and white people, for the most part, go with the easiest stereotypes when meeting me or others. I think this idea spreads to the cops as well, especially lately. Kurt Vonnegut once referred to this as ‘imagination sickness.’ And I think he nailed it. My only hope is that people will start taking the time to know others, individually. Then there may be fewer misunderstandings, shootings, general anger. But, honestly, considering I, as a professor, have been stopped and hassled while driving? What chance does a young black kid who might be a bit mouthy have? It’s a pretty grim future I’m envisioning.”

Arch is a young black man I know who is getting a PhD in Philosophy.

Unlike the professors I had in that field, who could turn the act of eating eggs into something so  incomprehensibly evil, I’ve eaten nothing but Egg Beaters since college, Arch was clear and sensible. He also didn’t make me feel like I was part of a chain of genocide that stretched back through history. And didn’t stop until I felt as responsible for the destruction of The Congo as King Leopold.

Unlike many older folks, black and white, who tend to view the past as a rosier period, because people read and thought more, Arch isn’t going for that.

“I disagree with the idea that TV and mass media is to blame,” he said. “In the days when print used to rule the day, racial perception and advancement was probably at its lowest ebb. Don’t forget, it was television, showing non-violent black folks marching and being attacked by dogs and hoses, that helped the civil rights movement considerably.

“One would like to have believed that we, as a nation, should have been able to build on those triumphs. When the Voting Rights Act was passed and busing, as rough as it was, helped or forced kids to integrate. It did for a while. And kids are better off for it. Look at all the white teens now who love hip hop and black culture.”

Still, Arch feels like the proliferation of media, where it sometimes seems anyone, even if they’ve just learned to walk upright, can get a TV station, has really stalled our ability to get along together.

“Instead of improving things racially,” Arch says, “mass media has really poisoned the well in the past 30 or so years. It’s now so often about tabloid assholes, deniers and haters of all sorts, who slither about, print their hate speech and then rationalize it. As long as they keep saying that racism is not much more than a lapse in manners, people in thrall to TV and radio won’t give real racism any real thought.

Racism is more than just using ugly words or pictures. It’s a mindset. And until the average American is willing to really think about it, we’re going to have more Fergusons, more Staten Islands. Sorry if that sounds kind of hopeless. But pretty often I feel that way. Especially, when you think of how many channels we have now. And freaking satellite radio.”

One of the things that Arch referred to is the new, still-evolving electronic media. It might be talk radio, the paradoxically-named Fox News or stations that seem to be broadcast from a ship floating just off the Jersey shore. And hosted by Snooki. But the supposed objectivity of various stations and their anchors is often at question.

For those of us seniors, who remember the notion of fair play in broadcasting, it’s been as scary a transition as flipping through 30 years of Madonna photos. In the 80s, she was young, innocent and pretty. Now she’s got cheek implants, gold teeth and a face so tight from surgery, every time she sits down her eyes snap open.

We should have seen this coming.

In 1949, the Federal Communications Commission instituted something known as The Fairness Doctrine which required that radio and TV stations give the opposing side its say whenever they editorialized. In 1987, President Reagan vetoed this legislation, which was the beginning of the end of civilized discourse in media. In other words it’s made room for people like Rush Limbaugh. Who can say stuff like there should never be a black James Bond. Partly out of bigotry. But also because he’s taken so many Hydrocodone, he’s furious. Because he hasn’t had a decent bowel movement since Desert Storm.

Back in the old days, Limbaugh would have been forced to have someone on his show giving an alternate opinion. But Rush’s opinions, as nuanced and thoughtful as the music of Styx, now go unchallenged. And too many people just let those remarks stand. Even if Rush, himself, has great difficulty standing.

Perhaps the most troubling aspect of this notion of different kinds of justice for different people, is hearing people you know espousing racist views. Not long after the murder of Trayvon Martin, an old  friend, ‘Ted,’ a white musician, said to me these kinds of things happen because kids of color don’t behave well when stopped. That when Ted got stopped in the old days, when he had long hair, he always was “super polite to the powers that be” and drove away with “just a warning.”

I was, as you might imagine, pretty shocked. Teenagers of all sorts tend to talk back. I know. I use to be one. But still, being white, it rarely got me anything but a ticket. And that was from someone in law enforcement. Not a member of the neighborhood watch.

I asked my friend if he was walking across the street to a 7-11 and a George Zimmerman asked him where he was going, how many different expletives would he have used to answer that master of race relations. Ted was silent. Especially when I said we’d both be employing curse words and combinations of curse words that hadn’t even been invented yet. And we’d still live to tell the tale. Ted couldn’t help but sheepishly agree.

Toward the end of my investigation, I spoke to a female, African-American teacher named ‘Joan.’ She teaches English at a major university in Manhattan and due to her discussions in class with her students, she’s gained a perspective on race in America that she found to be as fascinating as it was troubling.

“We had a discussion about race the day after the Ferguson verdict, instead of talking about Chaucer,” Joan said. “All my students, black and white, were unhappy about the decision not to take the Brown case to trial. Plus, these kids are so well-versed in the law, they were really surprised that (policeman)  Darren Wilson was allowed to testify on his own behalf. As far as any of us know, the accused isn’t supposed to even be at a grand jury investigation. Much less state his case.”

Joan said her students’ reaction to Wilson not being indicted was a very ambivalent experience for her. A little like the way I felt when I heard Limbaugh had been caught doctor-shopping for painkillers. I guess it made him seem human to me. But then I thought, would you ever want to get high with Rush Limbaugh? Even if he had the best designer drugs in town? That’s a Zen Koan that would even stump the Dalai Lama. Joan was equally conflicted about her students that day of the discussion.

“On one hand,” she said, “I was glad the kids were following the Michael Brown case and were so knowledgeable. But on the other, there was a distinct feeling among these kids that the decision not to prosecute was inevitable. The news was received with a certain amount of cynical acceptance. An ‘I knew it’ kind of response.

That really broke my heart. Kids today are much better informed when I was their age. But I use to think that justice would always prevail. Too many Superman reruns as a kid, I suppose,” Joan said, chuckling mordantly.

Still, the Professor didn’t have to reach too far back to remember another verdict that seemed like a slam-dunk. And wasn’t.

“As I was chiding them for being so resigned,” Joan said, “I suddenly got an image in my mind of the Rodney King beating. I was in college myself at the time. And I thought, surely the fact that there was  video of the cops clubbing King was all a jury needed to convict the cops that did it. We all know now that that wasn’t the outcome at all. So, how can I blame these kids for feeling that equal justice for all races isn’t ever a sure thing?

“My students feel that the system is rigged. So, as much as I wanted to tell them about truth, justice and  the American way, I couldn’t. Because, Superman aside, I don’t think anyone with a brain believes that anymore. Especially when it comes to white cops and supposed African-American perps. Then there are the civilians. How many times has George Zimmerman been arrested since he shot Trayvon Martin? And he’s still not in jail? It’s terrible. And I can’t blame our kids for feeling more and more cynical about the American way. Even in this supposedly-enlightened, brand new century.”

I listened carefully. And thought for a while. Never an easy thing for me. I was silent in response. Not   even a sarcastic response was forthcoming. And I don’t know who was more disturbed by all that horrible quiet. Joan or me. I then said, ‘all we can do is wait and see, I guess.’ But, finally, even I had to admit it. As answers went? That wasn’t too encouraging. 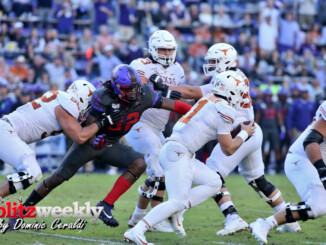 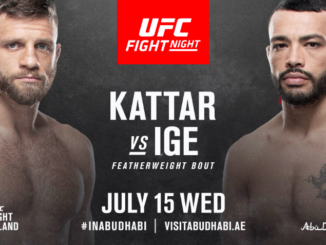 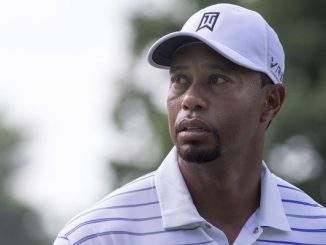