Holly Holm, yes everyone will remember that name as it is the name of the very woman who defeated the world’s most dominant athlete, Ronda Rousey. Resulting in the biggest upset in the history of the UFC and possibly the sport of MMA in general. With this major win Holm’s career has taken off. Holm’s hometown of Albuquerque, New Mexico threw a parade for her labeling the day as Holly Holm Day. Now that she has become the first person to ever win a title in both boxing and MMA, fans are anxious to see what is next for the newly crowned champion of the women’s bantamweight division. Though she has many opponents to choose from UFC Chairman Dana White has already confirmed that Holm and Rousey will face each other once again in an immediate rematch scheduled for UFC 200.

Everyone of course would love to see these two female athletes go at it once again, but since the fight is not going to happen for about seven months and there are so many fighters that Holm could defend her title against in that time frame, some are wondering if the rematch should happen so soon.

Rousey was indeed the woman that got women’s MMA brought into the UFC and really showed how dominant of an athlete she was against the rest of the division having fans everywhere wondering if she would really retire from the UFC as the champion and undefeated.

It’s a fact, Rousey was the first UFC Women’s Bantamweight Champion. She defeated most of her opponents within seconds of the first round and of course one can argue that she deserves a rematch. However for her to receive a rematch, she should first regain herself confidence and the best way to do so is to face other opponents and get back on the winning streak. If Rousey doesn’t regain her self-confidence heading into the rematch then how can she expect the results to end any different from the first match.

It would also be helpful to Holm to face other opponents so fans can see just how much of a threat she is to the division and show the world that she too can take a part the exact same opponents Rousey did with almost the same ease.

After all, Miesha Tate wants to have a crack at the new champion and she is also one opponent Holm and her team are pushing to have a fight against before a rematch against Rousey.

Rematches are good to watch, but seeing them immediately can get real old and boring fast as fans want to see new things and not the same exact thing over and over again causing them to lose interest in the sport altogether.

Holm vs. Rousey II will and needs to happen, but not so soon as both fighters need to prove themselves more before they collide in the octagon once again. 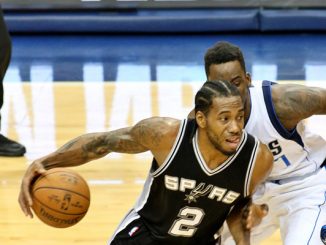 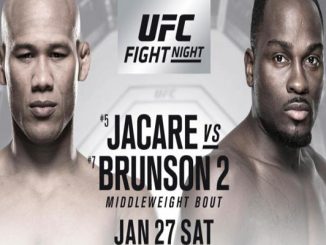