Section 5 of the Baseball Writers Association of America’s Rules for Election to the National Baseball Hall of Fame states:

Voting shall be based upon the player’s record, playing ability, integrity, sportsmanship, character, and contributions to the team(s) on which the player played.

Implemented in 1945, the rule is supposed to “apply to how the game was played on the field, more so than character off the field” according to the Voting Rules History section of the Hall of Fame’s website, baseballhall.org.

Let’s face it, if everyone who had committed some sort of sin against baseball on the field were included, some of the biggest names in history would not be members of the hallowed shrine.

Remember the game in Yankee Stadium when George Brett was famously caught using pine tar on his bat? How about Gaylord Perry, who was suspended for 10 days for doctoring baseballs. Some people believed Ty Cobb intentionally tried to hurt other players with his feet-first, spikes-high slides. And off the field, Babe Ruth and Mickey Mantle were known to love alcohol.

All are members of the Baseball Hall of Fame.

Pitcher Roger Clemens and sluggers Barry Bonds, Mark McGwire, Rafael Palmeiro and Sammy Sosa  have as good or even better on-field statistics as the above all-time greats and many others already enshrined in Cooperstown, New York. Yet none have been elected and it’s entirely possible none ever  will.

Their crime – they were the poster children for the era of performance-enhancing drugs more commonly known as steroids. Some from that era, like McGwire, Jason Giambi, and Andy Pettitte, eventually admitted their guilt. Others – like Bonds, Clemens, Palmeiro, and Sosa – have not done so yet.

With such a vague definition of integrity, sportsmanship, and character, it’s truly up to each individual voter on what these criteria means to he or she.

So who decides who makes it and who doesn’t? Since its inception in 1936, a select group of BBWAA members, that’s who. Those voting for the charter group chose Cobb and Ruth along with Walter Johnson, Christy Mathewson, and Honus Wagner. Elections through 1939 were held annually, every  three years until 1945, annually from 1946-56, every other year from 1957-1965 and annually ever since.

In 2014, the criteria was changed so only those who have actively covered the game for the past 10 years would be eligible with a 10-year grace period for those no longer active. The new rules that sought to take away voting rights from old-timers who haven’t covered the game in eons reduced the eligible membership by 109 this year. According to ESPN senior writer David Schoenfield, those who under the new rules could no longer vote typically chose fewer members and none of the steroid-era players.

Voters generally receive their ballots in early November with a Dec. 31 deadline to return them. The results are announced less than one week later. Rules state no more than 40 candidates may be considered in any year with voters limited to 10 candidates with no write-ins allowed.

There were 32 names on the 2016 ballot. Ken Griffey Jr. was among 15 first-timers who joined 17 holdovers, including Mike Piazza, who remained eligible because they received at least 5 percent of the vote in 2015. They were the only two who made it this year.

Bonds, Clemens and Sosa again received enough votes to remain on the ballot next year, the fifth year each will be eligible with Sosa barely making it with just 7 percent. However, McGwire’s time on the regular ballot is up after only 10 years, a victim of a 2014 change that lowered the eligibility limit for years after retirement from 20 to 15 (he retired after the 2001 season). Those grandfathered to the ballot this year were Alan Trammell and Lee Smith.

McGwire and Trammell will now move to the Era Committee system which has no time limit for consideration. Palmeiro had to go that route in 2014 when he only received 25 votes (4.4 percent). Both he and McGwire now are the only players to hit at least 500 home runs to be removed from the ballot.

There’s still a chance though that Clemens and Bonds, to most the best pitcher and hitter of their era, will one day be elected as evidenced by their increasing voting percentages. Clemens, for example, received 37.6 percent in his first year of eligibility in 2013, a number that has gone up every year to 45.2 this  year. Bonds too reached his highest vote total this year at 44.3 percent. But in Schoenfield’s and other’s minds, the increases were small enough to merit them just a slim possibility of making it.

Much will depend on their competition. Most likely players like Jeff Bagwell (who received 71.6 percent in his fourth year of eligibility), Tim Raines (69.8 in his ninth), and Trevor Hoffman (67.3 in his first) will get in before the steroid group. Among those eligible next year if they remain retired include Vladimir Guerrero, Jorge Posada, and Manny Ramirez, and Pudge Rodriquez.

First-timers in 2018 include Chipper Jones, Jim Thome, and Omar Vizquel. Eligible in 2019 include Pettitte, Mariano Rivera and Michael Young. In 2020, the prime candidate will be Derek Jeter.

Interestingly, two eligible voters with the Dallas Morning News – Tim Cowlishaw and Rick Gosselin – revealed in the paper’s Jan. 3 issue they had voted for both Clemens and Bonds. A third – Evan Grant – didn’t vote for either.

Perfect or not, the system is here to stay. If nothing else, it sure does spur plenty of debate by anyone who loves baseball. 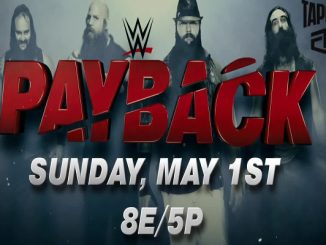 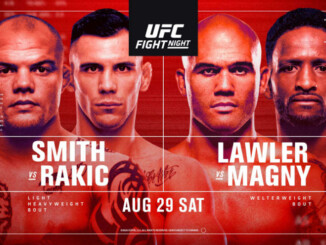