Here we are at the conclusion of All-Star weekend and it has been a pretty eventful season so far for the Dallas Mavericks.

Usually this would be a preview of the week to come, but this time I’m going to do a little season in review, and a little preview on what the Mavs need to do going down the stretch this season and into the playoffs.

The Mavericks are sitting at 36-19 and fifth in the madness that is the Western Conference.

The Mavs did something earlier this season that most teams don’t normally do in mid-season, a blockbuster trade. Although the trade for four-time All-Star Rajon Rondo and Dwight Powell mightily hurt the Mavs’ bench, it was still the near-perfect move for the Mavs.

This Mavs team is hands down, without a doubt better with Rondo on this squad. The starting five of Rajon Rondo and Monta Ellis at the guards, Chandler Parsons and Dirk at the forward positions, and Tyson Chandler at center is one of the best and most lethal starting line-ups in the NBA.

Although Rondo’s assist numbers have dropped off some since coming to Dallas, he is still an elite passer and draws a lot of attention from opposing defenses. Rondo is also an elite defender and takes pride in guarding the opposing team’s top perimeter player which means Monta doesn’t have to when they’re both on the floor. Losing Brandan Wright in that trade has meant that the Mavs are desperately lacking a producing back-up big behind Tyson Chandler.

Rick Carlisle has been forced to throw out guys like Greg Smith and Dwight Powell at the Center position and that hasn’t worked out for the most part. Some names that have been thrown around in the rumor mill of potential big men that could come to Dallas are Jermaine O’Neal and Amar’e Staudemire. The Mavs absolutely have to land at least one of those guys, the more realistic one being O’Neal, for them to make any major noise come the postseason.

If the Mavs can land both of those guys, then look out NBA.

The most impressive player for the Mavs so far this season has been Tyson Chandler. Chandler has been known to be injury prone throughout his career but has stayed healthy this season for the most part until injuring his ankle in the first quarter against the L.A. Clippers last week. Clippers Center DeAndre Jordan went off for 22 points and 27 rebounds that game with Chandler out which just goes to show you the real importance of the Mavs defensive anchor. Not to mention, Tyson has been a double-double machine with 23.

I wouldn’t go as far to say that Chandler Parsons’ game has disappointed me this season, but more of the fact that he hasn’t entirely played like a $15 million a year guy. Don’t get me wrong, Parsons has had some monster games and his near 16 PPG and 5 RPG are nice, but I think we’d all love to see a little higher numbers from a guy whose getting paid that much and has through the roof potential. I’d like to see Parsons be a little more aggressive on the offensive end these next couple months.

Even though Dirk is the lone All-Star for the Mavs, Monta Ellis got snubbed. Ellis should have been an All-Star. I understand that the West is just insanely loaded with All-Star caliber guards but Monta got overlooked completely once again. Monta is used to it by now; he has the highest career PPG average for a player that has never been selected to the All-Star team.

But, the most telling stats about Ellis are that he has now played in 219 consecutive games, and that he is one of the leaders in the NBA in scoring when the score is within five points during the last five minutes of the game. That means when the game is on the line, the ball is most likely in Monta’s hands. Crunch time used to be when Dirk knew he would have the ball in his hands and the team on his back. This season, however, that guy has been Monta and the Big German is perfectly okay with that.

The schedule gets pretty brutal down the stretch for the Mavs. 18 games will be played against the other top eight teams from the West, and three against the Oklahoma City Thunder who is not currently in the top eight, but that could very well change here down the stretch. I think the Mavs will begin to really figure everything out with Tyson and Rondo fully coming back from injury and the sky could be the limit for this special Mavs team come playoff time. 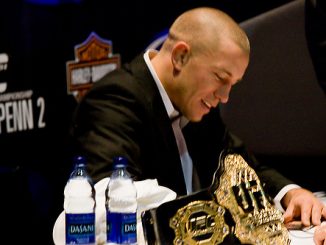 Would Georges St-Pierre vs. Conor McGregor be the Biggest Fight Ever 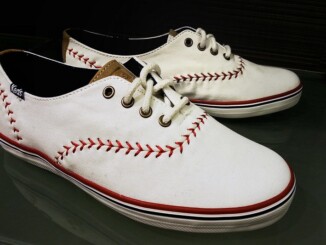