How The Seahawks Got Here
This team showed why they are the defending Super Bowl champions and are in position to win another one. They staged the greatest all time comeback in NFC Championship history, coming back from 16 points down at halftime to defeat the Packers 28-22 in overtime.

Russell Wilson showed incredible poise as he guided his team down the field  in the 4th quarter and in overtime to big time scoring drives. Special teams played a huge role in this comeback as Chris Matthews was the one to recover the onside kick attempt and set up another touchdown drive.

In overtime, they made kick work of the Packers defense as Wilson went 3/3 passing, including the game winning 35-yard touchdown pass to Jermaine Kearse.

This rally started remarkably with only 2:19 left in the fourth quarter when Seattle was trailing 19-7. It is the first time since 2004 that a team is going back to the Super Bowl after winning a championship the season before.

Seahawks Offense
This unit was completely rudderless in the first half, including four turnovers that set up short fields for Rodgers and the Packers offense. It was a version of the Seattle offense that has not shown itself all season.

The second half was a different story as Wilson found his legs and timing on his throws as was able to break off some key runs including a one yard touchdown run to bring hi steam to within 19-14, and make some big throws to sustain drives.

Marshawn Lynch also was able to get  back to his productive running ways as he helped the offense stay balanced against a tough Packers defense.

Seahawks Defense
Though they did allow Rodgers and the Packers offense to move it between the 20’s, they were pretty stout in the red zone, limiting the Packers to just one touchdown and settle for four field goals, a huge factor in setting up the miraculous comeback.

They were able to make Rodgers feel some pressure from their pass rush and get solid coverage on their receivers, making Rodgers having to be patient in the pocket, instead of snapping it off quick.

Their run defense was off at times but came up big late in the game, bottling up Lacy and making Green Bay a one dimensional offense.

How the Patriots Got Here
New England had a resounding performance in the AFC Championship game as they beat the Colts 45-7 at home. It was a complete performance by the team from start to finish as they took early control of the game and never looked back.

Tom Brady outside of one interception thrown, was in complete control as he hit his targets with consistency and went through the Colts defense very easily. His offensive line did a great job of keeping him upright as they neutralized any attempt by Indianapolis to generate a consistent pass rush. That gave Brady all the time he needed to find an open receiver and did so more times than not.

The run game came alive as LeGarrette Blount ran for 148 yards on 30 carries and wore down the Colts defensive line in doing so. This is the sixth trip to the Super Bowl for the Pats in the Brady/Belichick era.

Patriots Offense
Tom Brady and his group did whatever they wanted it seemed like against a Colts defense that could not figure out anything the Pats were throwing at them. The formations and personnel groupings were very effective as the receivers were able to get to their spots and stretch this defense out, which enabled Brady to throw into big windows to his playmakers with little for the Colts defenders to prevent that.

Brady finished 23/35 for 226 yards to earn a record sixth Super Bowl trip in his legendary career. Rob Gronkowski and Julian Edelman also had their moments as the Patriots blew this game open in the third quarter.

Patriots Defense
This group had a great bounce back game from the difficulties they suffered against the Ravens as they were able to smother any big play attempts by Andrew Luck and the Colts passing game.

Once again they took away Luck’s go to receiver in T.Y. Hilton and made other players for the Colts offense step up and beat them. It was something that Indy failed to do and the Pats took full advantage as they were then able to load up more on the pass rush and put more pressure on Luck.

The pass rush did get to Luck and made him move in and out of the pocket, which forced some bad throws, two of which were picked off.

Prediction
I see the Seahawks offense regrouping and being able to have a much better overall game against a Patriots defense that we have seen in past games be one to give up a lot of yards and points.

Interesting how Brady and the offense attacks this vaunted Seahawks defense that can be so hard to score touchdowns on and can get pressure on opposing quarterbacks with consistency. I see Seattle repeating as Super Bowl champions by defeating the Patriots 31-24. 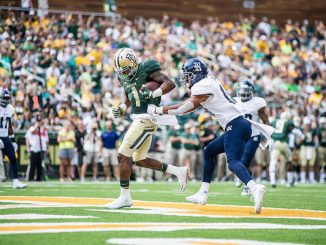 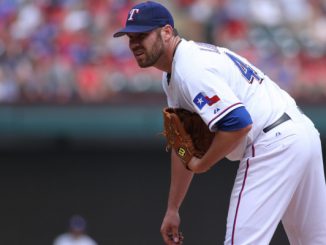 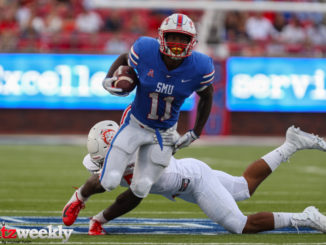