The week was setup perfectly for the Houston Rockets to show everyone, including themselves, how much of a Western Conference contender they really are. After losing to the the Clippers twice and getting upset by the Lakers, the Rockets (4-3) search for answers to get back on track. Here are five questions they need to answer:

Question #1: Who plays point guard?
Jeremy Lin had a combined 26 points, 12 assists, and four turnovers in the two games he did start this past week. Patrick Beverley returned against the Lakers into the starting lineup, and in his two games has a combined 22 points, 7 assists, and four turnovers. Beverley’s plus/minus in those two games, both losses, was a combined -19. The Rockets have got to make a decision on who starts and who comes off the bench. The team has a better regular season record with Lin starting.

Question #2: What happened to the defense?
Both losses to the Clippers were blowouts. They gave up a total of 244 points in two games. Their loss to the Lakers, 99-98, on a last second three-pointer by Steve Blake was made due to the lack of defense on an inbound play. The Lakers shot 45.7% from the three-point line hitting 16 of 35. They now rank 24th in the league for defense. No bueno.

Question #3: What is the offensive identity of the Rockets?
Coach Kevin McHale heralded his team a “running” offense, meaning that fast break points would be their calling card. With the addition of Dwight Howard the offense should change to funnel more plays through him. This past week you saw an offensive tug-of-war between both philosophies. Outside of their only win against the Blazers, the more James Harden scored the less Dwight Howard was effective and vice-versa. In Harden’s defense, it isn’t like Howard is really posting up on the block on calling for the ball like a big man should.

Question #4: Should Howard stay in the game during the last two minutes?
The Lakers fought their way back into the game by using the “Hack-A-Howard”. Ironically, his ex-coach Mike D’Antoni used it to win after condemning it last season. Howard shot a miserable 5 for 16 from the charity strike that night. Dallas tried to the same tactic a week earlier and made it a close game late in the fourth quarter. Coach McHale has got to make a decision on keeping Dwight in during close games in the final two minutes. Teams are 1-1 when they use it this season.

Question #5: Can the Rockets beat the better teams?
The Rockets missed a huge opportunity this past week to send a message to the rest of the Western Conference that they are the team to beat. At 4-3 with only two wins over above .500 teams, are they able to be considered in the top half of the conference? The upcoming week features only one team, the 76ers, with a winning record. 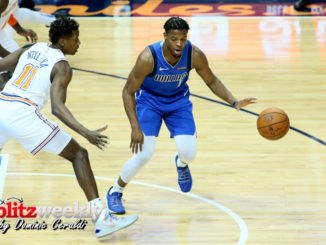