What once looked like another victory, turned into a nightmare of a loss for the Texas Rangers.

Mookie Betts hit a tying two-run homer with two outs in the ninth to propel the Boston Red Sox to four-run inning and an improbable 8-7 victory over the Rangers Friday night at Globe Life Park.

“In a game like this there’s a lot of emotion, a lot of excitement, “Jack Bradley Jr who went 1-for-3 with a 2-run homerun said. “It was a really big win for us and we just beat a really good team in the Rangers.”

The Red Sox Dustin Pedroia capped of the victory by coming home on a wild pitch that got past the catcher Bobby Wilson to score the games winning run.

“We caught a break on the wild pitch,” Red Sox manager John Farrell said. “This is a huge boost when you consider the confidence you can generate and gain from a win like this.”

The Rangers came out the gate on fire blasting 12 of their 16 hits off of the Red Sox ace starter David Price. The All-Star left-hander gave up a 375-foot homerun to Shin-Soo Choo to begin the game and never found a rhythm before leaving the game trailing 6-0. Price, who had pitched 8 innings each of his last three starts only lasted 2 1/3 innings while giving up six earned runs for his shortest outing since going 2 1/3 against the New York Yankees April 22, 2015.

“I’m definitely comfortable here, I just haven’t thrown the baseball (good),” Price said. “I’ve just got to come out and throw the baseball better against these guys.”

Thanks to their ninth inning collapse, the Rangers tasted defeated for only the second time in their last 10-games. They maintain a 9-game lead over the Houston Astros, which is currently the second biggest lead by a division leader in MLB.

Rangers manager Jeff Banister gave closer Sam Dyson another day off due to his insane early season workload. Dyson, with 13 consecutive saves since taking over as closer May 18, came in leading the majors with 39 appearances.

“I tried to give him (Dyson) a couple days and then get him back on track,” Banister said after the loss. “He’s a work horse but no one can withstand that type of pace. He’s on pace for 88 games; 88 appearances, that’s not condition to where we want to go.”

The ninth inning setup nicely for lefty Jake Diekman to close the show while Dyson rested. Unfortunately for the Rangers, Diekman gave up a walk and a hit before being pulled which set the scene for Betts game-changing blast off of Matt Bush.

Betts homerun was a 405-foot blast off an elevated fastball by Bush.

“We’ve got to have other guys out there to be able to pitch in those type of situations, other than Dyson,” a disappointed Banister said. 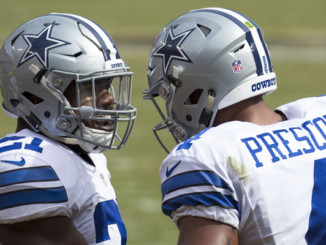 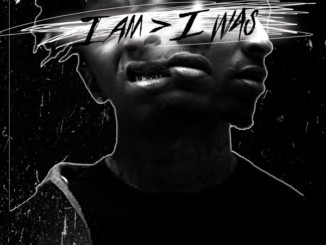