The Dallas Rattlers defeated the New York Lizards at Ford Center at The Star on Saturday night by a score of 15-11 to capture the first home victory—and third win in a row—of the 2019 season.

The Rattlers began the game in a 3-0 hole, giving up scores to Justin Reh, Brendan Kearns, and Rob Pannell at 3:32 into the game. However, the Rattlers surged back with a four-goal scoring burst from  Bradley Voigt (who had three of the four goals) and Bryce Wasserman to take the lead from New York. The rest of the first quarter was an offensive shootout, with both teams going back and forth on the scoresheet. After Dallas’ four goal burst, New York’s Kevin Crowley had a behind-the-back no-look goal to even up the game. Wasserman then scored again for the Rattlers to retake the lead, but New York’s Brendan Kearns scored his second of the game as well just over a minute later to eliminate Dallas’ advantage. Wasserman would later score the first goal of the second quarter (just 43 second in) to notch his third of the game and give Dallas a 6-5 lead.

McNamara got on the board again with 1:59 left in the half, scoring from the same spot that he had netted the first. New York’s Nick Aponte got on the board with 10:31 to go in the third quarter, which was also the first goal of the second half. After that, Dallas went on to score four unanswered goals from Kyle Buchanan (which was his first with the team in his first Rattlers’ appearance), Jake Seau, Radziewicz, and Voigt. Radziewicz and McNamara would later score back-to-back of each other for the second time in the game to close out the victory for the Rattlers.

On the other side of the ball, Dallas’ defense staunchly shutdown the Lizards’ attack. New York was only able to get off 21 shots on net in the game, with just seven in the second half. New York also suffered in turnovers, allowing 18 to the Rattlers during the game; Dallas only had 10.

The defeat over New York not only marks the first home win of the 2019 season, but the third win in a row, making Dallas the hottest team in the MLL. With the win, Dallas moves into 5th in the MLL standings, leapfrogging over the New York Lizards, who fall to 2-8 on the season. Dallas, on the other hand, is 3-7. 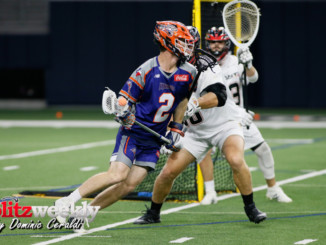 Rattlers lose to the Blaze 15-14 on Fan Appreciation Day 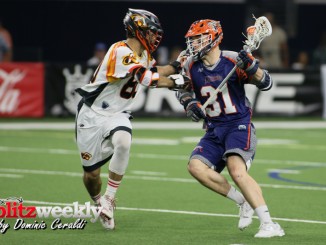 Rattlers beat the Blaze 15-14 in Overtime 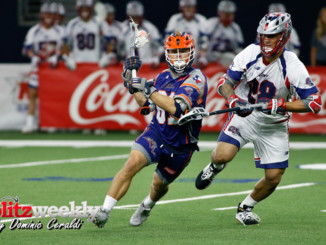 Cannons too much for Dallas Rattlers