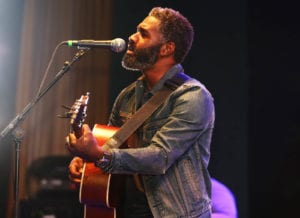 Photos and interview by Velton Hayworth
Blitz: First thing, great show tonight. It was my first time to see you guys.
Kirk Thurmond: Thanks!
So, I have to ask about influences. I’ve seen you guys labeled as soul. I hear a lot of Stevie Wonder and Earth, Wind and Fire…
Yeah.
So for somebody who’s never heard your band before, how would you describe your sound?
We always say soul, honestly. And we tend to name the same influences you listed, you nailed those. Also we draw on Bill Withers, stuff like that. Michael Jackson is a heavy one for us, all the Solid Gold stuff that I grew up listening to. We dig into that stuff and just make sure we can bring back some magical moments for the current generation, stuff that we remember. 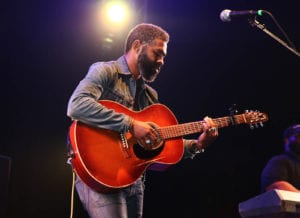 Were your parents musicians? Did they encourage you to get into the music?
Yeah, they were both very enthusiastic about music. My mom played piano as a kid. My dad was a fantastic singer. He taught my brothers and I to sing. So yeah, it was always around.
So when you compose music, what’s your medium? Guitar? Piano?
Mostly guitar, some piano once in a while. There’s a lot of stuff at the house.
Do you ever compose with the band?
Yeah. There’s some stuff that I flesh out at the house and just can’t help but finish them there, and others that I leave to be completed when the band’s together.
Deep Ellum has always been a bastion of musical culture, and it has gone through its share of changes through the years. A lot of the artists I talk to now say it’s falling to gentrification. What’s your take on that?
It has changed, a lot actually. But I don’t see Deep Ellum being more or less of anything so much as I’m seeing other parts of the metroplex picking up what Deep Ellum has dropped. So I’m starting to play a bunch of really great shows in Plano, a lot of really great shows in Los Colinas. A lot of places where we never would have played music before are picking up great talent and booking them, taking them out of Deep Ellum and paying them more. So I wouldn’t say all the changes that have come to Deep Ellum are bad, it’s just that they’re losing their share.
Right… so do you have any big tours lined up? A European tour maybe?
No, I think we are going to try to do some regional and U.S. stuff next year. Right now we’re focusing mostly writing music and recording. We’ve been a band for about six years, but we haven’t put out an album yet. It’s been all singles, kind of by design, kind of by circumstance. Anyway we’re saving all the big stuff for next year. 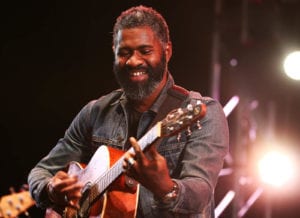 So musically, are you sticking to your roots or are you looking to do something new?
It’s developing. I’ll tell you that much. I’m starting to do more of my own production, mainly out of a few frustrations and means that have pushed me there, but I like it. It’s going like deep seventies to nineties. It’s really cool stuff.
So do you see yourself doing this in twenty years?
Absolutely! Probably more production and writing for other people, but I’m definitely glad to get my start here as an artist.
Are there any local bands that you listen to on your down time, or any that you’d like to give a shout out to?
Yeah. Like many bands The Texas Gentleman kind of brought me up. They were really kind to me early on, so I love those guys. And of course there are a lot of great local bands. There’s Daniel Porter, one of my favorite artist. I’m playing tonight with Cure for Paranoia, those guys are really talented. There’s a lot of great stuff out there.
Any favorite local Mom and Pop bars or restaurants?
Yes. A place in Oak Cliff called Small Brew Pub. I’ve known those guys since they were brewing beer in their back yard and now they’re an Oak Cliff staple, so I love those people. It’s my Cheers.
Any questions that no one ever asks you that you want to answer?
Ooh! That’s a good question. I wish I could think of one. Too used to answering the stock questions I guess.
(Laughs) Last one. Do you have any advice for kids who want to get into the music business?
Yeah. It’s not gonna be easy, but that doesn’t mean it’s not worth it. It’s gonna beat you up, and that’s how you become a good musician.
Great advice! Thanks for the great show tonight, and I really appreciate you taking to time to talk with me.
Thank You.
Check Out Kirk’s New Single
Kirk Thurmond & the Millennials 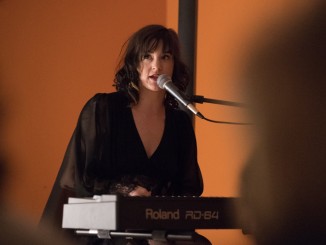 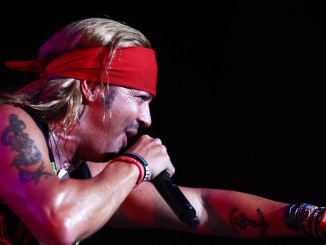