Imagine if 12 years ago someone told you that the pompous douche bag with the toupee on TV who says “You’re fired!” not only would just run for leader of our great nation but come close to winning with a campaign of hate and fear mongering. A man who has been quoted as saying “my fingers are long and beautiful, as has been well-documented, are various other parts of my body” in response to an insult made 20 years ago.

It feels like the bad guy from a 80s movie is trying to become our next president and it’s pretty terrifying how close he’s coming. His supporters believe that political correctness (PC) kills people, that it is destroying our nation.

Now I will be the first one to speak up and say I’m sick of cry bullies and PC police, because they actually exist. See I hate real things that exist, but not just like I hate existence and stuff, no I mean like shitty drivers or mosquitoes. Where am I going with this? I’ll get there I promise, but I wanna make sure it is kinda spelled out clearly that I don’t hate political correctness. A shocker right? “But Paul how can you hate PC police or political correctness police, if political correctness isn’t real?”

Well you’ve got me there, or no you don’t… psych! See PC police are very real, they are like grammar Nazis for society who don’t really help but feel like they are doing everyone a bunch of favors by being extremely sensitive and throw cry-baby tactics to bully others who don’t conform to them. The political correctness of the Republican Party is what I am speaking of, on the other hand though, well it doesn’t exist.

Think about it, many people who have silently protested Trump rallies have been thrown out by security, spat on and assaulted by his supporters, but no yeah, it’s these acts of “PC” that are the real threat. Do we smell the bullshit yet?

Here’s a scenario that might help, there is a term called “anchor baby” which if you Google it, the definition it brings up reads:
n. Offensive Used as a disparaging term for a child born to a noncitizen mother in a country that grants automatic citizenship to children born on its soil, especially when the child’s birthplace is thought to have been chosen in order to improve the mother’s or other relatives’ chances of securing eventual citizenship.

Yeah, is just about as dehumanizing as the N-word. Not wanting people to be called those things isn’t being PC, it’s just embodying the most basic level of decency. The GOP claims it is attacked by PC culture when it is called out for saying terms like “anchor baby” or that Mexicans  are sexual offenders.

GOP members say how much they hate PC yet they can’t see the irony of being offended when people, ah who am I kidding; when people like me, call them assholes. How can you say that Beyonce and Kendrick Lamar’s performances are racist? Isn’t the whole point of having a PC-free society mean that I can speak my mind and say how I feel or does that only apply to certain shades of pigmentation? 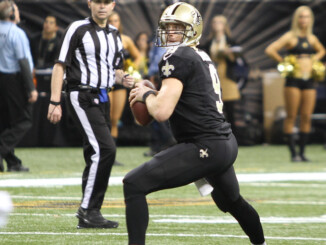