Photos and Blurb by Velton Hayworth

There was ‘Nothin’ But a Good Time’ to be had for the fans who packed the Pavilion at the Toyota Music Factory in Las Colinas on Saturday night for the trifecta of Poison, Cheap Trick and Pop Evil.

It can be a common occurrence these days to see one of your favorite bands from the past in concert and there’s only one original member surrounded by his band of mercenaries. On many occasions, the show may sound as good as the original band, but it’s just not quite the real thing.

For Saturday night’s show, Poison had all of their original band members and Cheap Trick featured all but one — Daxx Nielsen (Rick Nielsen’s son) was on drums.

“I’m really excited to see C.C. (Deville, guitar), Ricki (Rockett, drums) and Bobby (Dall, bass) again and to get together,” Posion lead singer Bret Michaels said to Eddie Trunk on SiriusXM. “And that’s where you put in all the really hard work, just cutting through the songs we wanna do. This year, we’re really gonna focus on putting back into the set ‘I Want Action,”I Won’t Forget You.”Fallen Angel,’some of the stuff that, when we were out with Def Leppard and out with KISS, Motley Crue and all these different bands co-headlining, what happened is your set’s a little shorter. Now we’re gonna put all that stuff in.

“And we appreciate it — don’t ever misunderstand me.” Michaels continued. “I love it. And last year with Def Leppard was great. But focusing on rehearsals is gonna be amazing. I’m excited.”

Pop Evil fans braved the sweltering heat to pack the house for their energy-packed show that started at 7 p.m. 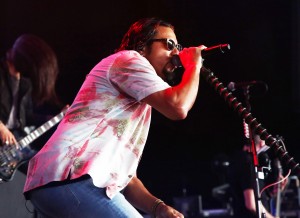 Cheap Trick followed at 8:20 p.m., taking the energy at one of DFW’s newest music venues to the next level while playing the seemingly endless catalog of classic hits. They kicked off their 13 song set with “Hello There” which is the first song on their iconic live album Cheap Trick at Budokan. 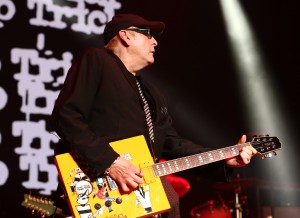 Poison stayed true to their word by delivering some straight-up in-your-face live rock and roll.

They kicked the set off with “Look What the Cat Dragged In” and wrapped things up with “Rock and Roll All Nite” as their encore. 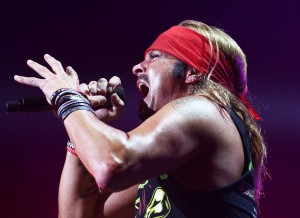 When all was said and done, you had two bands (Cheap Trick and Poison) who 30 years ago probably wouldn’t have been caught in the same zip code together, but on this night, they teamed up and put on a show worthy of their heydays.

You want your MTV? On this particular evening, you could still have it! 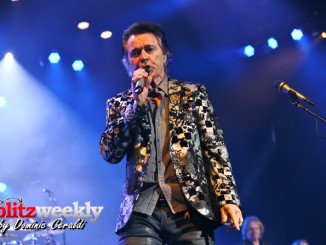 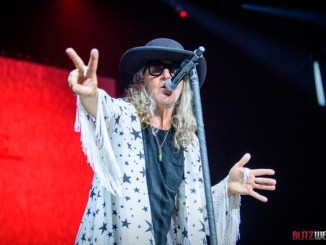 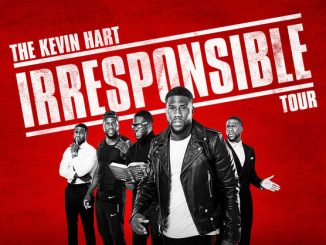