Who do the Cowboys need to shut down?
QB Carson Wentz – It’s the head of the beast that is the current best team in football. Carson Wentz has had about as good of a sophomore season as is possible now-a-days, pretty darn Marino-like in the way he’s getting there too. He’s bombing it and it’s a fun thing to watch. Wentz is hard to pigeon-hole and qualify him. At times, his offensive line gives him the time to be successful downfield. On the other times, his line will get caved in, and his pocket implodes, then we get to witness some magic. He’ll either just be bigger and stronger and make the throw with a defender stitched to his jersey, or use his athleticism to weave his way free of defenders and either get a uncovered receiver a chance downfield, or fire up field himself for a first down and then some. Objectively, he threw a touchdown in the redzone against Washington three weeks ago, and I just said to myself ‘This guy is a pocket hoss. Epic gamer.’ Wentz makes the games for the foreseeable future against the Eagles, both fiercely competitive and fun to watch. Objectivity.

Who on the Cowboys, needs to step up?
The Dallas Coaches – Ah, welcome back to the cross-hairs, coaches. I knew that not having Tyron Smith was a big deal, Holy S*** I didn’t realize that the Cowboys couldn’t pass the football without him. Dak Prescott couldn’t trust his backside protection (could you blame him?!?) so he couldn’t set properly. They didn’t shift any help towards Chaz Green, didn’t put a tight end over his way, didn’t do a damn thing to help either Chaz Green or Dak Prescott. Ridiculous. Terrible offensive adjustments. Or they would have been, if they were made.

Then there’s the defense, which doesn’t get off the hook too much either. How is it that Sean Lee matters that much to this defense?! I get it, Sean Lee is a great player, and what the Cowboys have on defense, but I didn’t feel that Anthony Hitchens had a bad game at all, but when Sean Lee goes down, it’s essentially game over. How exactly can’t the coaches spread the burden out across other players? I just don’t get it.

Which group will give the Cowboys trouble?
Everybody, but mainly the Eagles defensive front – This game isn’t going to go well for the Cowboys, but if Tyron Smith doesn’t play, oh my… That’s going to be BAD for Dak Prescott. The Eagles’ front is a killer group. Helmed by Fletcher Cox, a straight Ace-level monster. Then there’s Vinny Curry, Chris Long, the rookie Derek Barnett, Timmy Jernigan, and Brandon Graham. And they’re managed extremely well, none are overused and they stay fresh. And if the Cowboys have a four-man offensive line… not good.

Which group will give the Eagles trouble?
The Dallas Quarterback – Again, if no Tyron, good luck kid. But, this is exactly the type of circumstance that could help swell the lore of the young quarterback. Best team in the NFL. Division leader. No All-Pro left tackle. The Dak Prescott thing to do in this situation is to win this game. And I won’t count the kid out from doing just that. He is the underdog, who puts on his Cowboys’ cape and brings the hope to millions of Cowboys Nation.

What will it take for the Cowboys to win?
The closest to miracle, without going over. 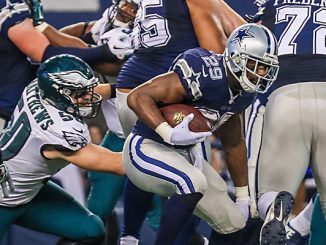 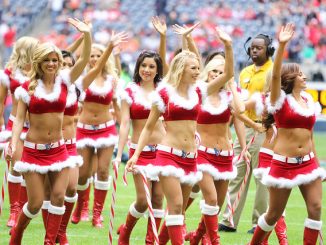