The PGA TOUR announced the 2015-16 season schedule of 47 FedExCup tournaments this week. There are several significant date changes are due to golf’s return to the 2016 Olympic Games in Rio de Janeiro and the men’s competition being held Aug. 11-14.

The DFW PGA Tour events, the AT&T Byron Nelson and the Colonial National Invitation Tournament, remain back-to-back on the schedule. After the Colonial went first in 2015, the events are back in their normal rotation with the Nelson taking place ahead of the Colonial. Notice, the Colonial is still without a title sponsor.

As far as the other Texas PGA Tour events go, there is a fifth event added to the Lone Star state as the World Golf Championships — Dell Match Play moves to Austin Country Club and will be contested March 21-27, the week before the Shell Houston Open. The Valero Texas Open in San Antonio moves from its spot next to Houston on the schedule to the last week in April where it is wedged between the RBC Heritage and the Zurich Classic of New Orleans.

The summer schedule sees many changes from a normal schedule, with the PGA Championship taking place one week after the Open Championship with the Canadian Open sandwiched between. The Quicken Loans National will be back at Congressional Country Club and moving to June while the Travelers Championship and John Deere Classic leave their traditional July slots to be contested in August. 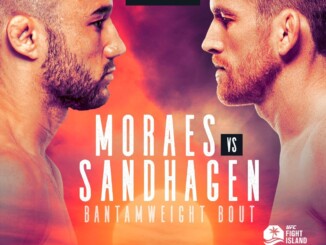 Is Godzilla vs. Kong the Film Theaters Need?