“The Oscars is the ultimate red carpet event for people who love movies, glamorous stars, and fashion,” said Jess Cagle.  “This year PEOPLE and EW are offering even more live red carpet pre-show coverage featuring celebrity interviews and style commentary, plus the opportunity to interact with fans on-site in the red carpet bleachers along with movie enthusiasts on social media leading up to the broadcast.”

The 90th Oscars will be held on Sunday, March 4, 2018, at the Dolby Theatre® at Hollywood & Highland Center® in Hollywood, and will be broadcast live on the ABC Television Network at 8 p.m. ET/5 p.m. PT.  The Oscars, produced by De Luca and Todd and hosted by Jimmy Kimmel, also will be televised in more than 225 countries and territories worldwide.  Additionally, “The Oscars: All Access” live stream from the red carpet and backstage will begin at 6:30 p.m. ET/3:30 p.m. PT on Oscar.com.  Presenters will include Viola Davis, Mahershala Ali, and Emma Stone with additional names to be announced.

Movies That Just Missed Being Made 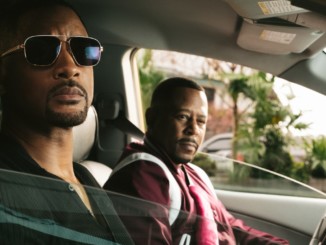