Three-time major winner Padraig Harrington was the last man standing when the Honda Classic ended in a playoff as part of a Monday finish at PGA National Resort & Spa. After being in control of the tournament on the 17th tee, a double bogey forced Harrington to drain a 15-foot birdie putt the 72nd hole to force a playoff with 21-year old Daniel Berger. After starting the day nine shots out of the lead, Berger’s final-round 64 tied for the low round of the tournament and had him waiting in the clubhouse for over an hour before the final group finished.

After both players parred the 18th on the first extra hole, they headed to No. 17 for what would be a reversal of fortune from regulation. Where Harrington found the water during regulation and Berger knocked it stiff for a huge birdie, the exact opposite would happen in the playoff. Harrington flagged his tee shot with a few feet and Berger, facing the pressure of getting his first PGA Tour win in his hometown with his mother in the gallery, proceeded to hit his tee ball in the water.

“It’s not about what it means to my career or what it means going forward,” Harrington said. “You don’t win that often. When you win, make sure you enjoy it.”

— Journeyman professional golfer Dan Olsen, who who last played a Tour event in 2011, said in a radio interview with Michigan station 730 AM The Game that Tiger Woods he had been told that had been suspended for a month by the PGA Tour.

“It’s not testosterone, but it’s something else,” Olsen told the station. “I think when it’s all said and done, he’s gonna surpass Lance Armstrong with infamy.”

Ty Votaw, the executive vice president of the PGA Tour, denied the claims brought forth by Olsen. “There is no truth whatsoever to these claims,” Votaw said. “We categorically deny these allegations.”

Over the past year, Woods has withdrawn with an injury three times including last month at Torrey pines and now has fallen outside of the top 70 in the world, meaning he is not eligible for this week’s WGC event at Doral

The PGA Tour released a statement Monday, saying, “Regarding the allegations made by Dan Olsen concerning Tiger Woods, there is no truth whatsoever to his claims and the PGA Tour categorically denies them.”

Shortly after, Olsen changed his story. “Everything I said on that radio interview was only my opinion and not based on any firsthand knowledge or facts,” Olsen told ESPN.com’s Michael Collins. “I want to make a full retraction to everything I said for the entire radio interview, and I apologize to Tiger, Nike, Phil [Mickelson], [commissioner] Tim Finchem and the PGA Tour.”

In the same interview, Olsen claimed that Woods played with a “cheater ball.”

Nike also issued a statement Monday denying Olsen’s claims: “Every ball Tiger has put in competitive play from Nike has been thoroughly tested and approved by the USGA and R&A in accordance with their governing rules.”

“We’re thrilled to add Quail Hollow Club to the growing list of exceptional venues to host The Presidents Cup,”PGA TOUR Commissioner Tim Finchem said, in a release. “Charlotte is a major hub of business in the Southeastern United States with a growing economy and broad base of sports fans, and The Presidents Cup matches perfectly as we look to bring it to exciting, emerging markets and allow a new fan base to experience the competition, pageantry and international goodwill that the event represents. Quail Hollow Club has been a player favorite since the PGA TOUR returned there in 2003, and we’re confident players, fans and sponsors from around the world will find Charlotte, the Carolinas and the course itself a remarkable setting for The Presidents Cup.” 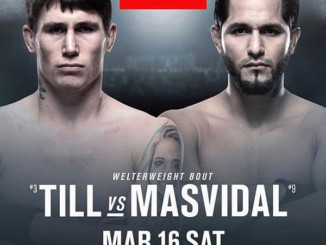 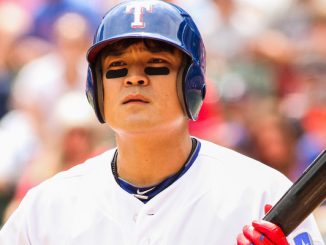